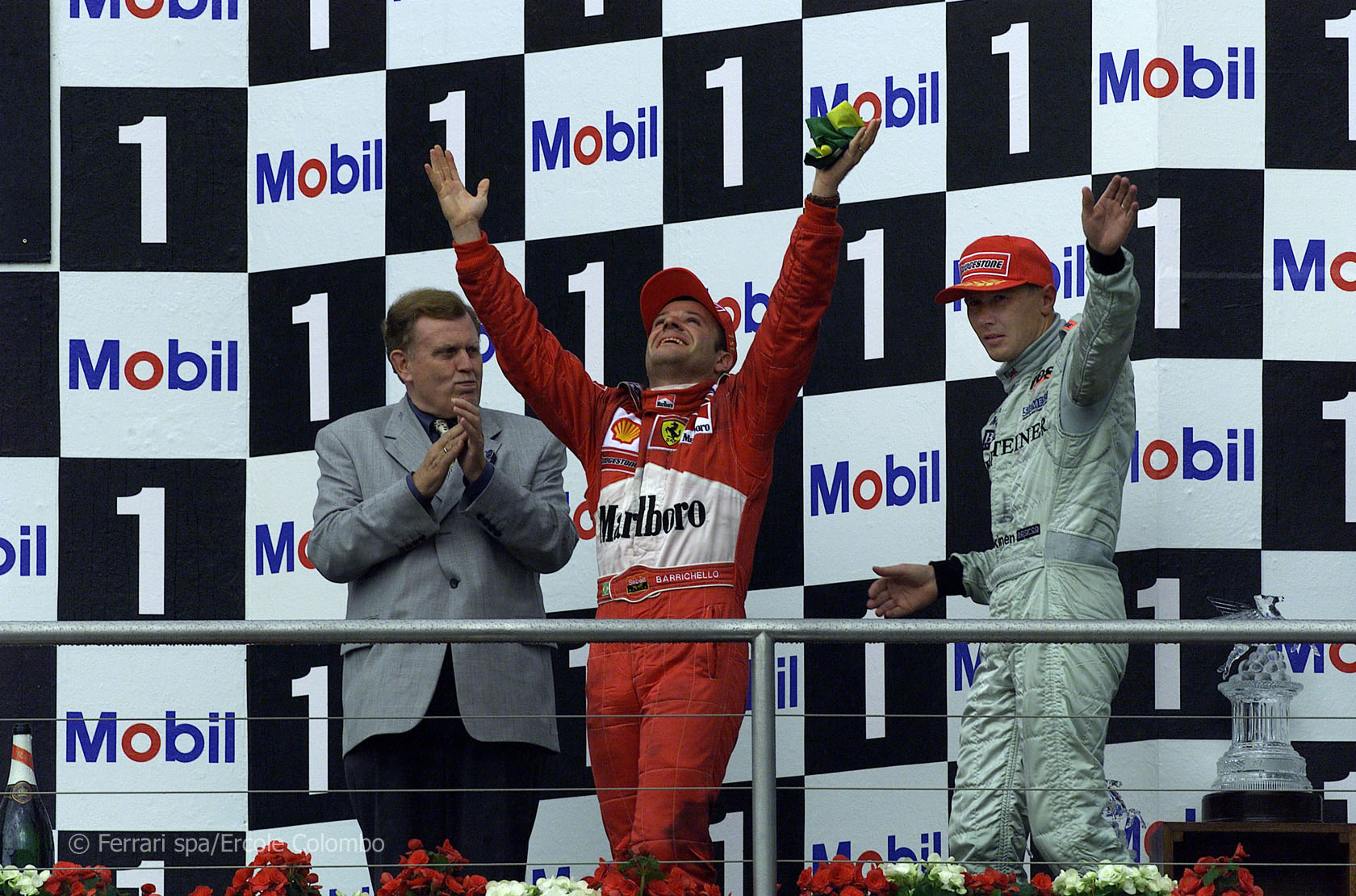 The news that Bruno Senna will drive for Williams this year appears to spell the end for the career of the most experienced F1 driver of all time.

Rubens Barrichello’s near-two decades of service in Formula 1 and seemingly insatiable passion for racing have won him many admirers. Even as he nears his 40th birthday, he retains his appetite for competition.

That much was clear when I asked Barrichello about his passion for racing last year: “I’m so enthusiastic about my job,” he said. “I’m so excited about going flat-out in the car.

“If you only have experience, you don’t have the will to do it. I’m running with the young guys and I don’t care, I’m going flat out, I’m enjoying myself.”

Just thinking about getting back behind the wheel was enough to crack a broad grin across his face. But his reputation as the ‘nice guy’ as Formula 1 hasn’t always served him well on the track – and never more so when it came up against the cynicism of Michael Schumacher-era Ferrari.

Ferrari’s insistence that Barrichello support Schumacher’s title ambitions were first made clear at Austria in 2001 when he was told to surrender second place to his team mate. Afterwards he insisted the team would not order him to do the same if he was leading the race.

At the same race 12 months later this claim was exposed as being utterly false. To a chorus of boos, Barrichello was once again ordered to yield to Schumacher, this time giving up victory. It mattered not that Schumacher had almost double the points of any other driver on his arrival at the A1-Ring.

Barrichello’s reputation was stained by his willingness to play the number two role. He received particularly scathing criticism at home, where to some his actions made him an unworthy successor to the likes of Emerson Fittipaldi, Nelson Piquet and the venerated Ayrton Senna.

When Barrichello left Ferrari at the end of 2005 – with questionable timing given that Schumacher followed him 12 months later – it seemed he would never again be a championship contender. Better days lay ahead, but they were some way off.

He spent three seasons with Honda, but in that time the team produced two supremely woeful cars. Nonetheless in 2008 an inspired drive by Barrichello in dire conditions at Silverstone put the RA108 – a car which didn’t even belong in the top ten – on the podium.

Wet conditions often brought out the best in Barrichello: whether it was holding a podium position in his third F1 start at Donington Park in 1993 before his Jordan ran out of fuel, or clinching an emotional second place for Stewart at Monaco in 1997, or his even-more-emotional first win in the drizzle at Hockenheim in 2000.

It is likely that, had Honda continued in 2009, Barrichello would have lost his seat to Bruno Senna then instead of yesterday. But Honda pulled the plug, Ross Brawn and Nick Fry staged an 11th-hour rescue of the team, and Barrichello was retained as a safe pair of hands alongside Jenson Button.

There were times in 2009 where Barrichello seemed to sense he was getting the number two treatment again. He was infuriated by the team’s strategy at Barcelona and the Nurburgring. But at times he proved a match for Button, ending a five-year victory drought in Valencia, and out-racing his team mate at Monza.

Barrichello’s best hope of starting a 20th season now rest with HRT, where the last ‘official’ place for 2012 remains. He and Pedro de la Rosa could give the squad a driver line-up with a combined age of 80 come the season-opener at Melbourne.

But a career that has spanned over 300 starts and 11 Grand Prix wins does not need a depressing coda featuring him circulating at the back of the pack, even further away from the front runners than he was with Williams last year.

At last year’s season finale in his home city of Sao Paulo, Barrichello made few concessions to the possibility that it might be his final race.

A conspicuous exception was the donning of a helmet in the colours of his friend and idol Ayrton Senna. By a strange quirk of fortune, it is Senna’s nephew who has replaced Barrichello at Williams.

“I wish my friend all the best,” said Barrichello on Twitter after the news was announced. A nice guy to the last.

If the name ‘Barrichello’ is missing from the entry list for round one for the first time in 20 years, his absence will be felt.