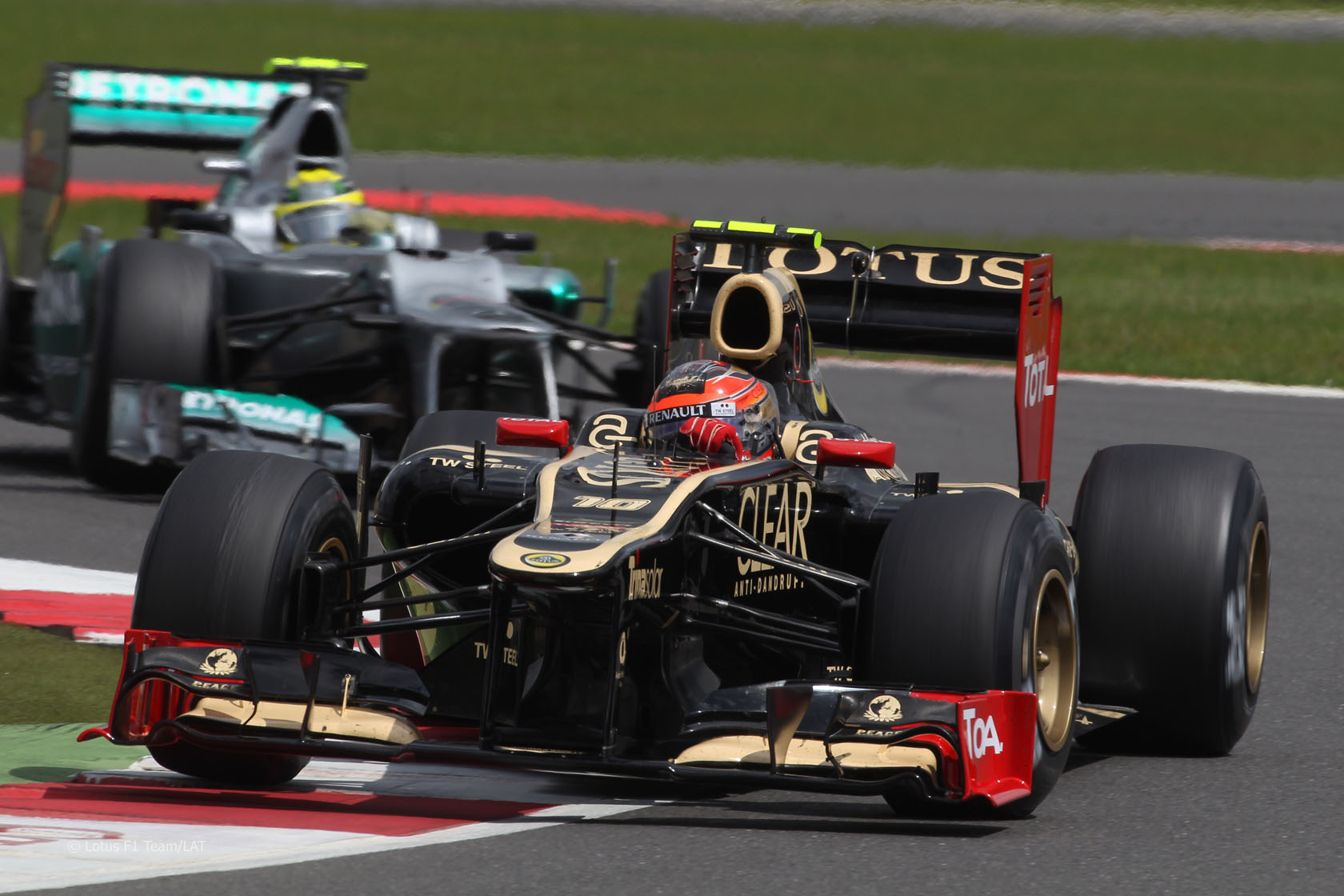 Romain Grosjean took an impressive sixth – only seven seconds behind his team mate – despite pitting on lap two.

But did Lotus punch beneath their weight again?

All the lap times by the drivers (in seconds, very slow laps excluded):

One of the more remarkable drives in the race was that of Romain Grosjean, who recovered to sixth place despite having pitted for a new front wing on the second lap. Fortunately for Grosjean he had started the race on the soft tyres, which proved to be the less competitive compound, so he was able to run his remaining stint on the hard tyres.

Even so he did a remarkable job both in nursing his tyres over stints of 24 and 26 laps and in cutting through the slower cars without losing much time. He finished the race less than seven seconds behind his team mate.

He said: “The team did a fantastic job in giving me a great race strategy and we believed in ourselves to go for long stints with both sets of hard tyres.

“I was still battling hard with the cars around me, but trying to save the tyres at the same time. It became harder towards the end of the race but I hung on to my sixth place. Kimi [Raikkonen] was too far in front of me to catch him at the end of the race.”

All the same it does rather point to yet another instance of Lotus having a competitive car and failing to achieve the result they were capable of. Particularly when we take into consideration Grosjean’s compromised qualifying effort and the presence of both cars at the top of the fastest lap table.

Caterham’s much-vaunted major upgrade seemingly failed to bear fruit. But poor weather during and before the race kept them from realising its full potential.

Technical director Mark Smith said: “On Friday we are running the aero test we had to postpone earlier this week because of the weather and that will help us make sure we can optimise the whole package we brought to Silverstone.

“We know we have progressed but we just were not able to show it today so we will focus on doing so at the last two races before the summer break in Germany and Hungary.”

Team principal Tony Fernandes said contact with a Toro Rosso cost Heikki Kovalainen “20 to 30 points of downforce” which “can mean up to a second”, though this figure is best taken with a pinch of salt.