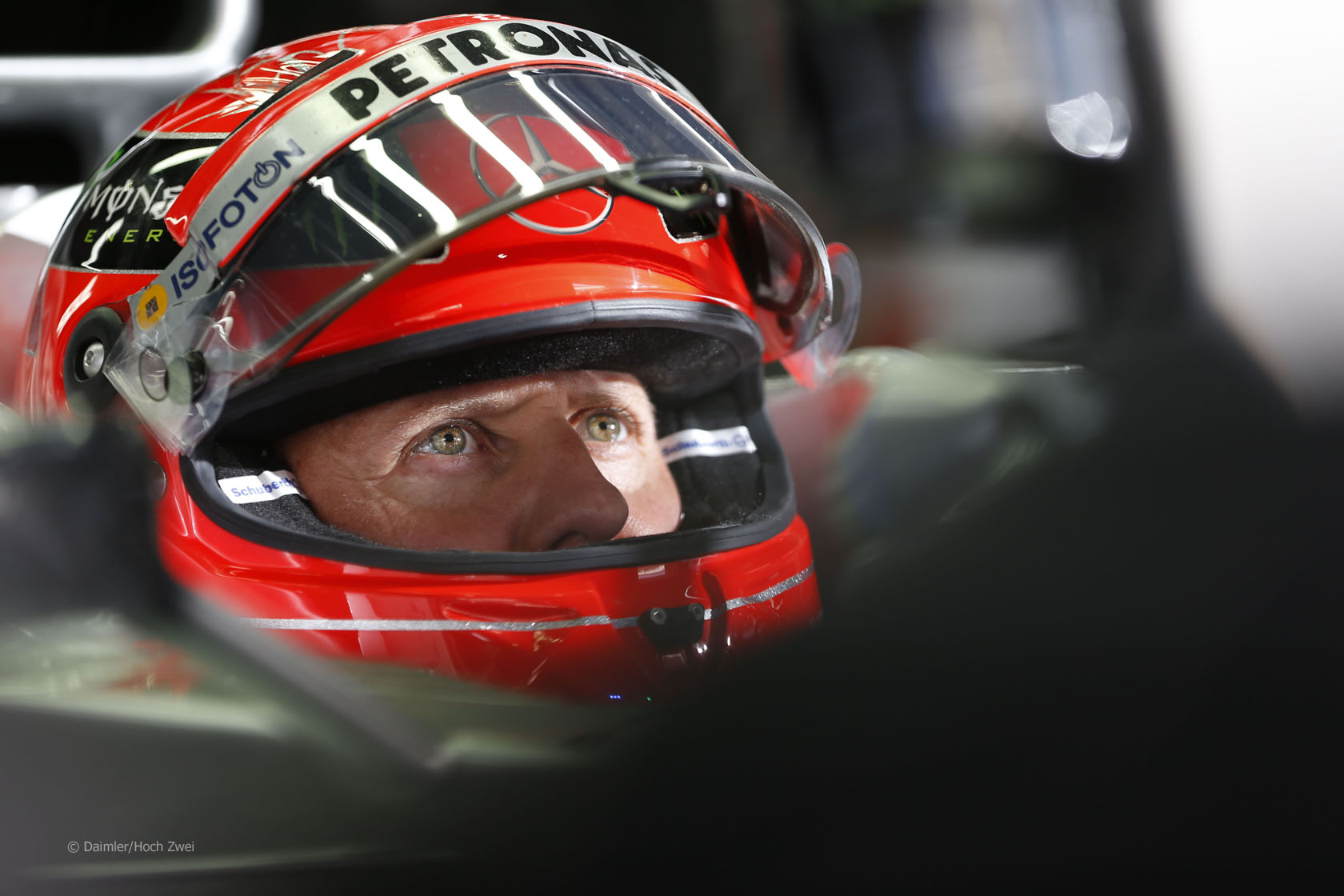 Asked about his memories of racing against Alonso, Schumacher said: “Obviously with Fernando I have had quite a few more years together, competing and fighting championships. Obviously that is slightly different in this respect and it was tough moments.”

Schumacher joked: “He was, unfortunately, in quite a few moments looking very strong and doing too good a job, honestly. He should have taken it easy and look after the old man.”

Alonso said he will “always remember the privilege to race and compete with someone like Michael that will be recorded in history in Formula One maybe for a very long time”.

“We’ve been there, we’ve been on the grid close to him and as Michael says some good fights and great respect on the circuits and always constantly learning with someone that changed a little bit this sport,” he added.

“He was my childhood hero”

Schumacher said he felt pride at seeing Vettel’s success in Formula One: “On Seb’s side we’ve been friend for a long time. I’ve followed his career into Formula One and seeing him do so well obviously makes me proud.

“Because we’ve both grown up on kind of my home track in Kerpen and to see where he’s started, to end up kind of being dominant for quite a while recently, that’s quite an achievement.”

Vettel described how his relationship with Schumacher has changed over the years: “It’s obviously a little bit different for Fernando than it is for me because obviously I had the privilege to meet Michael when I was a small kid.

“He was my childhood hero – I mean maybe he can close his ears now – but he was a true inspiration back then for me and other kids, as he mentioned, in Kerpen. He was our hero and obviously we had the honour to meet him.

“He was taking care of the championship held in Kerpen and came to the last race, gave all the trophies to everyone, every child. More than a hundred at a time so he was very patient. Now obviously I understand that the busy schedule he had, taking that extra time for the fans but especially for us, for the kids racing, was something very special, a very special memory.

“When I met him the first time obviously I didn’t know what to sat because I didn’t want to ask something stupid but for sure I remember these moments and then later on and today I think it’s a little bit different became you are more grown up and have a normal relationship.

“So when I talk to him now it doesn’t feel like talking to my childhood hero it feels like talking to Michael so I see the person rather than what he has achieved. But obviously you remind yourself that and the fact that I was racing against him the last couple of years, unfortunately not as close as probably he shared with Fernando.

“Still that thought or that image was very far away when I was a small kid because he was already in Formula One but for me it was a dream, so very far away. But a very special last couple of years, very special I think the relationship we share and I think he will always be an inspiration for myself.”

Schumacher said he did not feel sadness ahead of his final F1 race this weekend, adding he’ll “just take the best out of it and enjoy it as much as I can”.

“I have tried that mission to end successful, it didn’t work this time, but I’m quite happy to finish from here and then go for a different life again.”

Reflecting on “20 mostly good years” Schumacher added: “I just remember when I was in the early days I said that if I’m going to do this four of five years that’s going to be probably most of it and then I will be tired and I can’t see myself longer than this. And obviously it became almost 21 years.

“I’m pretty sure it’s difficult for those guys to imagine that long time ahead but let’s see.”

30 comments on “Vettel and Alonso pay tribute to Schumacher”