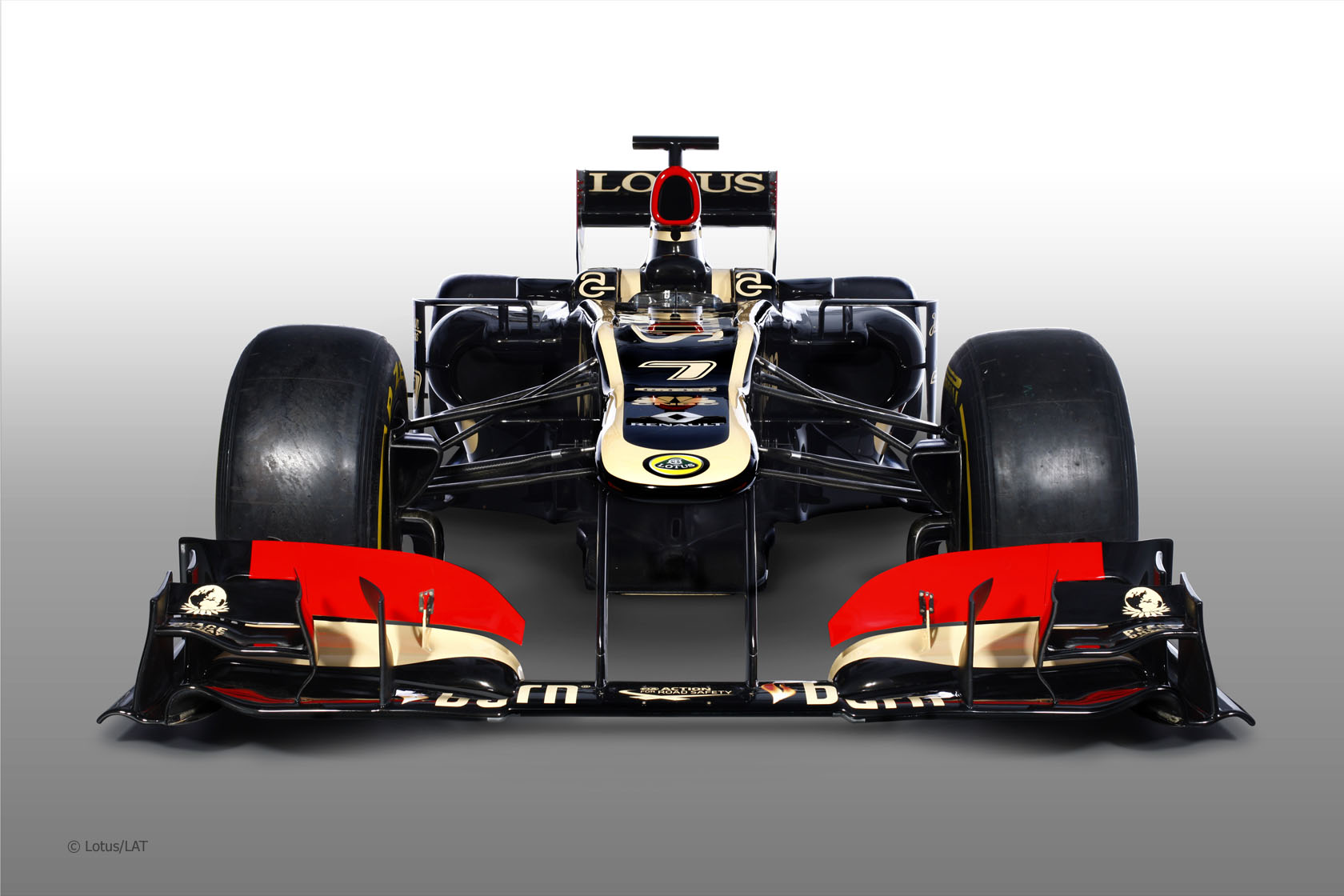 The Lotus E21 has become the first new F1 car of the 2013 to break cover after it was revealed by the team at its factory.

Team principal Eric Boullier said the squad are aiming for the top three in the constructors’ championship with their new car.

The E21 features a step in its nose despite teams being allowed to use a ‘vanity panel’ to cover them if they choose. Technical director James Allison said: “we have not done it yet because the cosmetic panel would weigh a few grams and with a Formula One car putting a few grams on that you don’t need to is anathema to us.

“However if we find a cosmetic panel that looks nice but, much more importantly and crucially, develops a bit of downforce, then we’ll pop it on quick as you like.”

The team have retained Kimi Raikkonen and Romain Grosjean for their 2013 campaign and the pair will start their second year together as team mates.

Also unchanged is the team’s engine supplier, Renault. This is the second car the team has produced since changing its name to Lotus.

It carries on the model designation introduced last year: the E21 is the 21st car produced by this team in its four different identities: Toleman, Benetton, Renault and Lotus.