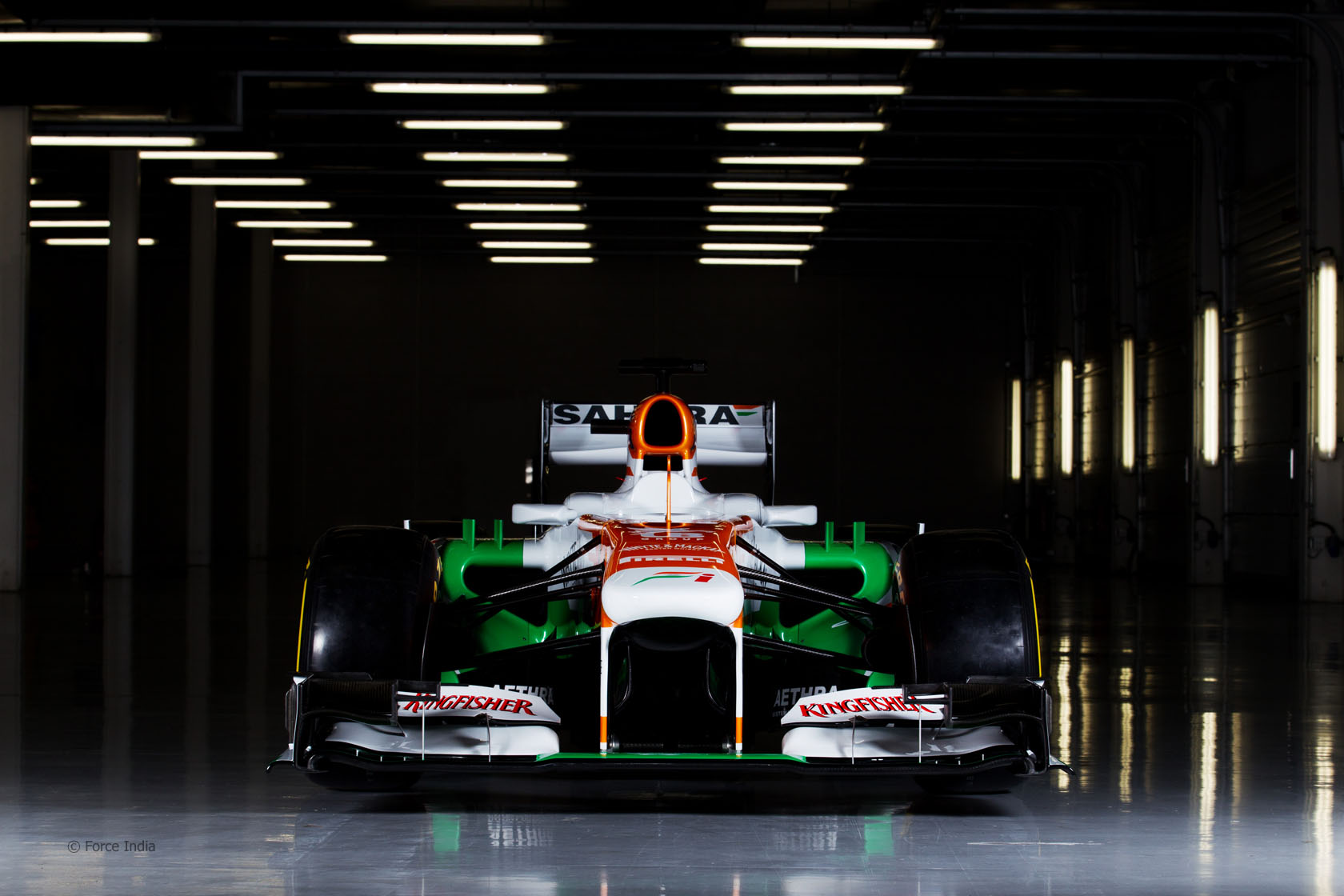 The Force India VJM06 has been revealed for the first time. The fourth F1 car to be revealed this year broke cover today at Silverstone.

Force India fell from sixth to seventh in the championship despite increasing their points haul.

Paul di Resta has been announced as one of the team’s drivers for this season however the identity of his team mate is yet to be confirmed. Deputy team principal Bob Fernley said they were not naming his team mate today as they “didn’t want to confuse the two stories”.

Force India’s chief operating officer Otmar Szafnauer said the team began work on its 2013 car earlier than usual: “We stopped development of the last car in the latter half of last year, and that’s given us a great platform to work from.”

“I expect it to be very competitive this year. The regulations are stable and I expect the field to be as competitive, perhaps even more so than it was in 2012.”

Technical director Andrew Green said the limited scope for innovation under the technical rules forced them to be more aggressive in their pursuit of performance:

“Gains are harder and harder to find due to the regulation stability, so we couldn’t hold back. We had to redesign everything to maximise the potential of the car.”

He added that the team’s focus in testing will be getting to the bottom of Pirelli’s new tyres for 2013: “The new tyres haven’t had too much of an impact on this year’s design. It’s been quite small, really.

“We’ve left ourselves a few options to look after the tyres and keep them in their optimum windows.

“What it will do is drive our winter test programme massively. Our focus in testing will be all around the tyres. It’s one thing we don’t really understand at the moment and we probably won’t until we start running them.

“Ever in winter testing it will be difficult to get the complete picture, running around Barcelona is not going to be the same as running in Melbourne.”