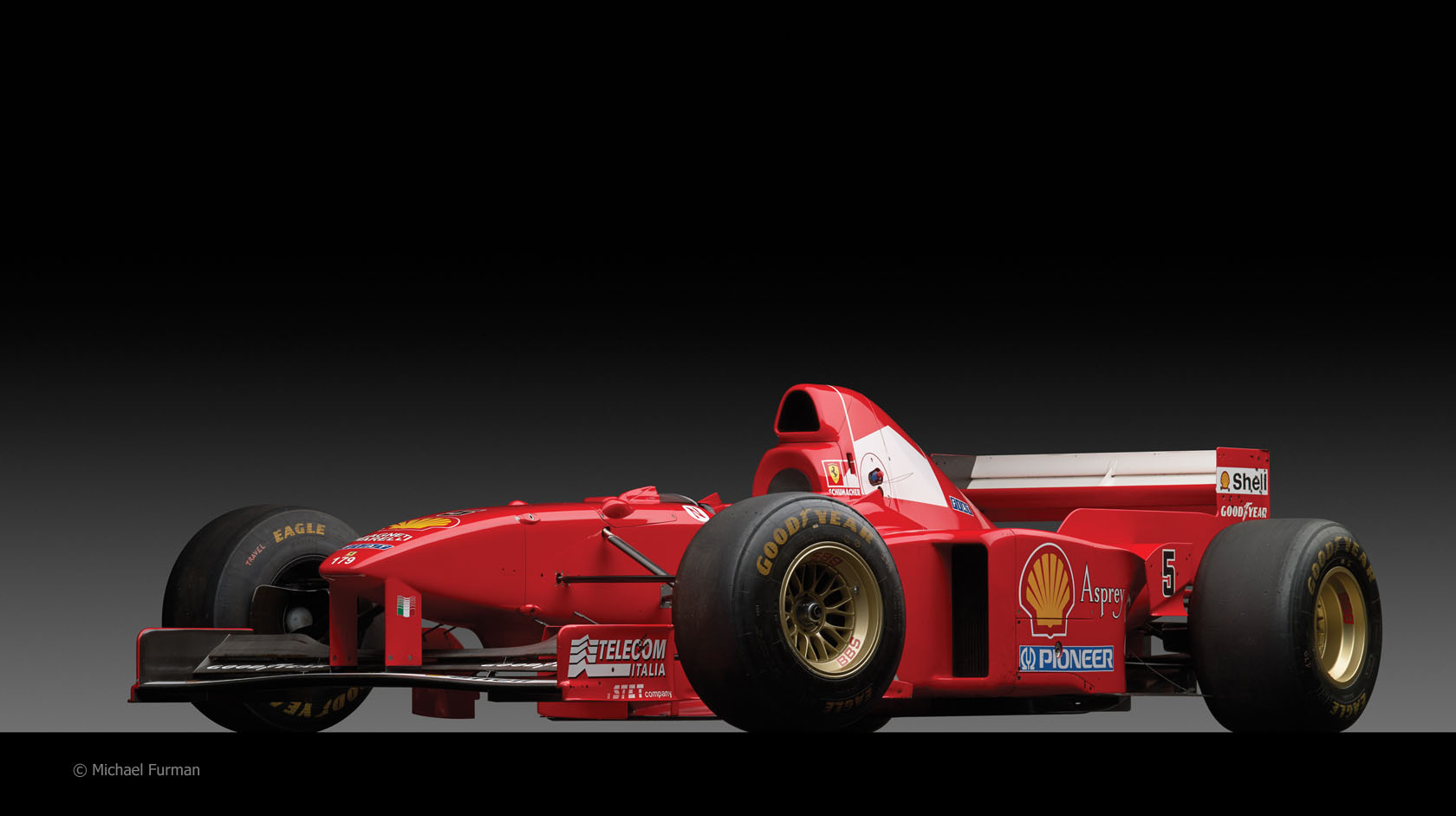 This Ferrari F310B which was driven by Michael Schumacher during the 1997 season is set to go on sale at auction next month.

It was the last Ferrari to be designed by John Barnard, who left the team before the beginning of the season. It was also the last of Ferrari’s ‘wide track’ cars, before the 1998 regulations enforced a narrower chassis width, as well as the use of grooved tyres.

Schumacher won the Monaco, Canadian, French, Belgian and Japanese Grands Prix at the wheel of an F310B. He was not classified in the championship that year after being stripped of his points following a collision with Jacques Villeneuve in the final race at Jerez.

None of Schumacher’s wins that season came at the wheel of this particular chassis, number 179. This was a development of the original F310B with a lighter body and higher fuel capacity.

Schumacher drove the car during practice at the car at Spa-Francorchamps. But on race day this chassis was set up for dry conditions and, when it rained, Schumacher used his other chassis which was prepared for wet weather – and won.

Following that the car was driven by team mate Eddie Irvine. He drove it to eighth place at Monza, then retired in the Austrian Grand Prix after tangling with Jean Alesi, the Benetton bouncing over the nose of this very car.

The car has since been used at Ferrari’s F1 Clienti events. It is being sold by RM Auctions and will be auctioned on November 21st at the Art of the Automobile sale in New York.