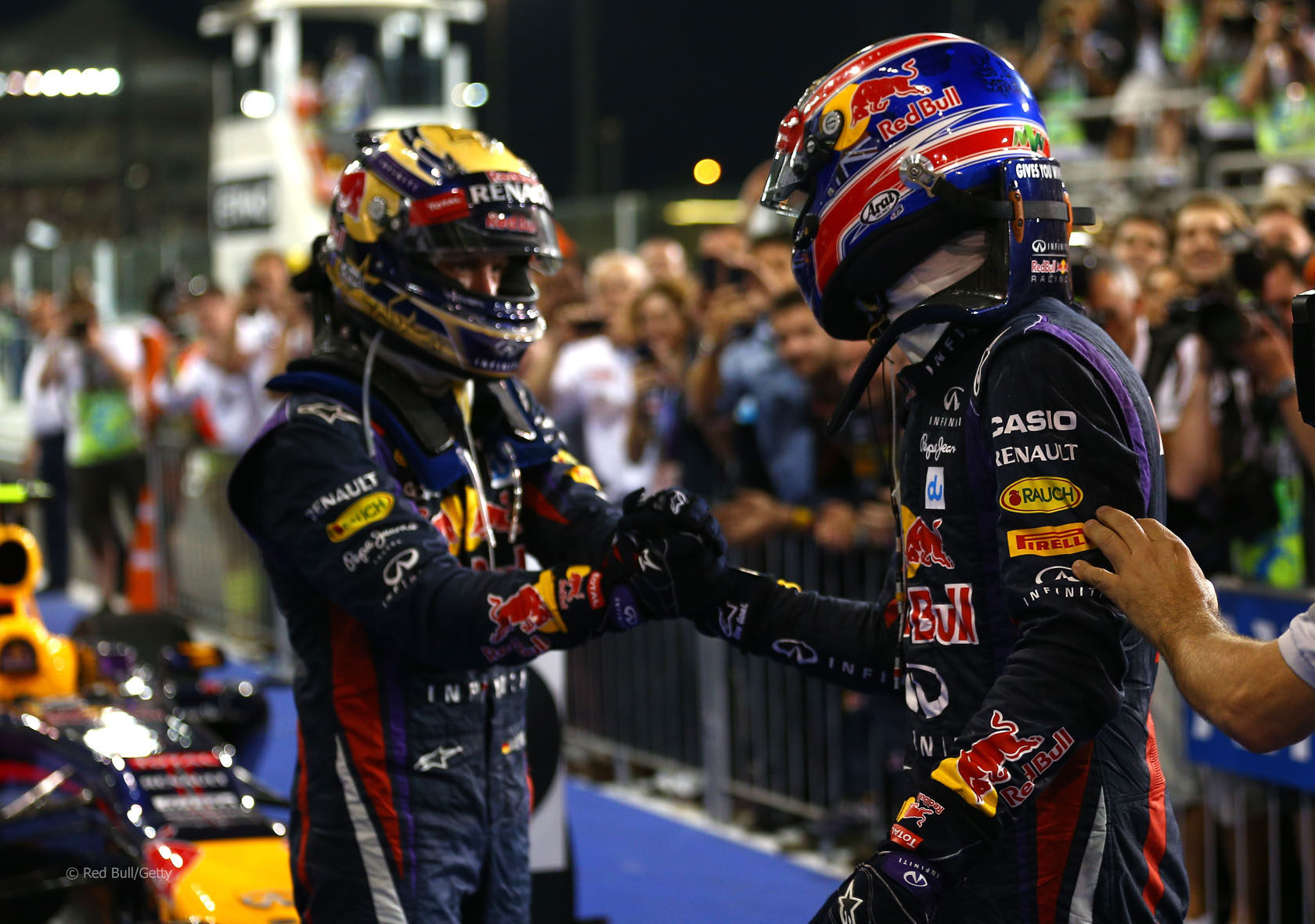 Red Bull were celebrating with doughnuts again in Abu Dhabi – and this time Mark Webber joined in as well.

Despite collecting a €25,000 fine after Sebastian Vettel celebrated his fourth world championship win by performing doughnuts in India, both their drivers repeated the feat after their one-two finish yesterday. “I’ve counted, that’s $125,000,” joked Vettel’s race engineer Guillaume Rocquelin after watching Vettel’s performance at turn seven on his victory lap. “And by the way you can pay that one!” added team principal Christian Horner.

In India the stewards fined Red Bull because Vettel did not return his car to parc ferme after his antics on the start line. This time Vettel made sure he did after being repeatedly warned by Rocquelin.

“Sorry to be on your case but to be clear you do need to bring it home, OK? In the garage.” Vettel, referencing Kimi Raikkonen’s celebrated comments during last year’s race, answered: “To let me quote: yeah, yeah, yeah – I know what I’m doing”.

This time the stewards did not censure Red Bull or either of the drivers after the race.

“It was spontaneous,” said Vettel afterwards. “Obviously I had the experience last week but entering the sort of stadium, I thought it was a very, very good spot, I made sure there was nobody around and I was far away from the lines.”

“I think if we are in a position to think about that then obviously it’s very special because it means we had a very, very good result in the race. So I think there’s a lot of work before we get to decide whether we can do it again or not.”

Red Bull have developed a taste for doughnuts recently, performing more on the helipad of the Burj Al Arab hotel in Dubai last week.