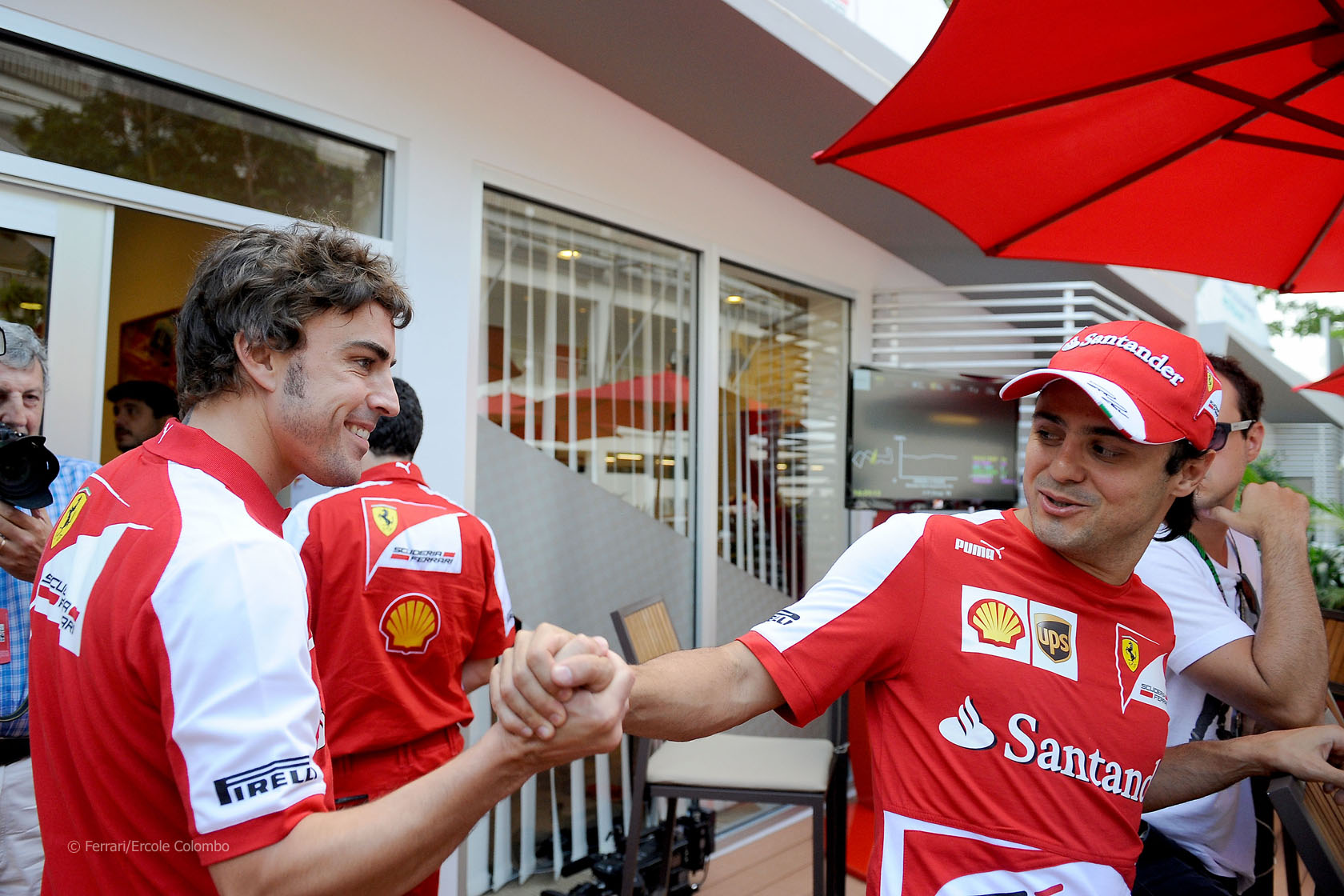 Fernando Alonso is an even stronger team mate than Michael Schumacher was, according to Felipe Massa.

Massa, who has two races left with Ferrari before leaving the team, is the only driver to have partnered both seven-times champion Schumacher and twice-champion Alonso in F1.

“Schumacher was as quick, but in terms of intelligence, Alonso is better because he manages to put everything together perfectly,” said Massa, who was Schumacher’s team mate in 2006 and has partnered Alonso since 2010.

“It is one hundred percent down to him and his car,” said Massa.

“Because it?óÔé¼Ôäós true he drives the quickest and most consistent car. But then it?óÔé¼Ôäós he who manages to extract its potential, who takes pole, who puts six tenths over on everyone, including his team-mate. He?óÔé¼Ôäós a fantastic driver.”

Asked about his own world championship near-miss in 2008, when he lost to Lewis Hamilton by a single point, Massa said he agreed with team principal Stefano Domenicali’s view that he deserved the title:

“One hundred percent yes. I deserved the title, taking into account the season and everything that happened…”

134 comments on “Alonso stronger than Schumacher was – Massa”