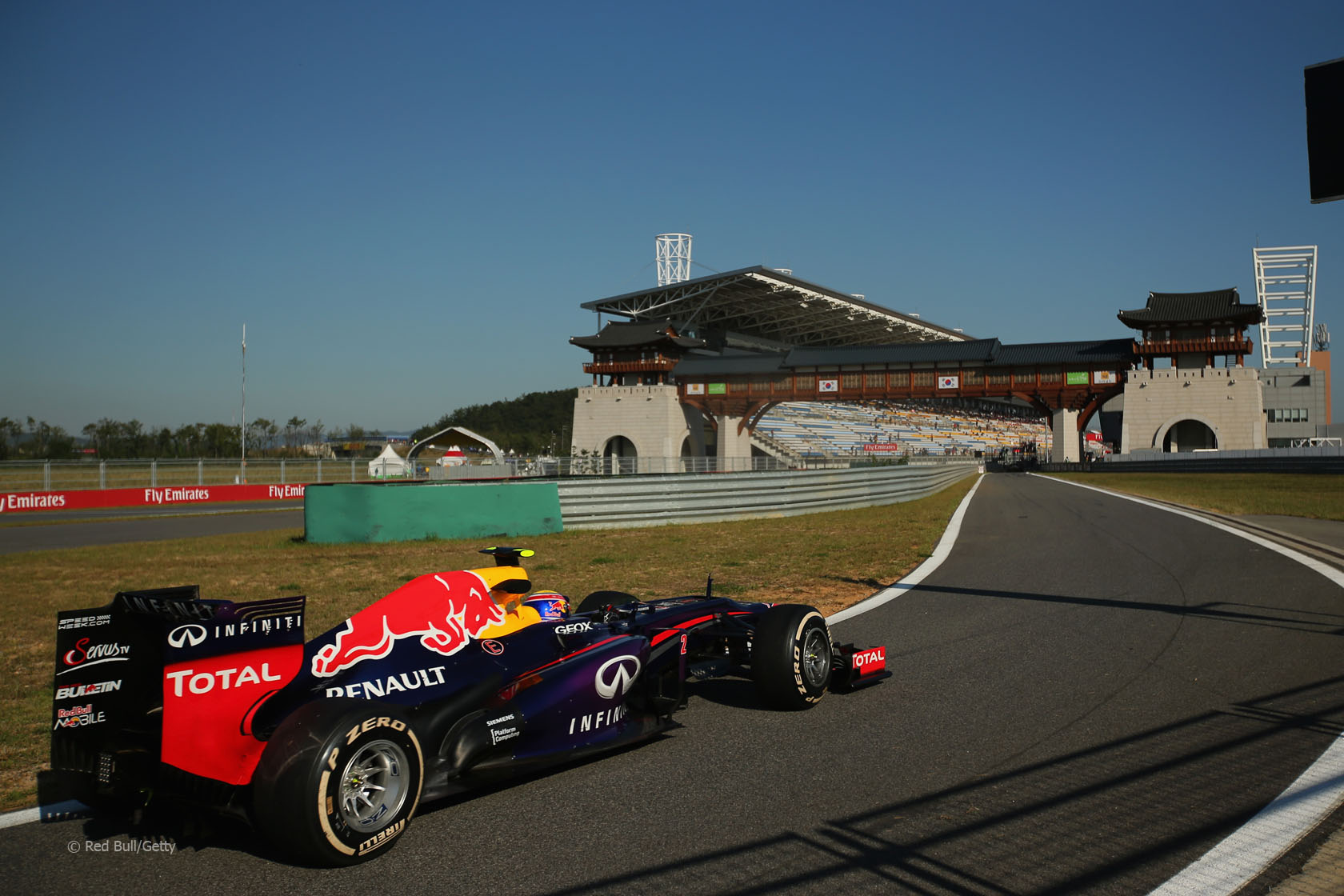 Mark Webber says he’s leaving Formula One because the negative aspects of the sport outweigh the positive sides of it for him.

Speaking at the press conference for the Brazilian Grand Prix, his last race as an F1 driver, Webber said: “I wouldn’t be leaving if there wasn’t things I’m not happy to leave behind.”

Webber has often spoken of his distaste for the current style of racing, in particular the use of high degradation tyres which have to be treated gently, part of a package of changes introduced to improve the quality of racing.

“I think that we’ve had a lot of changes in the last three or four years, obviously,” said Webber.

“The racing’s gone through some boring phases, obviously, so we’ve introduced some DRS, things like that, things which I think have been a benefit to the sport, has taken a little bit of the tradition out of it, I suppose. Some of the passing moves and things like that which probably were not as difficult to achieve as years gone by they are achievable now so that’s a little bit fabricated but good for the neutral at home.

“Then obviously yeah tyres we’ve had some challenging times on those as drivers and as teams trying to understand particularly the new brand these days of heavily modified pace during races is probably not as rewarding as it was but that’s the way it is. Can’t always have it, I’ve driven in so many regulations – one championship but so many different scenarios. So yeah generally you have to enjoy it, it’s your job.” Webber admitted he found the sport more satisfying earlier in his career. “I think the hardest and most difficult cars to drive were certainly in the mid-2000s, obviously when we had all the refuelling and the tyre war.”

“Those cars were tricky and you had to push every time you went out. There was no such thing as pacing it at any point really in qualifying, practice or Sunday afternoon. So really was a tight envelope for a grand prix driver in those years to operate and that was what we were trained and we aspire to do. So they were good times.

“Obviously a lot of power as well, the V10s were plenty of horsepower so the lap times that were floating around then were pretty impressive, and in the early 2000s as well, to a degree.”

However Webber admitted there are still “certain situations in Formula One which are super-rewarding”.

“Obviously driving the car on the limit at certain venues is still very satisfying, no question about it,” he said. “You’ve got Suzuka, Spa, Monte-Carlo. Come qualifying day, even racing at certain circuits it’s very challenging and rewarding so I’ll miss some of that.”

“But like I said I’m on a little bit of a slippery slope now obviously in terms… you’ve got to be careful not to test it too much in terms of your performance and what you used to be able to do. I still think I’m driving well but I don’t want to be around not driving well.

“It’s inevitable you’re going to miss certain parts. For sure the adrenaline and working with people like Adrian Newey, stuff like that, you don’t get to do that often, obviously. That’ll leave something which you’ll miss a bit but there comes a time when you’ve got to let go.”

“I’ll still have good adrenaline next year obviously with Porsche and yeah, that’ll be a good balance.”

71 comments on “Webber finds “more negatives than positives” in F1”