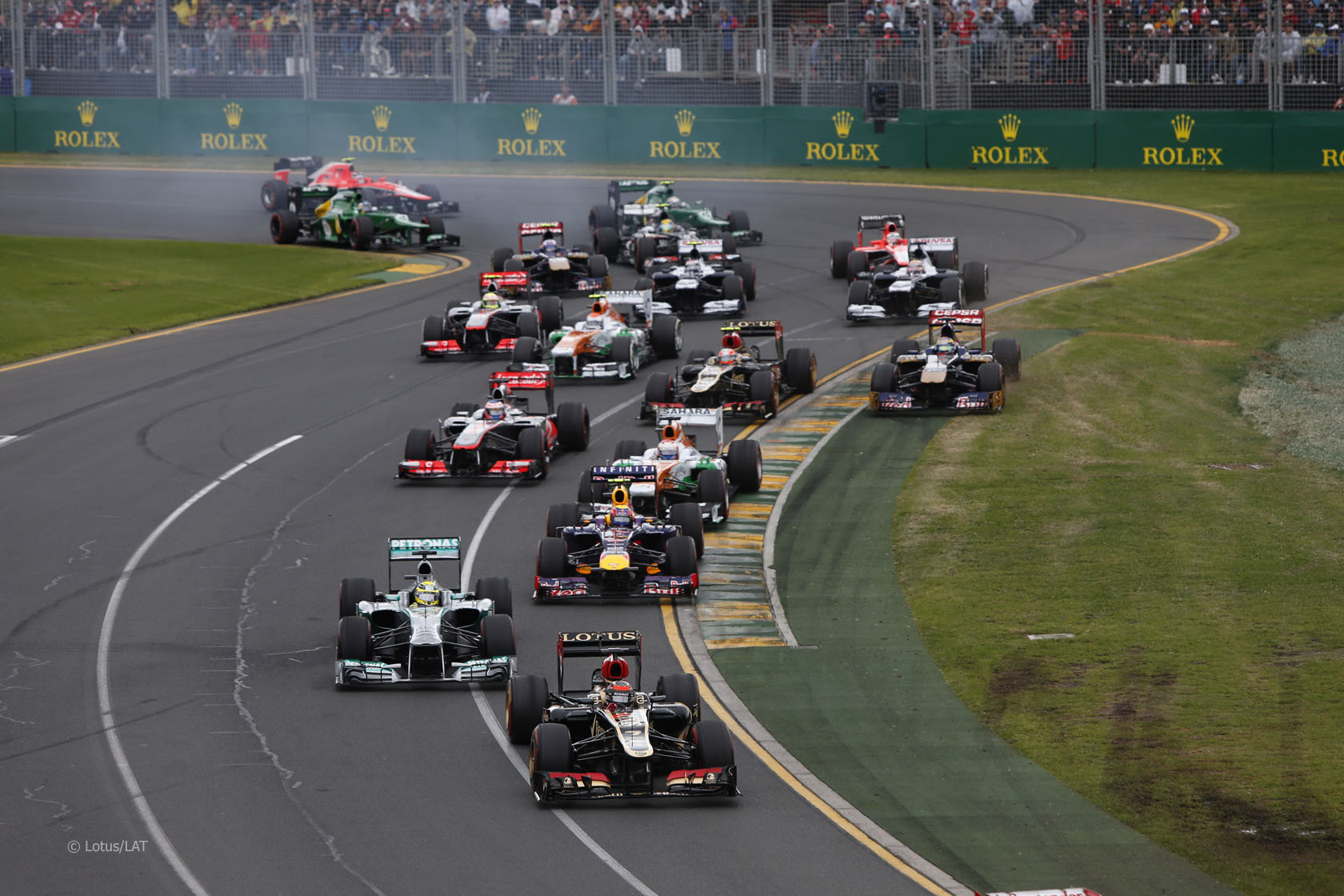 The F1 Fanatic Driver Rankings are complete and now it’s time for you to vote for your best driver of 2013.

Cast your vote below for who you thought was the best driver throughout the 2013 season.

An F1 Fanatic account is required in order to vote. If you do not have one, register an account here or read more about registering here.

2013 Driver of the Weekend results

Ten different drivers were voted Driver of the Weekend during 2013. Sebastian Vettel won it six times, more than any of his rivals. Fernando Alonso took three wins and Lewis Hamilton and Nico Hulkenberg both won the poll twice.

Button topped the Driver of the Weekend poll for the first time this season following his rise from 14th to fourth in the Brazilian Grand Prix. This is Button’s second appearance in the top three – the other being third in Belgium.

The two Red Bull drivers also featured among your top three votes. Vettel took his ninth consecutive victory meaning he was voted in the top three 13 times this season – nine of which came in the final nine races of the season.

Webber was voted third in his final F1 race following a strong drive to finish runner-up to Vettel.

Following McLaren’s decision not to do huge amounts of running in practice Button suffered the consequences and qualified a poor 15th – that became 14th on the grid due to Perez’s penalty – having been hoping a top ten.

Button was one of only two drivers to start on the hard tyre but impressively made up five places on the opening two laps before taking more places during the first stint.

Hamilton and Massa’s penalties dully played into his hands but Button kept a cool head and drove a clean race to give McLaren their best finish of the season in fourth.

Strangely, but not many in the press talk about Button?óÔéĽÔäós drive. It was his best race throughout whole year, just storming. Of course, his qualifying performance wasn?óÔéĽÔäót great but he more than made for it in the race. And smaller wing angles helped here too. But those cracking moves were so enjoyable and he looked unstoppable at one moment
@Osvaldas31

Button gets my vote. Sure he messed up his qualifying but to some extent that was down to McLaren not running in practice. His first stint was amazing, slicing through the field on primes and doing some brave moves on others was pretty exciting to watch. Probably the best way to end a very frustrating season.
Robert Tang (@robertthespy)

Everyone was praying for a wet race to hopefully end Vettel’s dominance but the differing conditions only seemed to spur him on as no-one could get within half a second of the quadruple world champion in qualifying.

A poor getaway handed Rosberg the lead but Vettel easily slid down the inside at turn one on the second lap to take a lead he would never give away – despite a thirteen second stop as Red Bull mixed up their drivers’ tyres. Vettel maintained the gap back to his team mate and eased to a record ninth consecutive victory.

Sebastian Vettel is my driver of the weekend. He mastered the wet conditions on Saturday by taking pole position by a large margin. And he mastered the (almost) dry conditions on Sunday as he skilfully managed the race from the first lap until the end despite an average start. Another proof that he is a deserving multiple world champion.
@Girts

Webber’s race consisted mainly of following and passing Alonso – a feat he accomplished twice – but overtakes on both the Mercedes’ as well rightly earned him a podium in his final race.

Removing his helmet for the slowing down lap was a unique way to end his career and something many fans will remember for a long time.