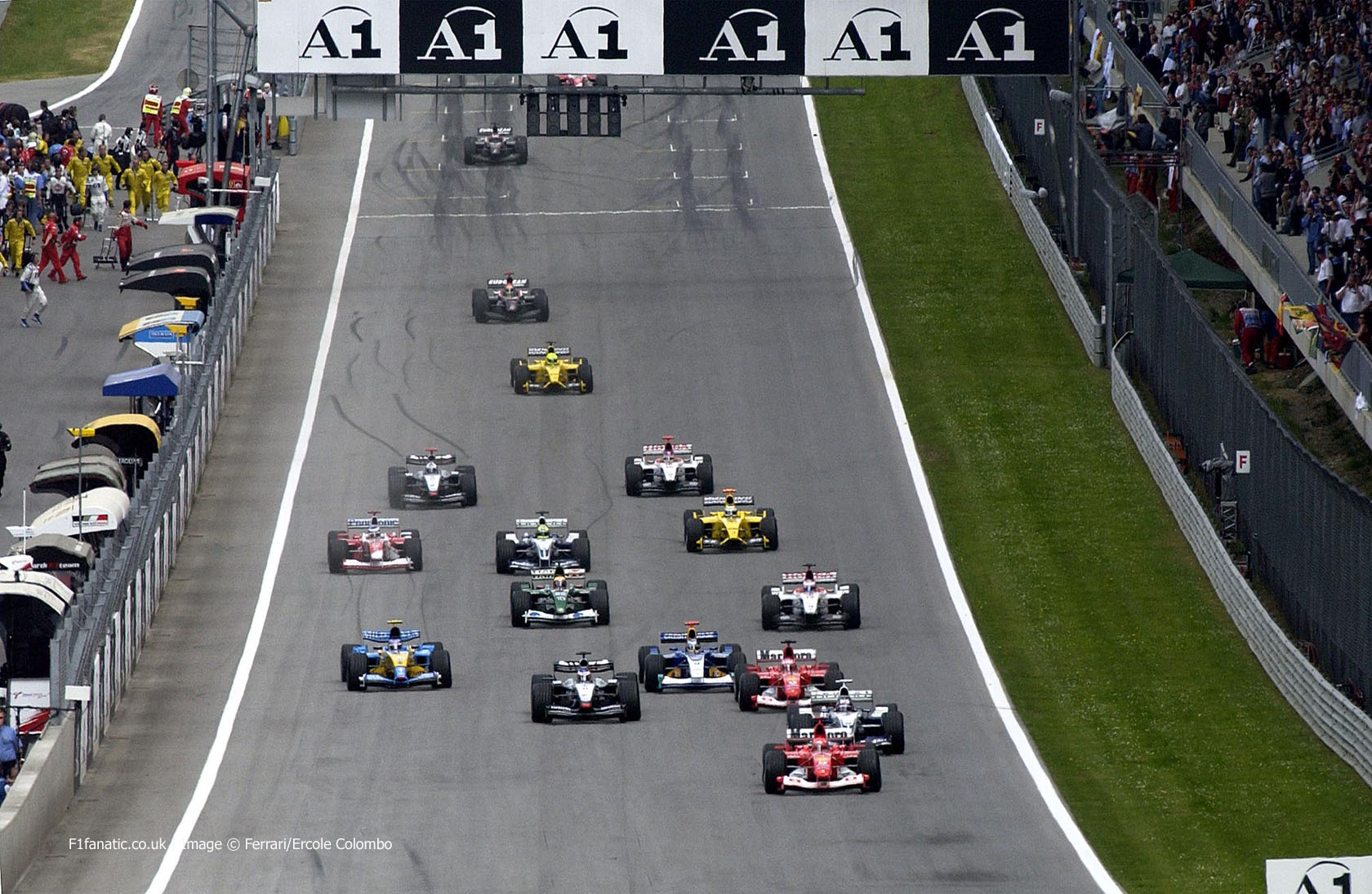 More than half of the drivers in the field for this weekend’s Austrian Grand Prix are racing at the venue for the first time.

Only four of them raced at the Red Bull Ring during its last spell on the calendar, when it was called the A1-Ring.

Kimi Raikkonen, then driving for McLaren, finished that race runner-up to Michael Schumacher. Jenson Button was fourth for BAR while Fernando Alonso retired on lap 45 when his Renault’s engine failed.

Felipe Massa did not take part in that race but he had been on the grid 12 months earlier during his first season for Sauber, before joining Ferrari as a test driver.

Button has positive memories of previous F1 races there. “I think it’s great that we’re going back to Austria,” he said.

“Obviously, the Austrian Grand Prix has such a lot of history, the country has had some great drivers and champions in the past, and it’s also currently got a world-class grand prix team, so it makes a lot of sense for us to be racing there again.

“I think it’s a great venue, a fantastic location for a grand prix,” he added. “From my previous visits, I remember the clear mountain air, the cool morning temperatures before the sun hit the paddock, and the fast, sweeping corners that still largely exist, and which give this circuit a great feel from the cockpit. I remember the racing line for turn one would lead us far out over the exit kerbs and onto the Tarmac run-off – it was crazy.”

“It’ll be interesting to see what has changed in the intervening ten years – I hear that the track has been left largely unchanged, but that the pits and paddock have been renovated. I think that’s a good call – the track is simple but great. A mini-classic.”

Of the remaining drivers, just one-third of them have previous experience of racing on the circuit:

“I have great memories of the Red Bull Ring. I was 13 years old when I first drove around it. I had the chance to test a Formula car from the Auinger family. That is a huge step if you’re coming from a karting background. It was something completely new and it took me a while to get used to it.

“I’m really happy that we will race there. The circuit is actually very pretty, not only the track, but the whole area. The circuit’s set amid a beautiful natural landscape. There are not many distractions there – it’s just about racing.

“The Red Bull Ring is a short track, with only a few turns, but it’s very challenging. There are also a lot of elevation changes, which makes it interesting and fun. The fans will have a great time as every grandstand offers a great view of the circuit.”

“I know the track, but it was maybe ten years ago when I last raced there and it will be new for me in an F1 car. ”

“It was in Formula Renault and I finished on the podium. Actually I think I won, but I don’t remember to be honest! It’s a high downforce track. Most of the corners are very quick, especially in the second sector. It’s a lot of fun to race there and I’m happy to be going back.” “This is one of my favourite circuits. I raced here in Formula Renault Alps and had two wins there in 2012. I had a great weekend and really loved the track.

“Last year I went back to the Red Bull Ring with Formula Three this time and again I had great memories taking three poles out of three, followed by three second places in the races.

“It’s my kind of track, with heavy braking points and it is quite a technical track. It has some fast and medium speed corners which I really enjoy.”

“It’s strange to be able to say it, but, of all the drivers on the F1 grid, I’ve probably got the most recent experience of racing at the Red Bull Ring, because two rounds of the World Series by Renault were held there last summer.

“It’s a very cool place – it’s a circuit where you never really get to rest in the cockpit because the track is always going somewhere; there’s only really one ‘straight’ straight, along the start/finish line, but it’s book-ended by fast corners so the opportunity you get to relax is pretty minimal.

“But that’s what makes it so enjoyable – every lap is a real adrenaline rush because the corners never stop coming. You need to really be on top of the car around here, you want it to be doing exactly what you ask of it, simply because the lap is so physical, the driver is actually doing a lot of work, so he needs his car to take as much of that burden as possible.

“I think this’ll be a great new addition to the calendar – the circuit is a hardcore racetrack, the fans are passionate and the venue is spectacular.”

“Although I’ve driven the circuit before, that was more than ten years ago in F3: back when it was still called the A1 Ring! Of course, it will be very different in a turbocharged, V6 hybrid Formula One car, so it’s basically like starting from scratch for everyone on the grid.”

“I have never been to Spielberg with Formula One. I know the track from previous racing series in my career, and I really like it. At that time I was participating in Formula Ford and Formula Three.” However the latter two have driven on the circuit in an F1 car during Red Bull’s demonstration runs and filming days at their own circuit. As has Vettel, who recently drove his championship-winning RB8 at the track along with a 1988 Ferrari F1 car.