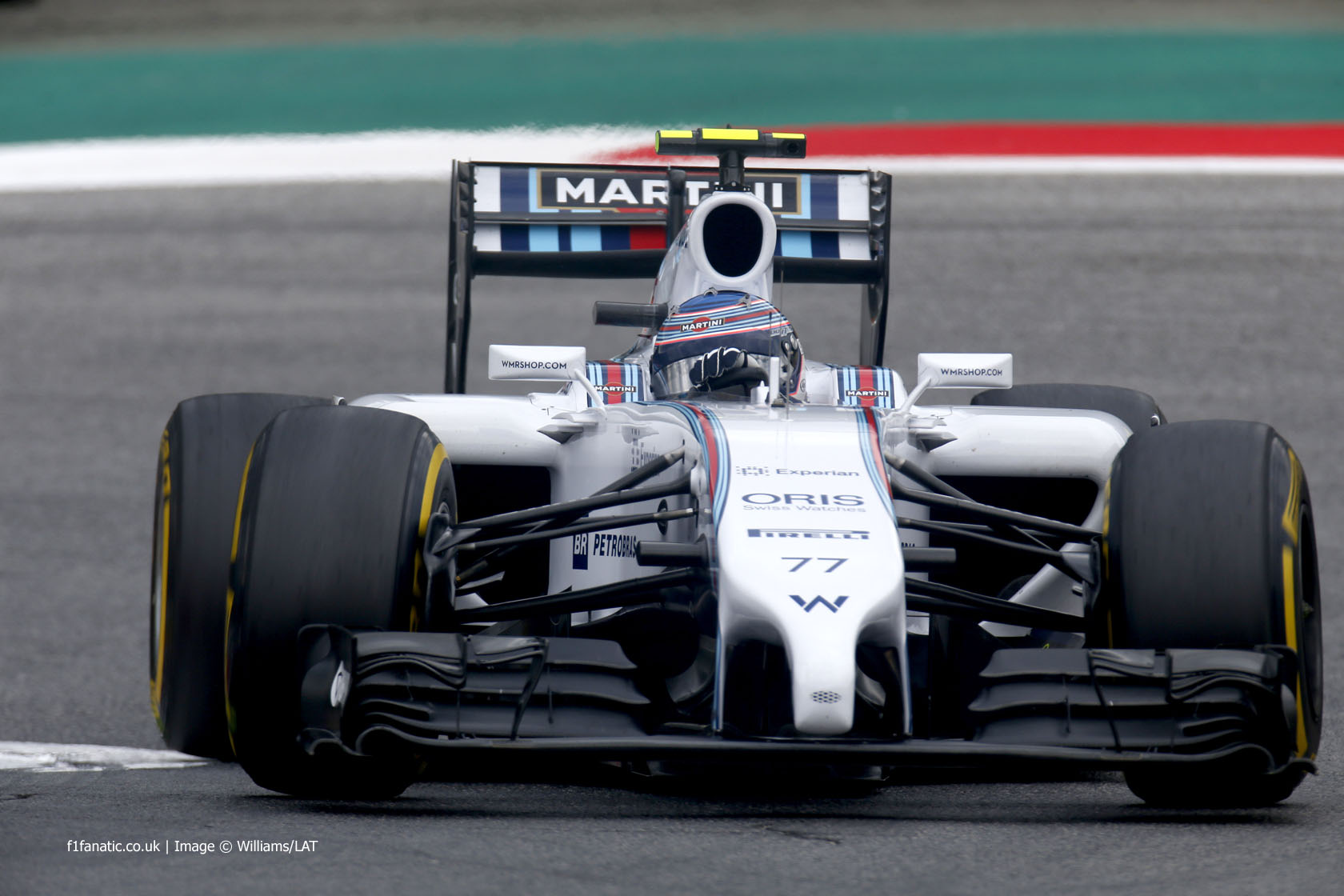 Valtteri Bottas emerged on top of a very close final practice session ahead of qualifying for the Austrian Grand Prix.

Both Williams drivers appeared in the top three at the end of the final hour of practice, separated by just five hundredths of a second, with Lewis Hamilton in between them.

Hamilton ended the session three-tenths of a second of his best time from practice yesterday with team mate Nico Rosberg fifth after suffering understeer during his final run.

Rosberg was surprisingly demoted by the Toro Rosso of Daniil Kvyat, who lapped within a tenth of a second of Bottas’s best.

The last two turns on the Red Bull Ring continued to catch out drivers, including Kamui Kobayashi who spun his Caterham but was able to get going again.

Both Force India drivers also ran wide and hit the bumps in the grass, with Sergio Perez taking a particularly wild ride but managing to stay out of the barriers.

However Jenson Button’s session ended after just four laps when he discovered his car’s engine braking had failed.

13 comments on “Bottas on top in tight final practice session”