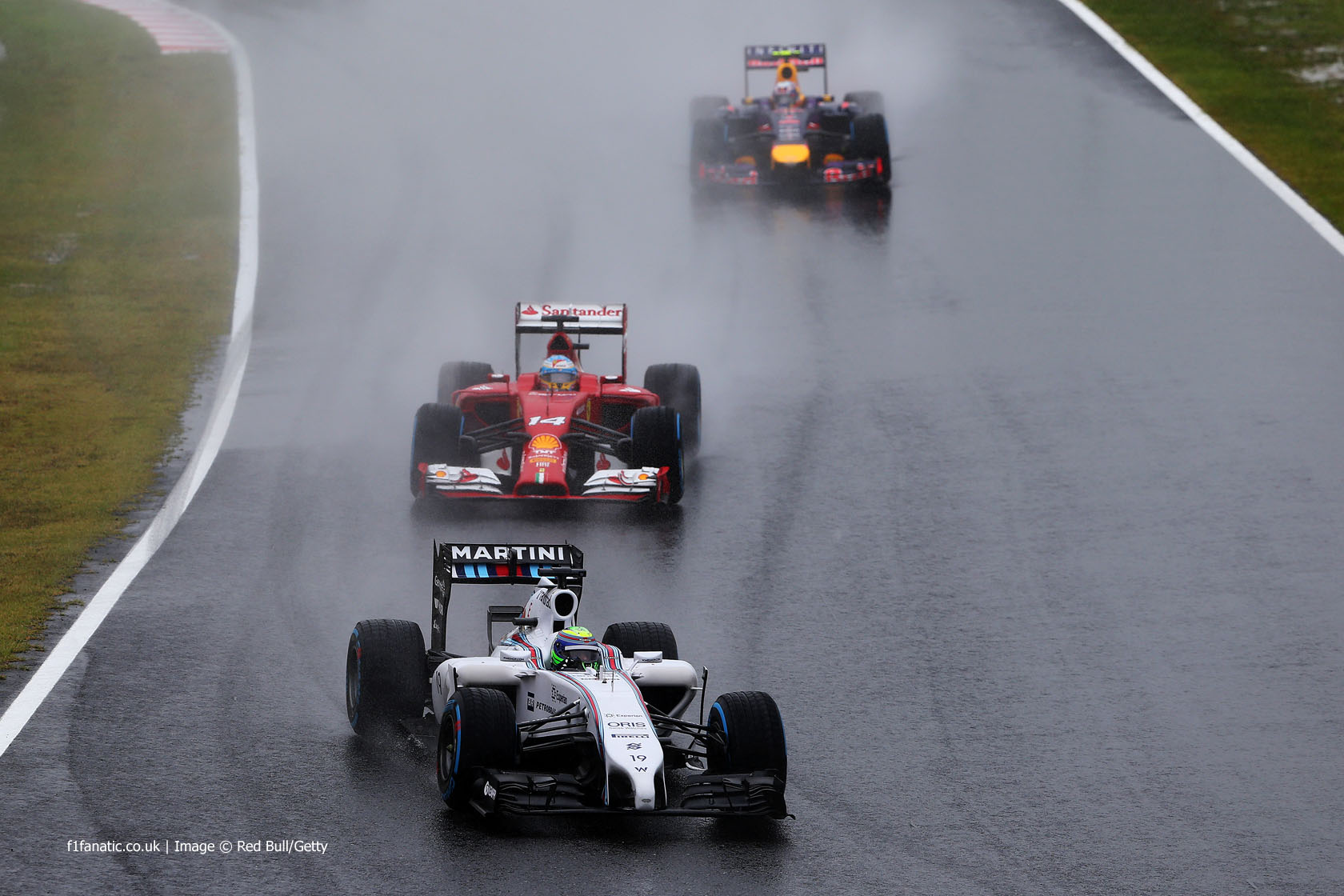 Felipe Massa believes the weather conditions were “dangerous” at more than one stage during the Japanese Grand Prix.

Speaking to Sky after the race was cut short following an accident which injured Jules Bianchi, Massa said: “First of all we need to know what happened to Jules. I’m very worried that he just hit the truck at the end of the race.”

The race was started following a suspension and ten laps behind the Safety Car, but Massa said they should have waited longer to begin the grand prix.

“In my opinion they start the race too early,” he said. “It was not drive-able at the very beginning.”

The rain eased in the middle of the race but intensified towards the end of the grand prix, which was scheduled for 53 laps. It was red-flagged on the 46th lap after a Bianchi’s crash, and Massa said he had complained about the worsening conditions before that point.

“They finished too late the race,” said Massa. “I was already screaming on the radio five laps before the Safety Car that there was too much water on the track.”

“But then they just took a little bit too long and it was dangerous. So we saw that there was some crash at the end and just need to understand what’s happened to Jules, that’s my only worry in the moment.”

Asked if the race should have been started earlier in the day to avoid the forecast rain Massa said “Yeah – or maybe yesterday.”

However Jenson Button said the conditions at the beginning of the race were “safe”.

“When the race started it was fine,” he told reporters at Suzuka. “I came straight in and put [intermediates] on.”

“It’s a fine line between having too much spray and not being able to see, and the tyres not being the right tyre.”