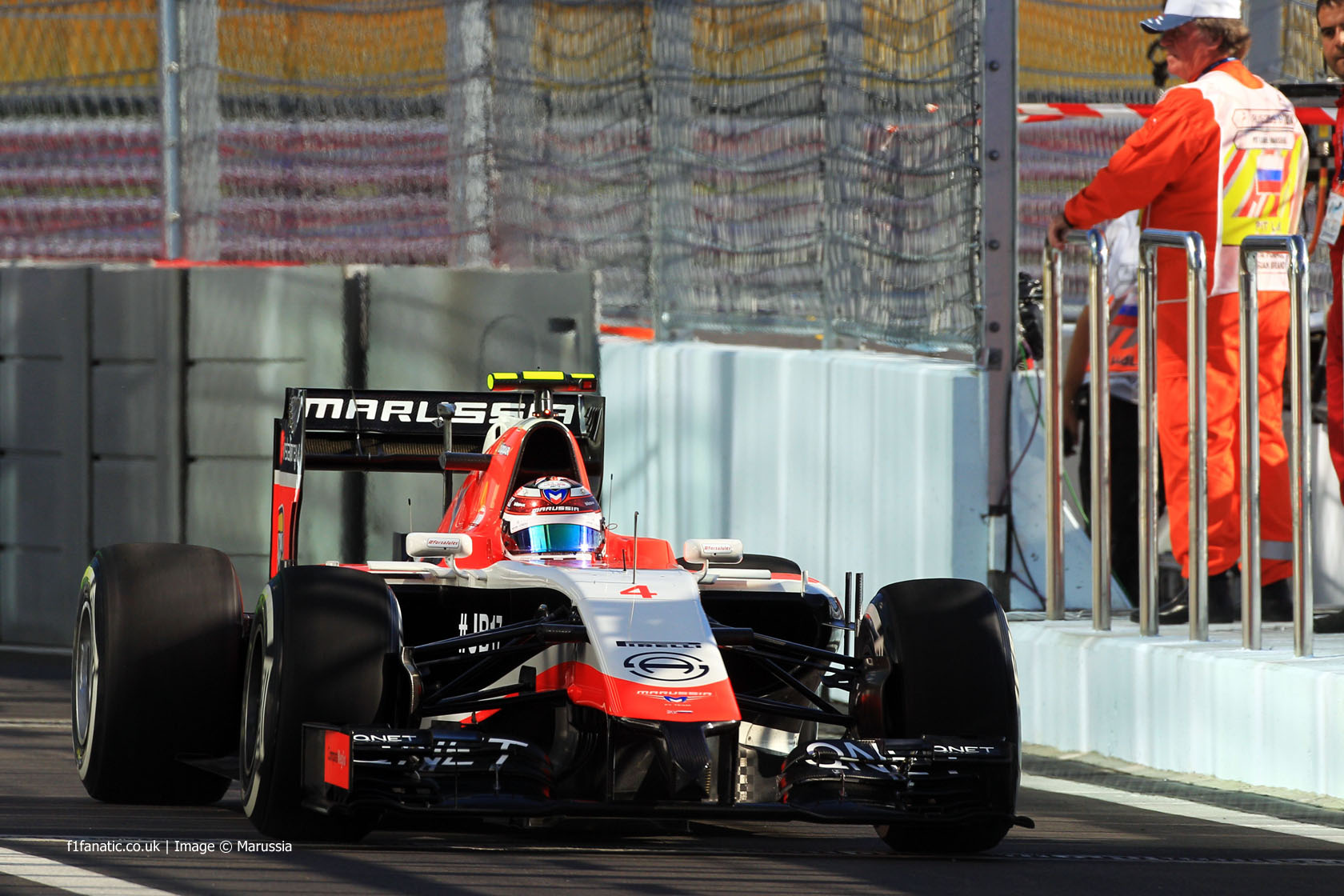 Marussia will not compete in this weekend’s United States Grand Prix, administrators representing the team have confirmed.

However the team will continue to operate while Geoff Rowley and Geoff Carton-Kelly, the team’s appointed administrators at FRP Advisory, assess the company’s viability.

The team’s staff, which number almost 200, have been in full up to the end of October and no redundancies have been made since Marussia went into administration, according to FRP.

“During recent months, the senior management team has worked tirelessly to bring new investment to the team to secure its long term future, but regrettably has been unable to do so within the time available,” said Rowley. “Therefore, they have been left with no alternative but to place the company into administration.”

“With the Marussia F1 Team now in administration, the joint administrators have assessed that, given the current financial circumstances of the group, it is not viable for the Marussia F1 Team to participate in the next race, the 2014 Formula One United States Grand Prix, due to take place this weekend in Austin, Texas,” he added.

“The company has ceased trading while the joint administrators assess the longer term viability of the company in its present form.

“Following Austin, there are two further rounds of the 2014 championship remaining, in Sao Paulo and Abu Dhabi, and the team’s participation in those races will depend on the outcome of the administration process and any related negotiations with interested parties in what is a very limited window of opportunity.”

Marussia is the second team to enter administration this year. Caterham have already been confirmed as missing the next two races.