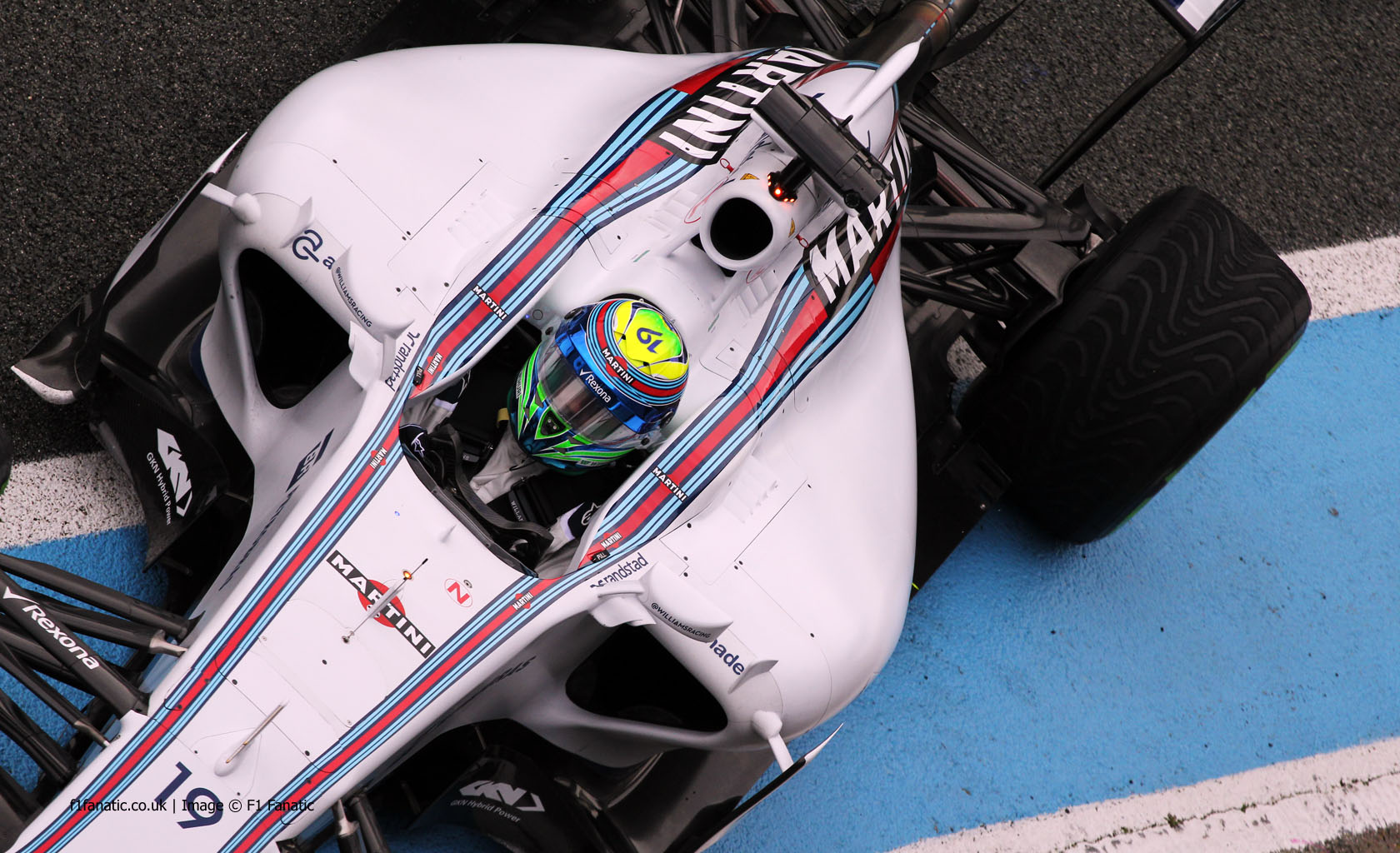 Massa echoed the view of team mate Valtteri Bottas who said the team have made great gains in the last 12 months.

Williams came close to victory on more than one occasion last year, and Massa now think they could win under the same circumstances. “I think so,” he said. “Not many races – maybe one race.”

Massa spent his first day at the wheel of the FW37 today and said he was especially pleased with the improvements made to the car’s rear end stability.

“That is what I feel better than how we finished the season so I think that’s the most important point that I felt today,” he said. “Not just me but even Valtteri yesterday and the day before I think it’s the first point to trying to have an easier car, a better car in this situation.”

“Too early” to judge Ferrari pace

Both Ferrari-powered cars have topped the first three days of running so far at Jerez but Massa, whose Mercedes engine is not yet being used to its full, cautioned against drawing conclusions about their rivals’ performance.

“It’s too early to say,” he said. “We didn’t see anything for the moment, we just saw the first days of testing and we saw that it’s still a long way to go.”

“I think maybe if these guys that was doing a quick lap time like Ferrari, for example, if they until the last Barcelona being impressive in terms of lap time maybe we start to think about ‘are they going to be there?’ But it’s too early.”