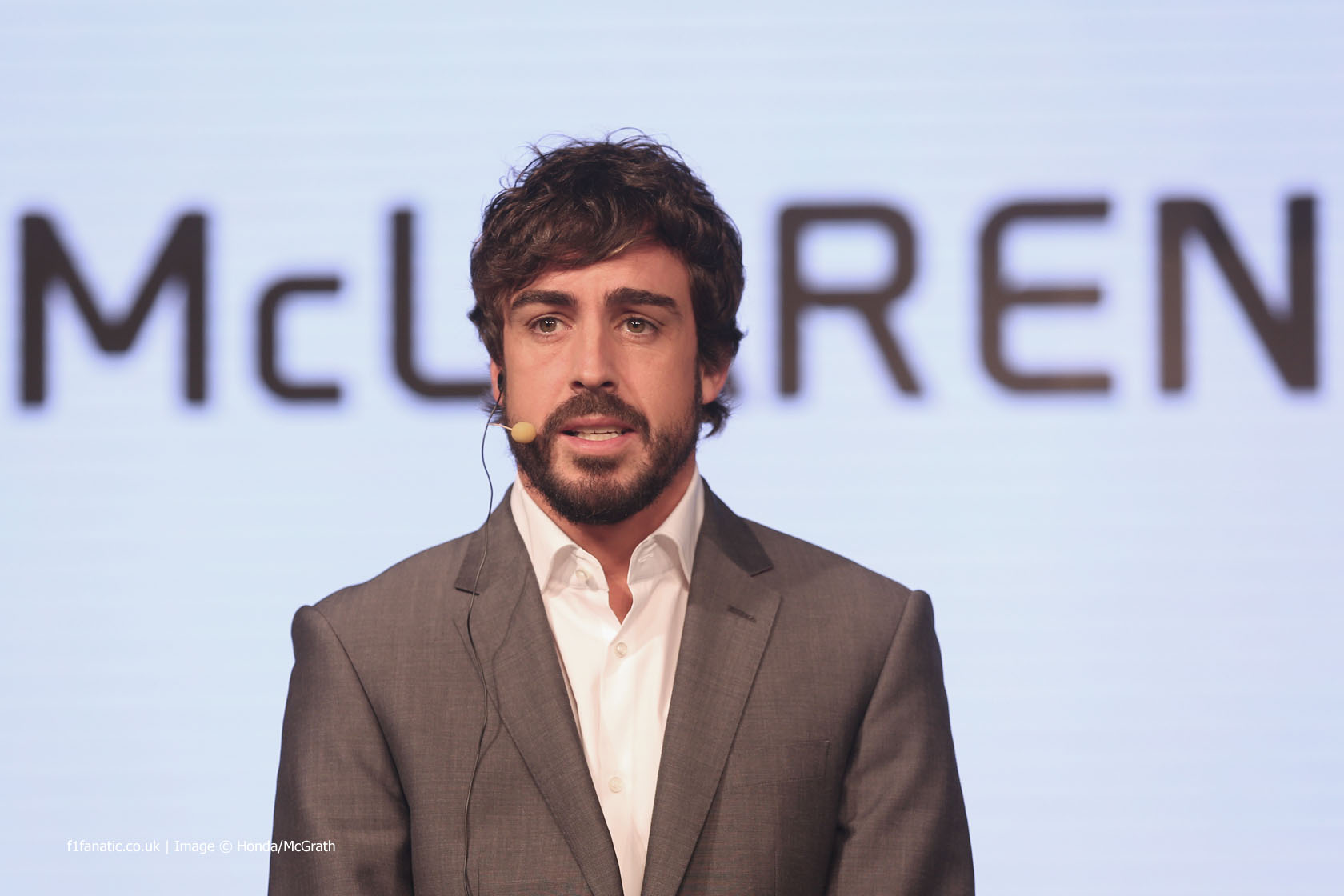 Fernando Alonso says he found Honda a very different proposition compared to working with other Formula One teams.

The two-time champion, who joined McLaren-Honda after five years at Ferrari, believes their methods are well-suited to the current generation of F1 rules.

“I saw a lot of talented people when I visited the facilities at Sakura,” said Alonso at a media event in Tokyo yesterday. “I saw a very different approach compared with other teams, with a very scientific approach, a very technological approach.”

“In this new Formula One with a lot of electronics, a lot of software, hardware, a lot of interactions, I think with Honda technology and the Japanese culture we can put a very nice work together.” Team mate Jenson Button doubts the new car will be able to challenge for a podium finish on its debut next month. Alonso says they need to wait and see how the first races go before setting any targets for the rest of the year.

“We need to see how competitive we are first,” said Alonso. “I think we just did one test and we were not running with the full potential of the car, we’re just testing the first days of the car.”

“But I think once we have the full potential, once we are in the second or third race of the championship and we see how fast we are then we will put a target for this first year.”

However Alonso is not ruling out a first-year title bid at this stage. “We want to win the championship,” he said.

“We don’t know if it will be the first year, the second or third. Hopefully as soon as possible., But this is something that we want to achieve.”