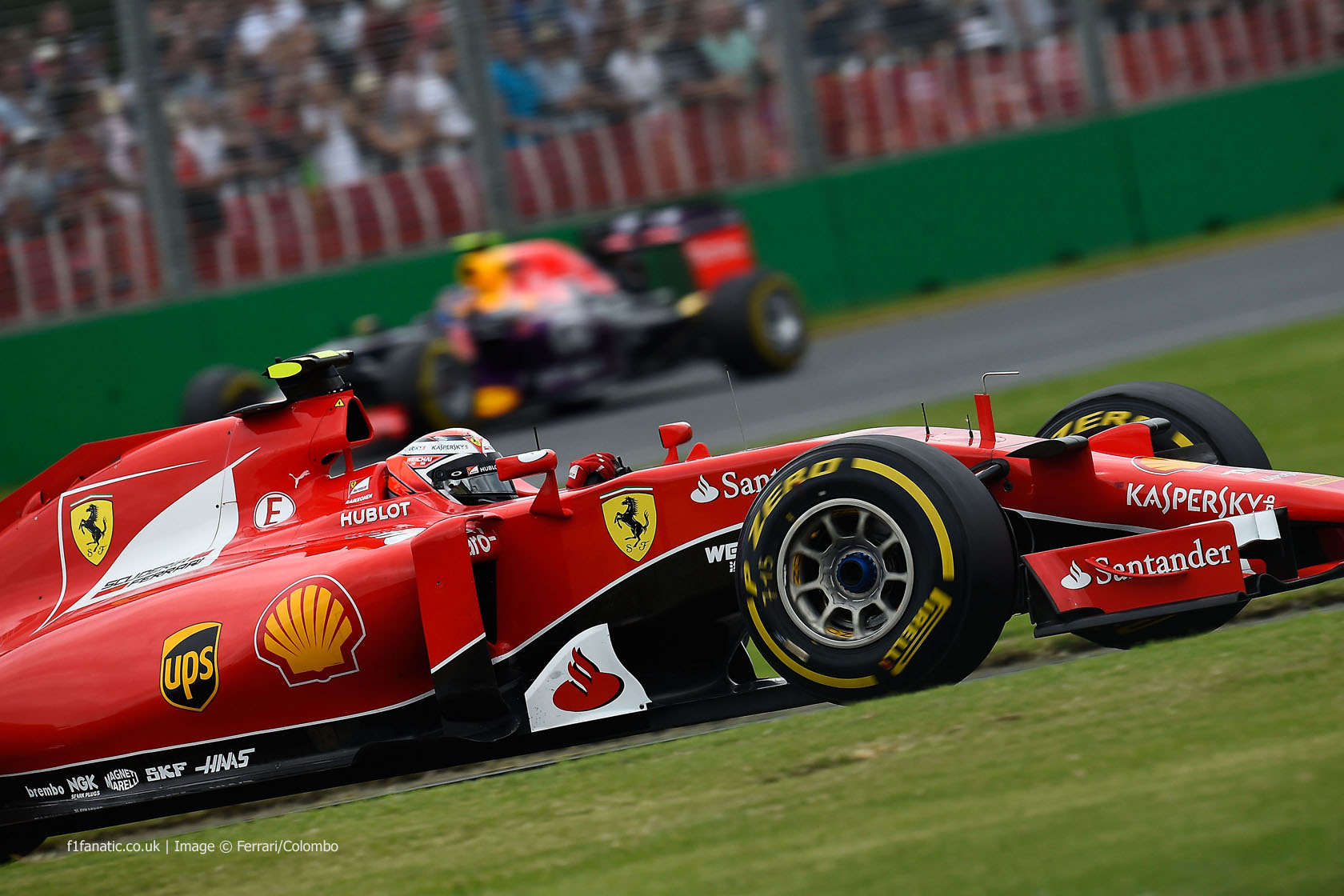 Kimi Raikkonen says he lost ground at the start of the Australian Grand Prix because his Ferrari’s engine went into anti-stall mode following contact with a rival.

However he does not believe it was caused by contact with his team mate Sebastian Vettel.

“No I think it was somebody behind, somebody else from behind me. I don’t think it was between us,” he told reporters after the race.

“I got hit from behind in the start and went into anti-stall because of that. And then on the next corner I got hit from the side so I was quite surprised that the car was in one piece, I think we got some damage but not too badly.”

Raikkonen was making his way back through the field when he was delayed by a slow left-rear tyre change at his first pit stop. On his next visit to the pits the same corner caused a problem: the wheel wasn’t fitted properly, forcing him to retire.

“We had good speed but obviously both pit stops we had an issue and then unfortunately that stopped us,” Raikkonen added.

28 comments on “Car went into anti-stall at start – Raikkonen”