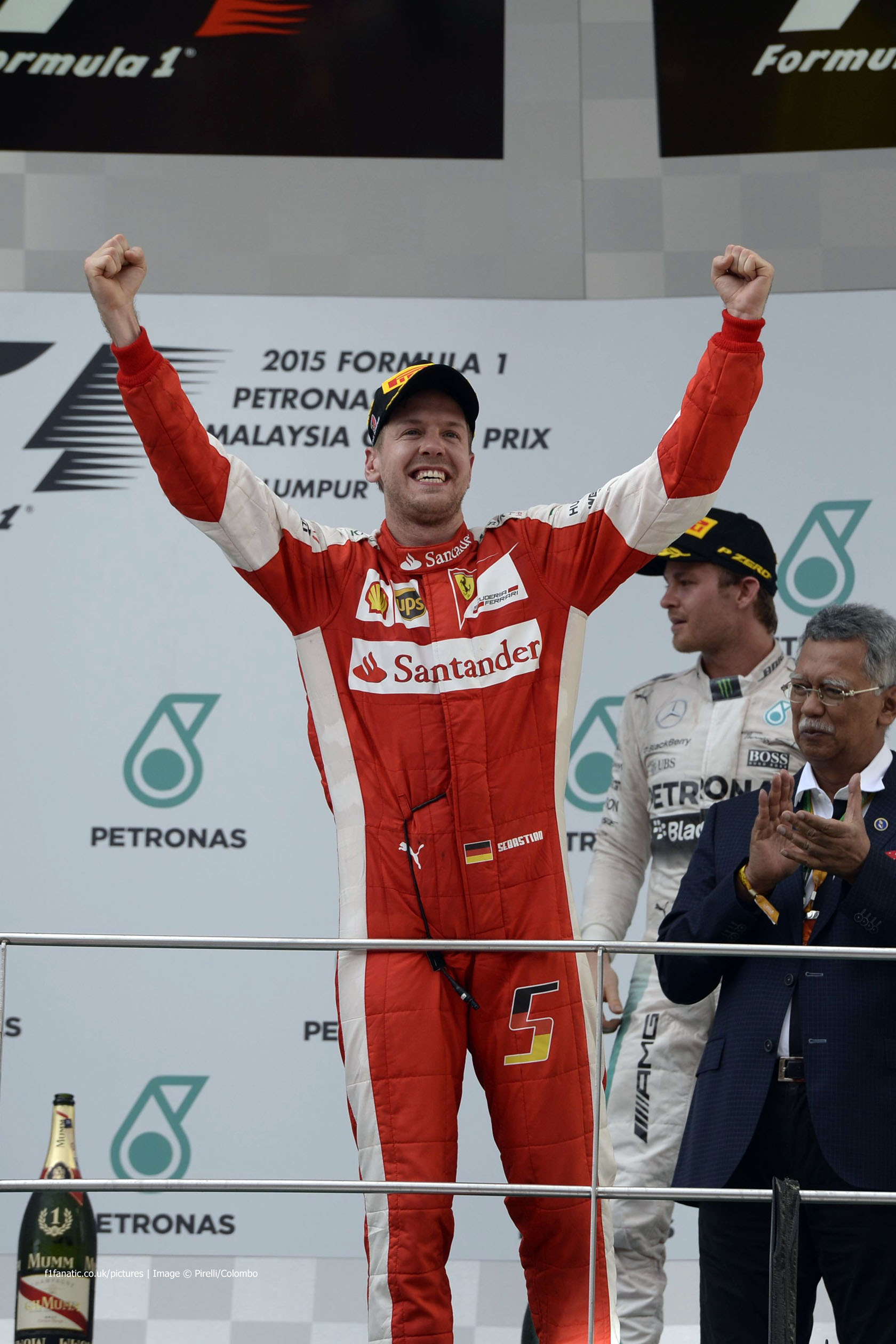 Michael Schumacher was on Sebastian Vettel’s mind after the Ferrari driver scored his first win for the team in Malaysia today.

Vettel is close to the seven-times world champion, who enjoyed his greatest F1 successes with Ferrari between 1996 and 2006. Schumacher suffered serious head injures in a skiing accident at the end of 2013.

Vettel has been described as Schumacher’s successor following his move to the team this year, and said winning for them had been his dream.

“When I grew up, Michael was my hero and for all of us – and I speak for all of the kids at the go`kart track at the time in Germany – we were looking up to him and when he turned up every year and to look after us a little bit, it made our lives.

“So, that’s why I think today I probably don’t understand yet how special it is. Very, very emotional.”

Vettel took only two races to score his first victory with Ferrari, but he believes the team is in a stronger position now than when Schumacher joined it.

Schumacher had left “very large footsteps”, said Vettel, “but the target is not to fill those, the target is ideally to leave some new ones”.

Vettel added he was “especially proud” to have beaten Mercedes “because they have been phenomenally strong the last year and a bit”.

“So to be the first one to beat them really fair and square, I think is an incredible achievement, so big thanks to all the guys back in Maranello.”