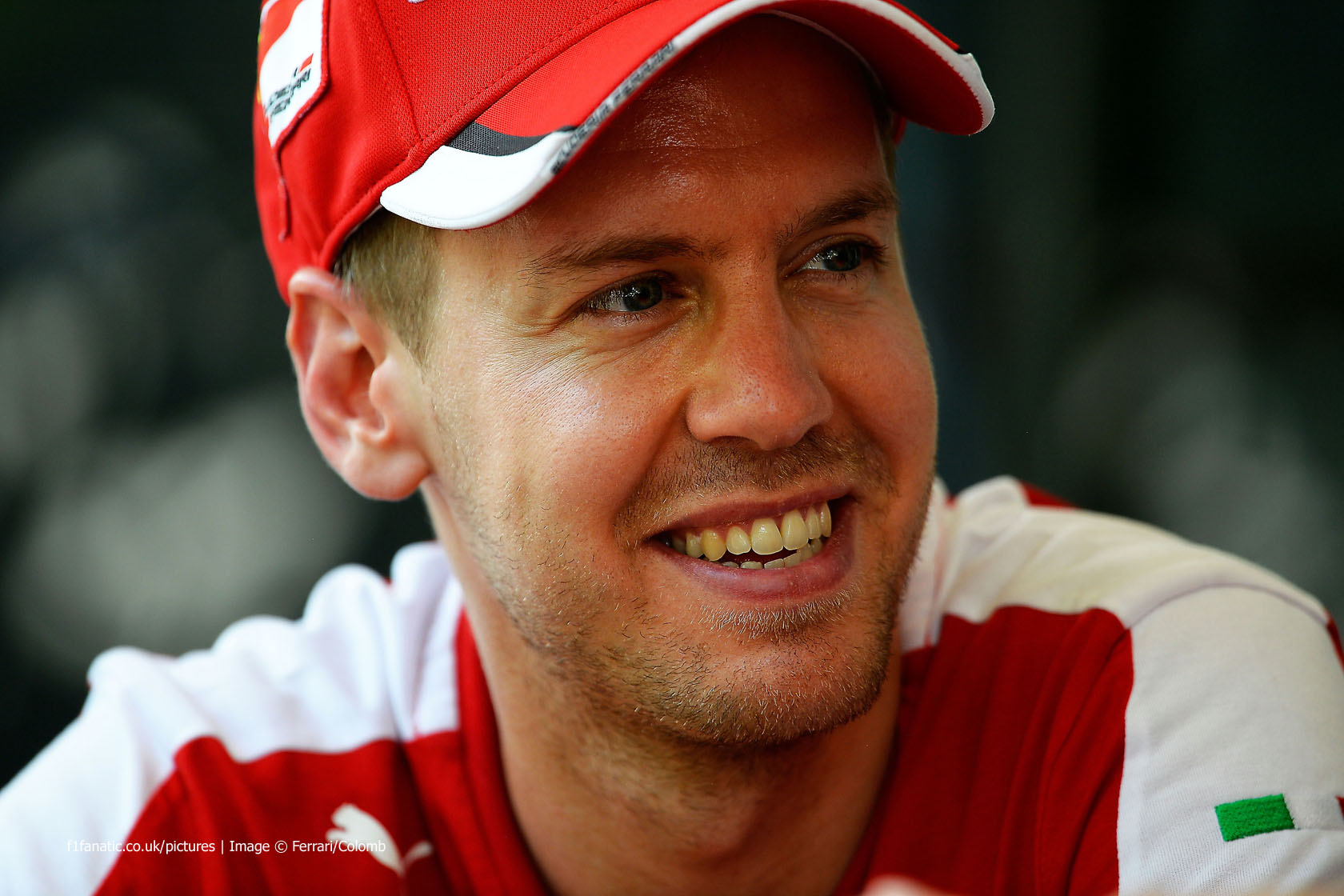 Sebastian Vettel says Ferrari’s victory in today’s Malaysian Grand Prix was down to them being quicker on the day.

Vettel took the lead in the race when Ferrari opted not to pit during an early Safety Car period. But despite the divergence in strategy Vettel feels Ferrari had the pace to win.

“We were quicker, that’s why we beat them, which makes us very happy” Vettel told reporters after the race.

Mercedes scored an emphatic win in the first race of the season in Australia but Vettel suspects the hot conditions hurt them in Malaysia.

“We know that the Mercedes is very strong. Usually the advantage doesn’t just disappear. Today it seemed it did and we were strong on the tyres, looking after them which gave us a bit of the edge. Maybe the heat didn’t favour the Mercedes power train.

“Things worked well and we made the most of it. For the next race we’ve just got to make sure that we keep pushing and and underline our form of the first races.”

Vettel said he was “speechless” to have won his second race for Ferrari. “It’s difficult to find the right words,” he said.

“It means a lot, joining a lot of the greats… a lot of images already that I will never forget. Standing on that top step and looking down, seeing the people cheering and singing the Italian anthem. It’s just fantastic.”

62 comments on “Vettel: Ferrari were quicker than Mercedes today”