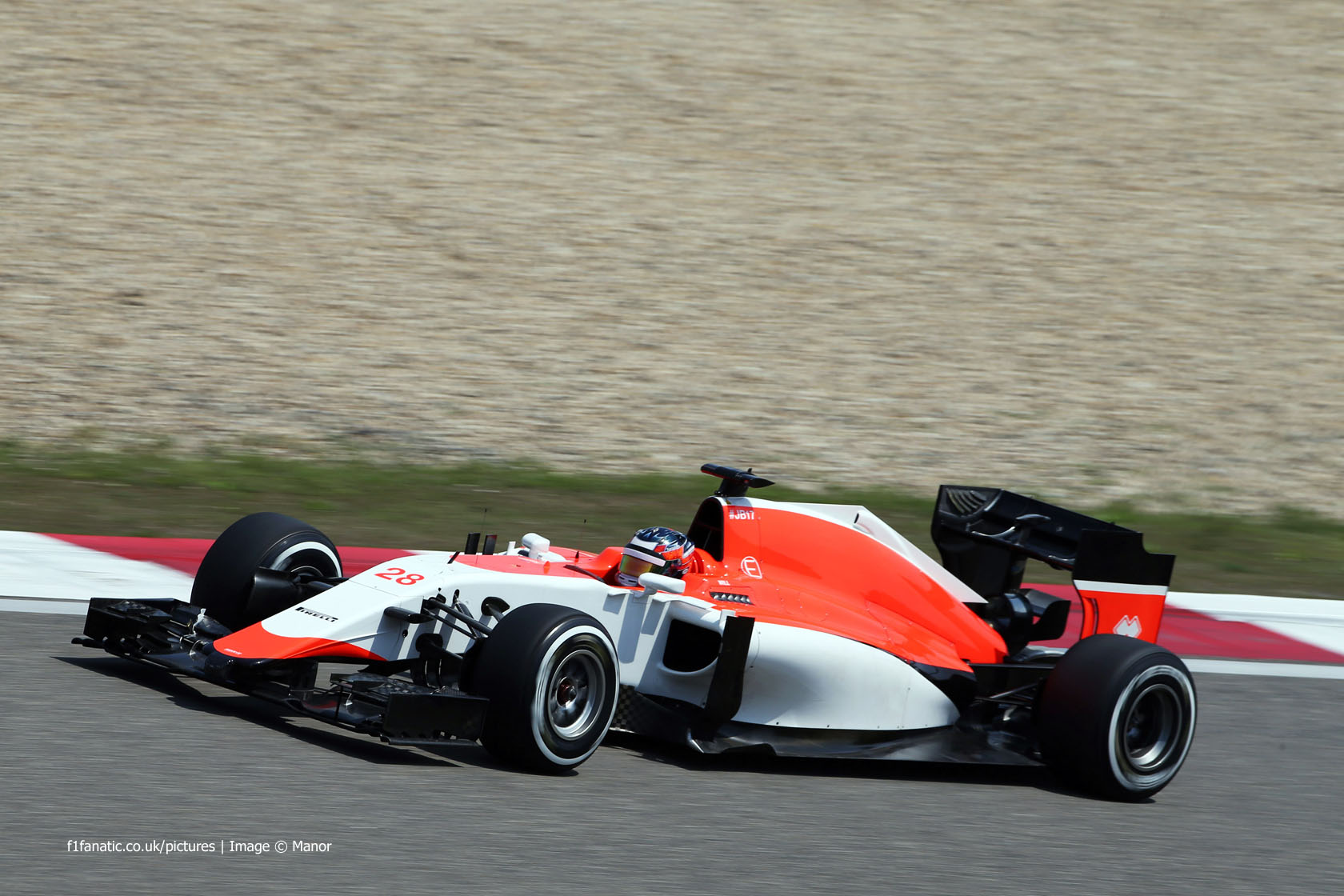 Manor Marussia Team Principal John Booth says his team can feel ‘really proud’ after they achieved their target of getting both their cars to the finish at the Chinese Grand Prix.

Both Will Stevens and Roberto Merhi reached the chequered flag without incident in Shanghai, finishing last of those still running at the finish in 15th and 16th place respectively.

“The whole team can feel really proud of what we’ve achieved in China this weekend,” said Team Principal John Booth.

“Our target was to get both cars to the chequered flag and it’s a great feeling to have achieved that and to see the progress we’ve made in every session. The pace is also starting to come now – we were much better off in the race today – so there is a lot to be satisfied with and a lot to look forward to.”

There had been questions over Manor’s ability to run two cars in a race with Will Stevens having failed to make the start of either of the opening two rounds of the season. But the British rookie was pleased with his first race of the season.

“It was a great race for me and the team and one which shows how far we’ve come in a very short space of time,” said Stevens.

“Obviously it feels really good for me to be racing again and to finish the race with both cars is so important for us at this stage of our development. We always knew that when we sorted out the challenges we’d have a reliable car.”

20 comments on “Manor ‘proud’ after double finish in China”