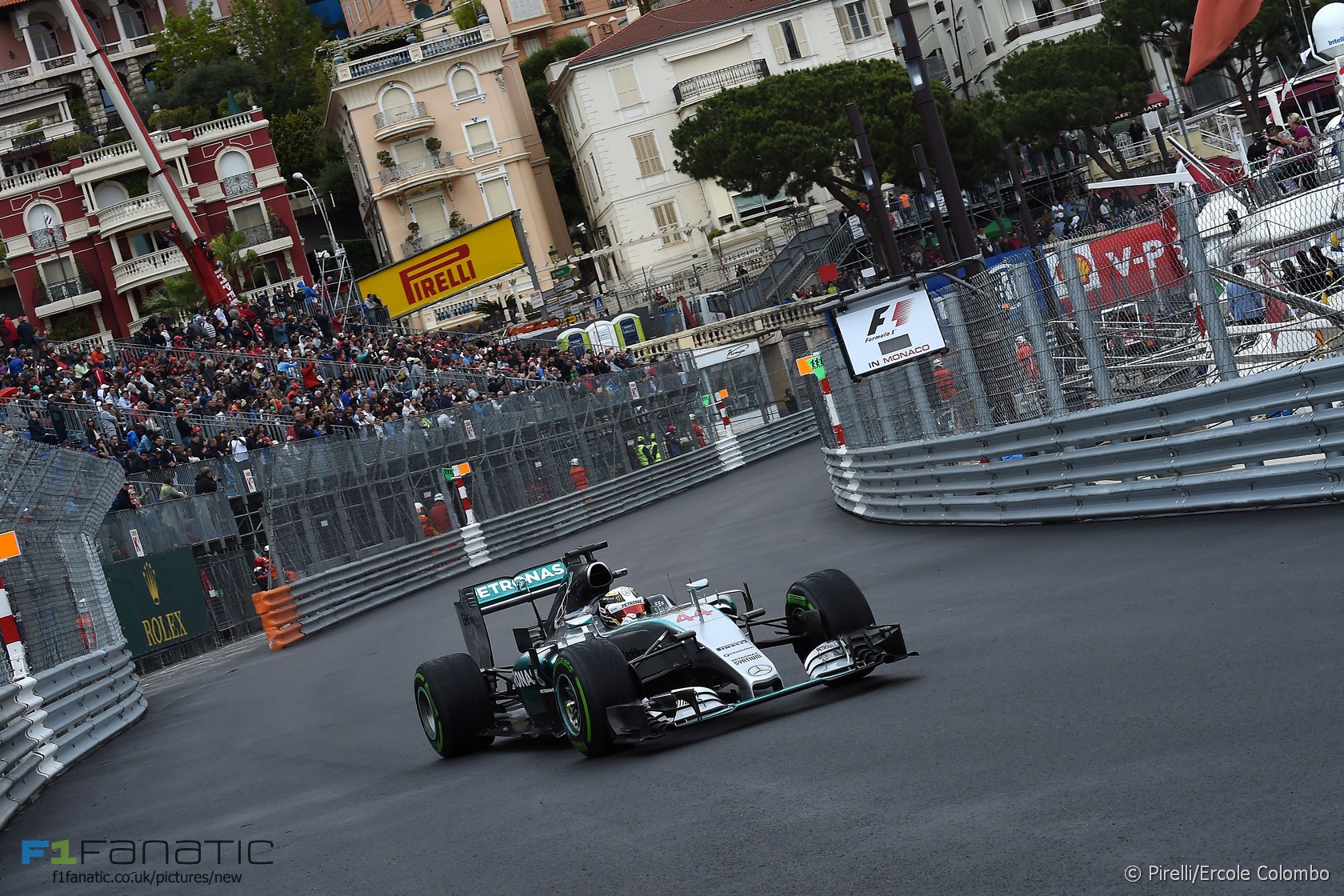 Lewis Hamilton’s race-losing pit stop shaped much of the reaction to the Monaco Grand Prix.

For some, this moment instantly transformed a processional race into pure drama, and gave us the spectacle of Hamilton fighting to recover his lost lead. Others – particularly those who assumed Hamilton hadn’t had a say in the decision – felt Mercedes’ blunder had robber the race of its deserving winner.

There were other high points during the race – Max Verstappen’s overtaking and Daniel Ricciardo’s scrap with Kimi Raikkonen. But there’s no doubting what was the biggest story of the grand prix.

Hamilton’s pit stop under the Safety Car, which came out after the Verstappen-Romain Grosjean, decided the grand prix. And it took a while to get the action going again once the Safety Car appeared.

Obviously it’s never nice to see the driver who spent most of the race at the front lose the race for something not his fault. It leaves a very bitter taste in the mouth, BUT the last ten laps had my heart pounding, and there was some other enjoyable fights further down the field.
@Jackysteeg

I’m sure if it wasn’t for the Safety Car having to let past the back markers, Hamilton could have got Vettel. I hope that rule is changed in the future. It made it incredibly frustrating to watch.
Marc connell (@Marc512) Is Monaco a ‘special case’ where we shouldn’t expect riveting racing – or should we think of it as a race like any other?

You have to watch this one in a different frame of mind, just marvelling at the challenge of the track. But I think every good Monaco race needs to include some sort of dramatic twist, whether you like what it is or not. This one had it.
@mickey18

Pathetic parade, as usual with Monaco. Then a fake finish because of a Safety Car with no chance for any passing. Almost any other track and at least the safety car would have led to some interesting passes in the last couple of laps.
@daved

If you expect watch football to see twenty goals, you’re going to be let down. If you watch F1, you must acknowledge that Monaco will always, always have less overtaking than any other track. I was entertained until the pit stops, which luckily came late in the race, but from then on I knew nothing else was going to happen. We saw less passes than in previos years as well. Verstappen was brilliant to watch, but in the end only made two moves. His crash was unfortunate, but Mercedes’ pit error gave the race a thrilling but undeserved ending.
@Fixy

Uniquely, Monaco does not use Formula One Management’s television director, and several thought the footage was not up to its usual quality as a result.

One more thing, the local director is just not up to the job. There are some things I enjoy, like more onboard shots and replays in normal speed with natural sound, but in general the coverage simply isn’t logical. FOM has a director that does this on a bi-weekly basis, I do not understand why Monaco is too stubborn to let him take over.
@Andae23

It was so stupid at times. Especially at the end when DR and LH were so close that the feed cut to Rosberg’s cam and there was nothing to see. How stupid. Although I know it was a fluke but the director got the perfect shot Verstappens clash with Grosjean somehow.
@MahavirShah

I particularly liked ‘has Hamilton come out in front of Rosberg? Here they come…” and the director cuts to the onboard from Vestappen’s car being craned away so you couldn’t see the one exciting thing that happened in the race!
@Petebaldwin

Nico Rosberg admitted he got lucky with his win – but he’s far from the only driver to do so in Monaco:

Quite reminiscent of 1992 race, when Mansell decided to make a late pitstop and Williams totally botched it. So Senna, who was trailing behind miles behind, got the lead and held on to it despite Mansell was all over him like crazy during final laps (unlike Hamilton who didn’t put any pressure on Vettel despite having tremendous car and tyre advantage).

And I don’t recall people calling that race fixed and Senna an undeserved winner.
Manule