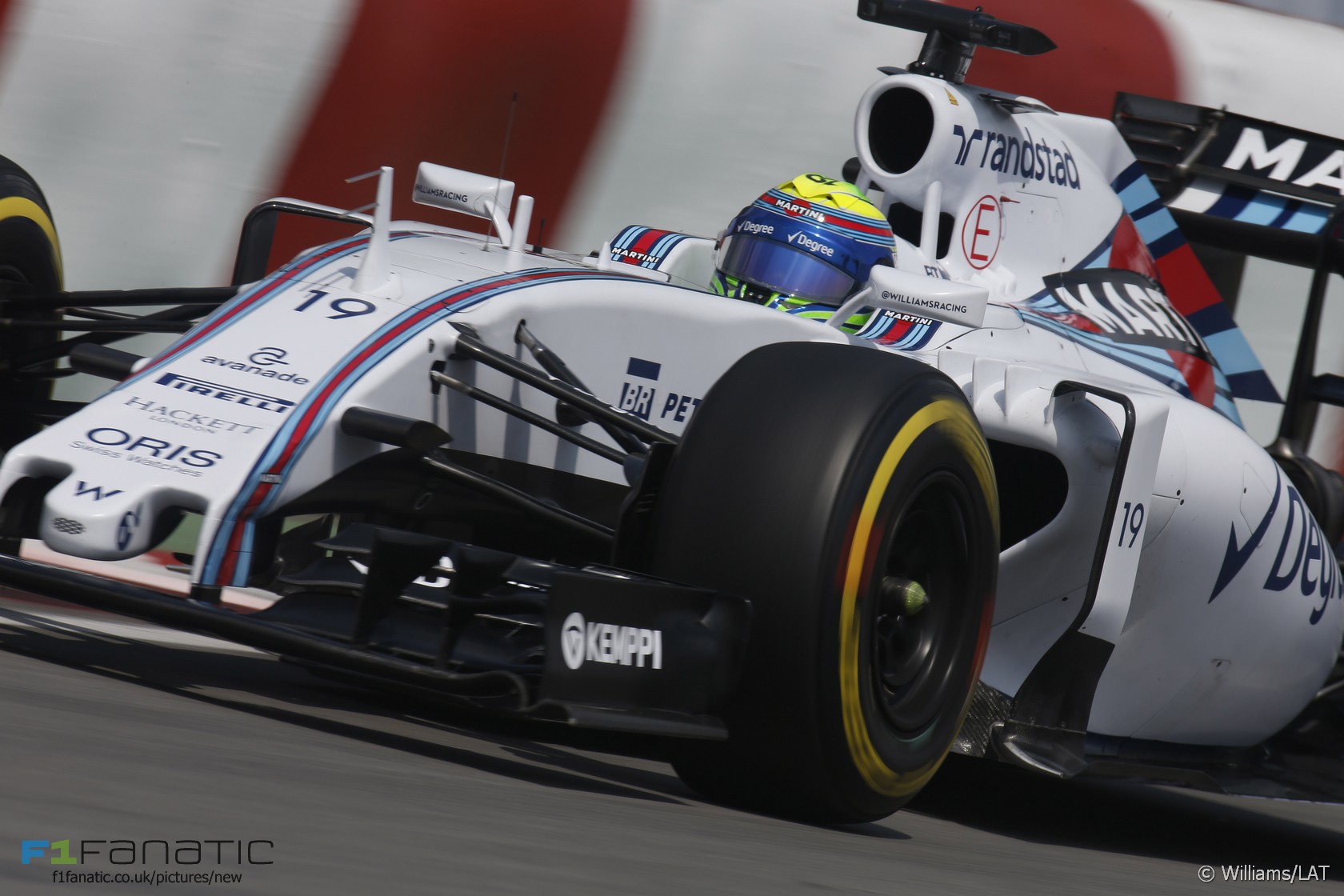 Williams say their aim is to get Felipe Massa to the finish ahead of at least one of the Red Bulls following his compromised qualifying session.

Massa was eliminated in the first round of qualifying after a power unit problem left him vulnerable on the straights.

“It wasn’t the cleanest session for us on either car,” said the team’s head of performance engineering Rob Smedley.

“Felipe lost power in Q1 and there was nothing we could do about that. With Valtteri [Bottas], we had a small hydraulic leak that compromised our Q2, so we were trying to learn about tyre management while running in Q3 and I’m pleased he got to where he did.

“At least it’s better to have the problem today than tomorrow,” said Massa. “It’s a good track for us and I’m sure we were going to be competitive but unfortunately I could not do anything.”

2 comments on “Williams target Red Bull after problem for Massa”