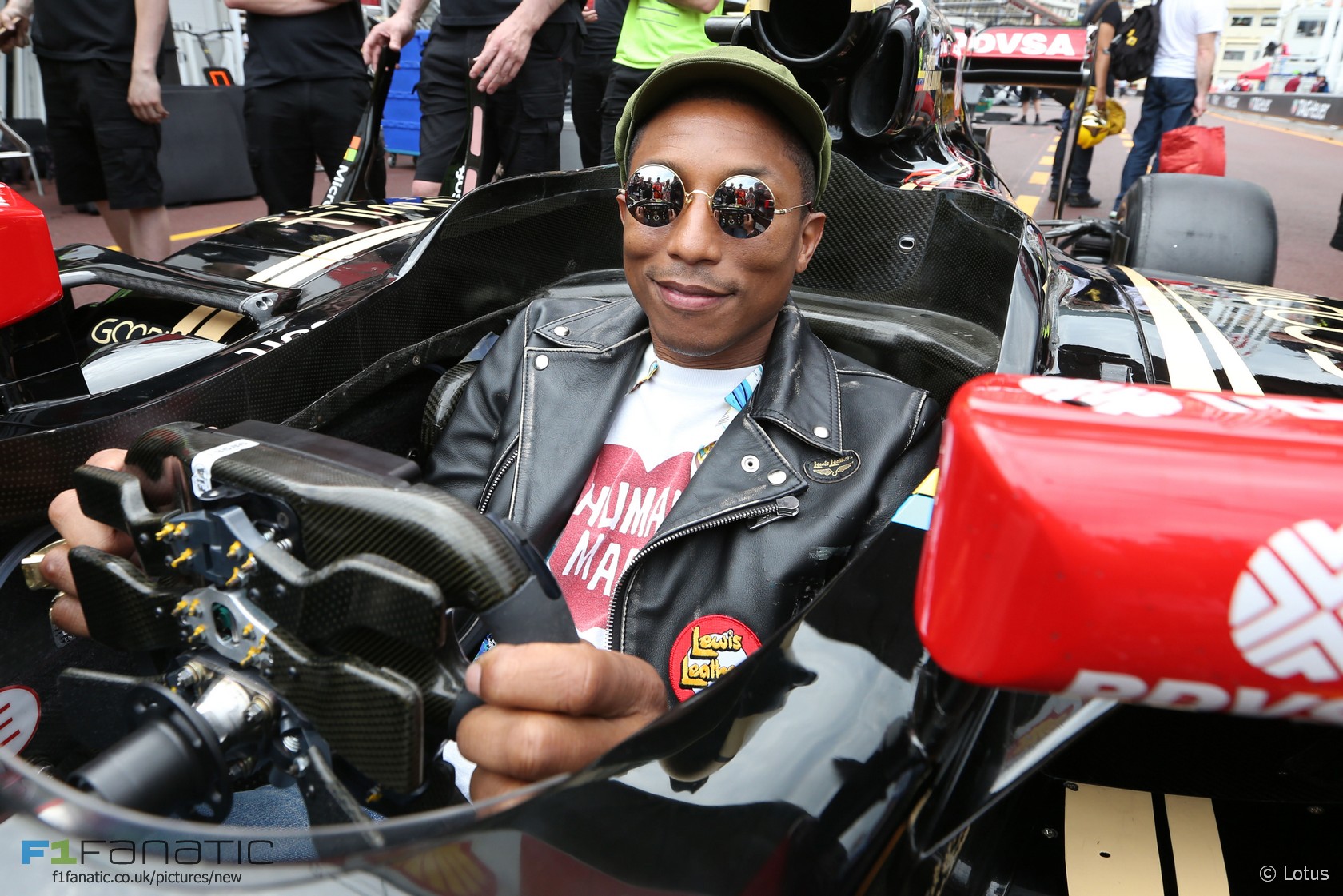 Some of the many blank spaces on this year’s F1 cars disappeared in the last three races with the arrival of several new names. Lotus gained a sponsor in private jet chartering company Goodwill, whose logo now appears on top of the sidepods on the E23. Lotus used their sidepod space to advertise the film Mad Max – Fury Road at the Spanish Grand Prix. The post-apocalyptic action thriller was released in May, and drivers Romain Grosjean and Pastor Maldonado also took part in a promotional event using Lotus cars that had been adapted to match the theme of the film: The film might have got some extra publicity had the ‘Mad Max’ logos still been on the cars in Monaco, where Romain Grosjean was assaulted from behind by another Max – Verstappen. And it would have been a headline writer’s dream come true. But in Monaco there were more new names on the car, including that of wearable technology brand Senturion.

Then, in an unusual move, the team revealed a new sponsor for race day only. American singer-songwriter Pharrell Williams applied several of his brands to the car: his name on the sidepod, his record label I Am Other on the cockpit sides and the film Dope, of which he is an executive producer, by the rear wheels. McLaren’s new ‘graphite grey’ livery, replacing the silver it had used since 1997, was a major talking point ahead of the Spanish Grand Prix.

Group CEO Ron Dennis had previously suggested that a change would only happen if a major new sponsor came on board. However no such name appeared on the restyled car, apart from the addition of the team’s own logo to the rear wing.

The cars of McLaren and Honda’s junior drivers Nyck de Vries (Formula Renault 3.5, below), Stoffel Vandoorne and Nobuharu Matsushita (GP2) were also brought in line with the new colours. Despite growing pressure on Formula One to rid itself of alcohol sponsorship, whisky brand Johnnie Walker had an enlarged presence on McLaren’s car in Monaco, its logos appearing behind the front suspension as well as its usual position on the mirrors and nose structure. In Canada it was Esso’s turn to benefit from greater exposure on the car’s engine cover. Swiss Fibertec logos quietly appeared on repainted white barge boards on the Sauber from the Spanish Grand Prix. The company manufacturers carbon elements and moulds, and their website now features a picture of the C34. Manor’s cars were largely bereft of sponsors until the Canadian Grand Prix. But before the weekend their intent of becoming a long term presence in the sport was further realised by the announcement of a partnership with hospitality company Airbnb, whose branding can be seen on the side of the airbox.

Manor also featured the logo of British television programme TFI Friday on its nose and rear wing endplates. The show, which ran from 1996-2000 and is fronted by automotive enthusiast Chris Evans, is making a one-off return to mark its 20th anniversary this evening.