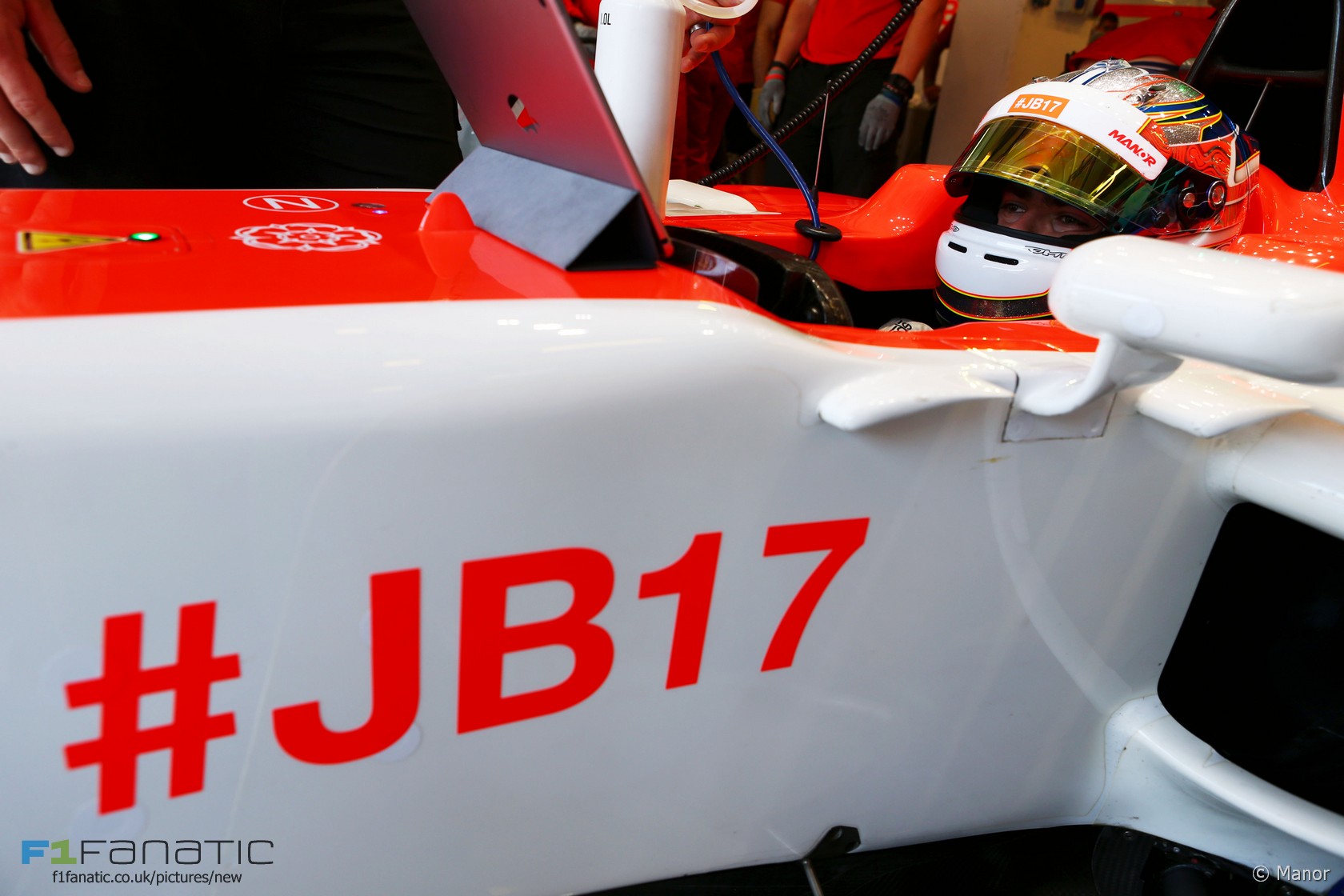 A few new brands appeared on the cars during the previous three grands prix – and one name featured on almost all of them at the last race. Force India’s car is not short of Mexican sponsors or alcohol brands, but the team found room for another at the Austraian Grand Prix. The logos of Mexican premium wine brand Cavall appeared on the VJM08’s headrests. The most striking announcement of the last three races came from tail-enders Manor, who added the branding of shipping container manufacturer Flex Box to their sidepods at Silverstone, and revising the colour accordingly.

For Silverstone only, the logo of data company Clifford Thames also returned to the team’s car having previously featured in 2013.

For their home race Manor also paid tribute to their employees who had helped resurrect the team’s Formula One effort during the off-season. Note the recent addition of former Mercedes designer Bob Bell: While there were few other new logos on the cars at the last few races, some teams varied their liveries according to local branding differences or to highlight different sponsors.

McLaren featured a unique sidepod design at the British Grand Prix to celebrate its 10th year in partnership with alcohol brand Johnnie Walker, advertising the drink-driving campaign #JoinThePact, which since 2008 has been active in 40 countries and collected 2.4 million commitments to never drink and drive. The Lotus featured enhanced branding for Microsoft at the British Grand Prix, with their Lumia brand being advertised more prominently on the car. In Britain, Williams swapped their Rexona logos for local brand Sure. The Hungarian Grand Prix was the first race to follow the death of Jules Bianchi. He had tested for Ferrari, run in Friday practice sessions for Force India and raced for Marussia, and had competed against every driver in the field at one time or another in his racing career.

The drivers carried tributes to him on their helmet and most the cars also bore ‘#JB17’ or similar logos (if the Red Bull had one, it was very discreet, although they did acknowledge him in several other ways).

See here for more pictures of the tributes to Bianchi made at the Hungarian Grand Prix: