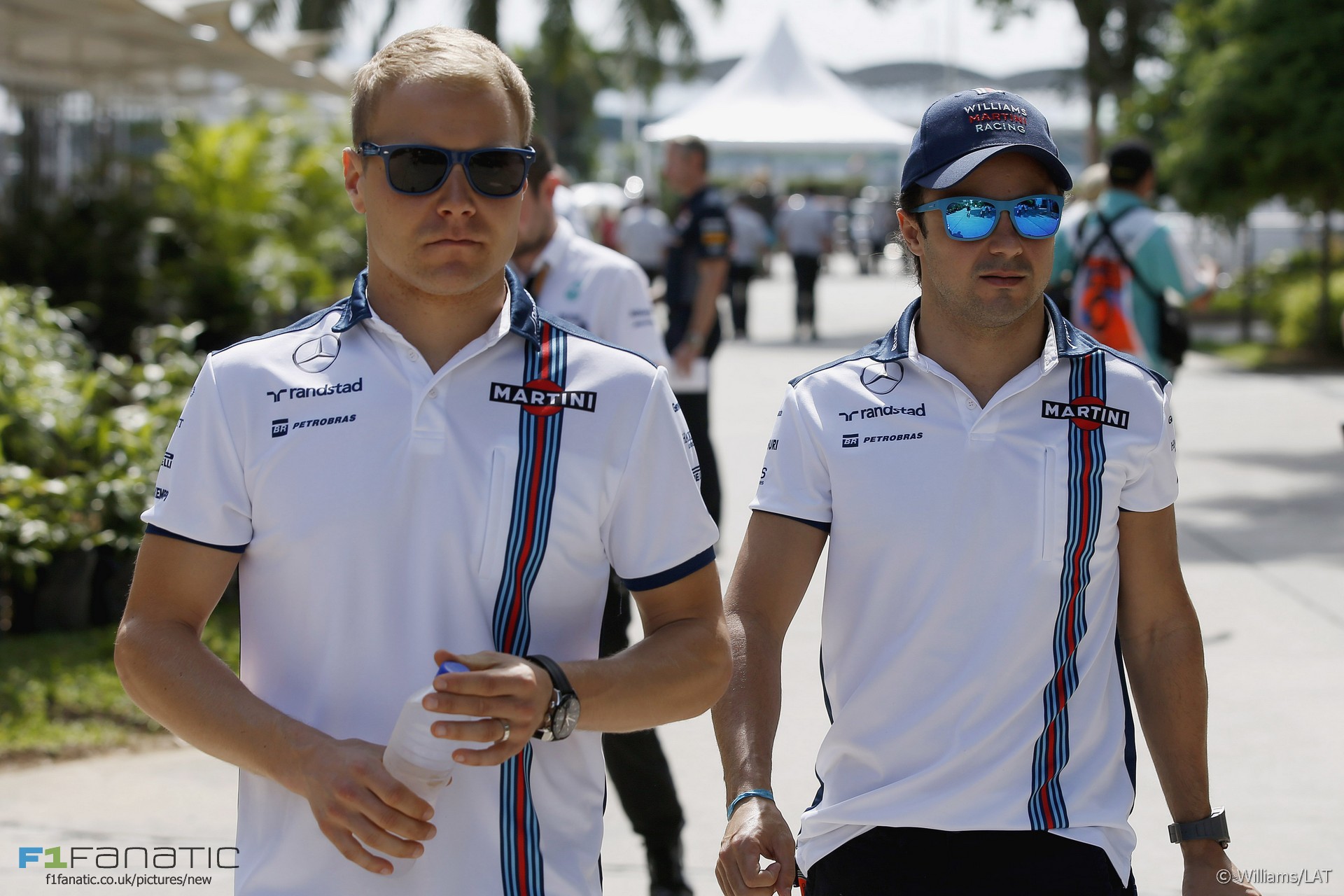 Williams will retain its driver line-up of Valtteri Bottas and Felipe Massa for the 2016 F1 season, the team has confirmed.

Team principal Frank Williams said the pairing is “one of the strongest driver line-ups on the grid” and “puts Williams in a fantastic position to continue its momentum towards the front of the grid in 2016”.

“Felipe’s blend of experience and raw speed is a rare attribute in Formula One,” Williams continued. “Felipe thrives in an environment where he is valued and can build a long-term relationship and we are delighted that he has become such an important part of the Williams family.”

“Valtteri has become such a staple of Williams that we are as excited about the prospect of his potential as a championship contender as we are about returning the Williams name to the top of Formula One.”

Bottas had been linked with a move to Ferrari until Kimi Raikkonen was confirmed to be staying with them. “We have been getting stronger as a team and I look forward to what next year will bring,” said Bottas, “I believe we can achieve even stronger results than what we have seen so far.”

Massa said he is “so pleased to be staying as we are working very well together as a team”.

“They respect me a lot and the results are there, and it has been so nice to be part of the big turnaround the team has seen since the end of 2013. ”

See the updated list of 2016 F1 drivers and teams