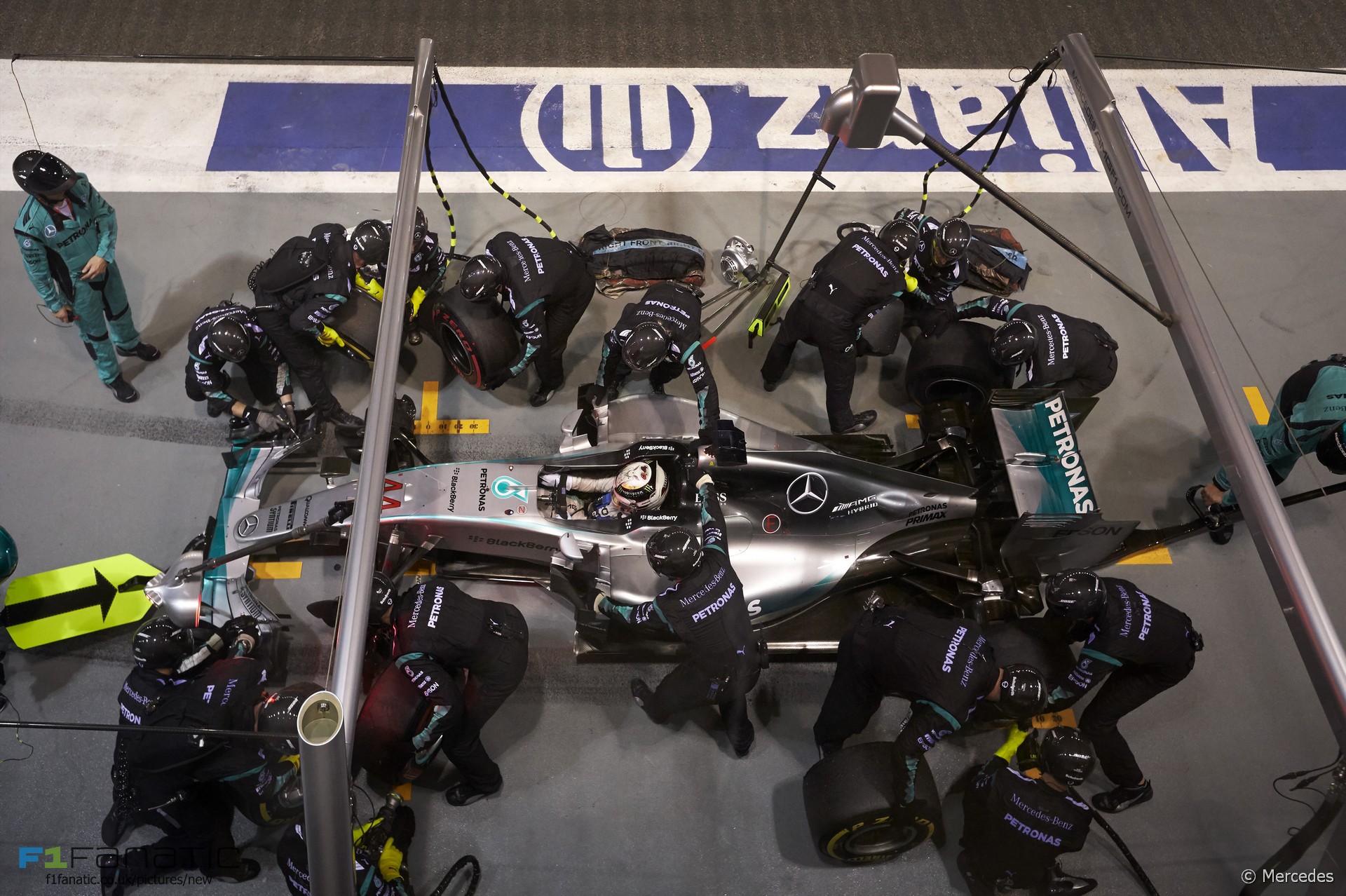 Lewis Hamilton started the Singapore Grand Prix for an unusually low position – fifth on the grid – having been over a second off the pace in qualifying.

Mercedes’ sudden loss of pace was one of the most surprising developments of the weekend. But could a combination of Safety Cars and strategy helped him to victory in the race had it not been for his retirement?

“Think we had the pace to win,” rued Hamilton as Mercedes pushed his car back into the garage after 32 laps. “Think we had the strategy to win as well,” race engineer Peter Bonnington concurred.

The early Safety Car period had wiped out much of the 15-second deficit to the leaders Hamilton had gained earlier in the race. And when the race restarted, Vettel kept a lid on the pace of his pursuing rivals to preserve his tyre performance for later in the race, which also allowed Hamilton to stay in touch.

Could he therefore have won had he not retired? The timing of the second Safety Car period makes it doubtful. None of those who, like Hamilton, took soft tyres for their second stint considered it worth trying to stay out without making a second pit stop when the Safety Car reappeared. So any hope of jumping ahead of the leaders and ekeing his tyres out to the end was unrealistic.

Had the Safety Car not come out, Hamilton would have had the benefit of running on super-softs when his rivals were on the harder tyres. This certainly would have put him in a more competitive position.

Would he have been quick enough to pass the three cars who were in front of him when he retired? Sebastian Vettel were trading fastest laps well into the closing stages of the race, and there’s no reason why they should have found themselves in a situation where their tyres started to go off, leaving them vulnerable. At best, Hamilton might have beaten Kimi Raikkonen to the last podium place, but that’s probably the upper limit of what the Mercedes was capable of in Singapore.

Exactly why that was is one of the most fascinating questions of the year so far.

The tyre strategies for each driver:

31 comments on “Did Hamilton really have “the strategy to win”?”