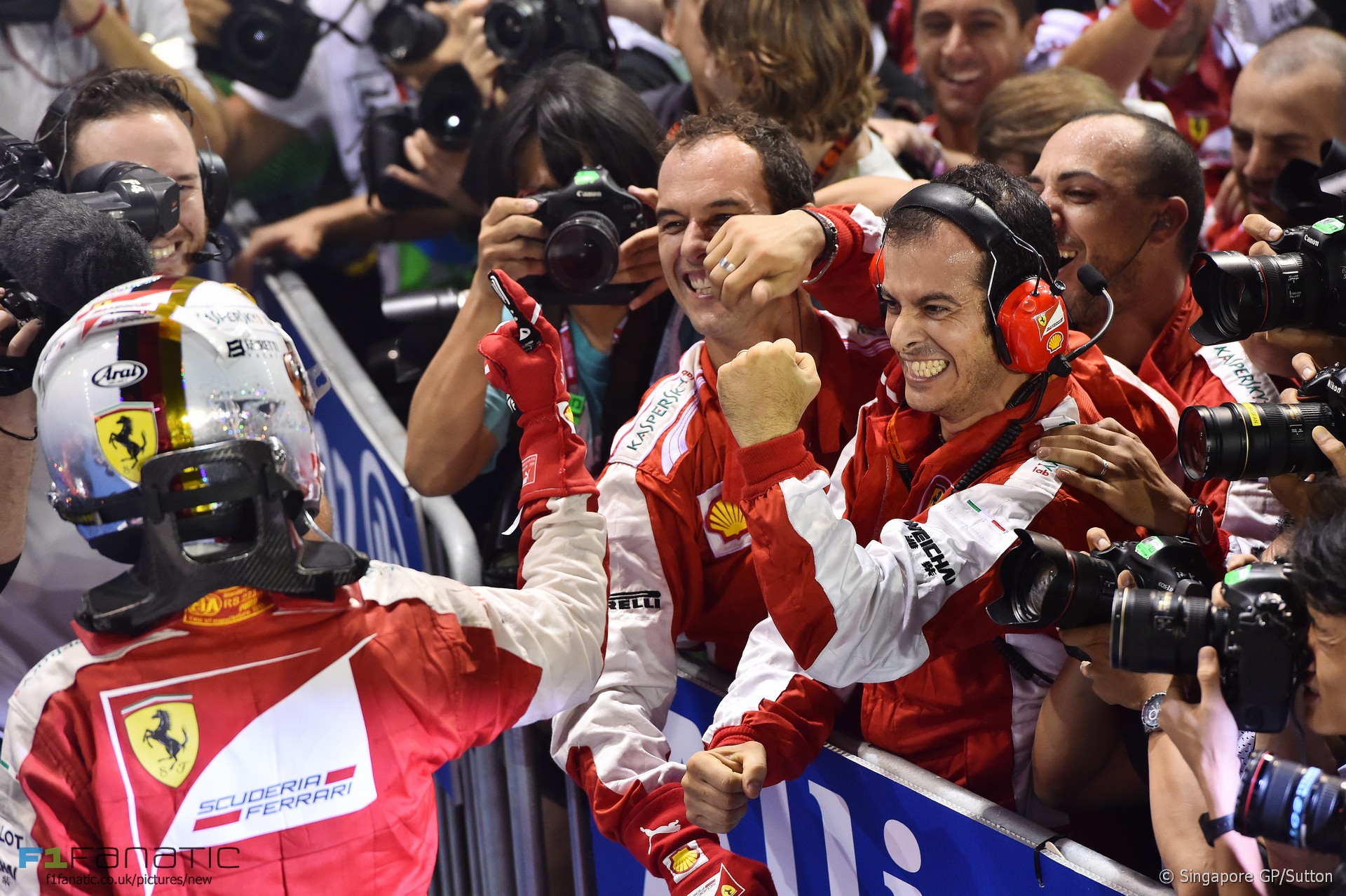 Ferrari has promised to apologise for the behaviour of its team members in the wake of Sebastian Vettel’s Singapore Grand Prix victory.

The team was investigated following the race for “failing to follow the instructions of the relevant officials for the safe and orderly conduct of the event”, an infringement of the International Sporting Code.

The stewards noted they had “received a complaint from the secretary of the event on behalf of himself and the members of the security contingent at post-race parc ferme, that some members of Scuderia Ferrari failed to obey instructions of relevant officials and behaved in an inappropriate manner”.

After hearing from the Ferrari team manager as well as the event secretary and security head the stewards said “the team representative has offered to have the team principal send a written unconditional apology to those who were affected and to give an assurance that there will not be a recurrence.”

Formula One photographer Darren Heath accused the Ferrari team members of “appalling thug-like behaviour” in a series of Twitter posts. “The Ferrari mechanics pushed aside officials holding a barrier and then smashed into photographers at PF [parc ferme]”, he added.

35 comments on “Ferrari to apologise for “inappropriate behaviour” after race”