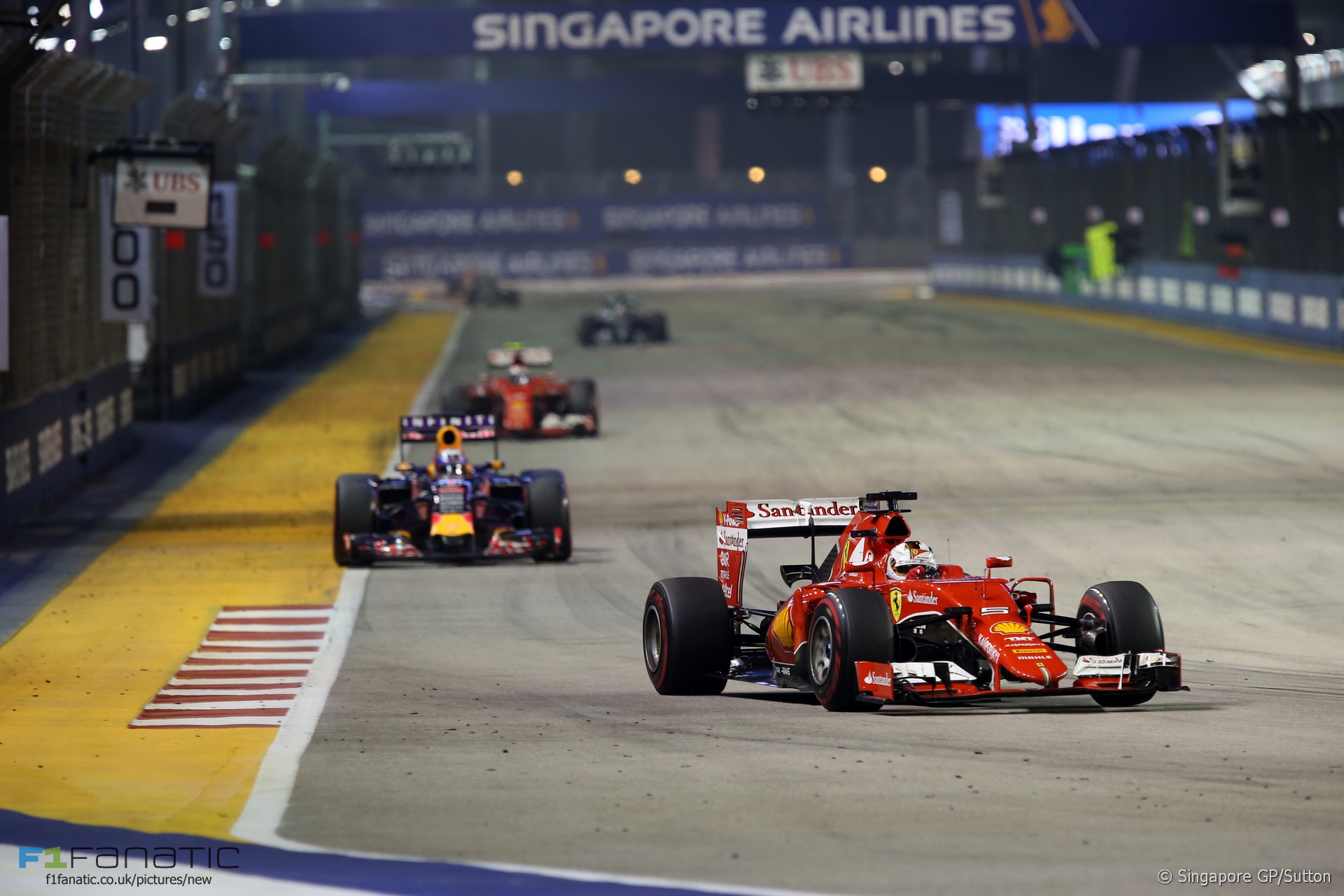 “He got lucky, didn’t he?” Daniel Ricciardo knew exactly what it meant when a Virtual Safety Car period was declared after Nico Hulkenberg’s Force India struck the turn three barrier on lap 13 in Singapore.

“Yes, mate,” answered race engineer Simon Rennie. Ricciardo had been gaining on race leader Sebastian Vettel but the VSC let the Ferrari driver off the hook and kept Red Bull from using the advantage of their long-run pace which they had demonstrated on Friday.

Vettel had shot off at the start of the race, pulling out a three second lead in the first lap which was over five seconds by the fourth tour. But just two laps later Ricciardo began reeling him back in, and on the lap before Hulkenberg tripped over Felipe Massa’s Williams it had fallen to less than four. As the graph below shows, Ricciardo was consistently quicker than Vettel in the second half of the first stint.

The first Safety Car period killed off this developing strategic battle, and the second one – caused by a member of the public wandering onto the circuit – saved Vettel from having to make any pit stops under green flag conditions which Ricciardo could have turned to his advantage.

But if Ricciardo was unfortunate, his team mate was even more unlucky. Daniil Kvyat pitted under green flag conditions just before both of the Safety Car periods, losing places each time to those who were able to save time by pitting under caution.

“That worked against us and it wasn’t a good race for me but we couldn’t have done anything else,” he rued. “I lost two places to Mercedes after the first stop and a place to Bottas after the second one.”

All the lap times by the drivers (in seconds, very slow laps excluded):

39 comments on ““He got lucky, didn’t he?” Safety Car ends Ricciardo’s victory hopes”