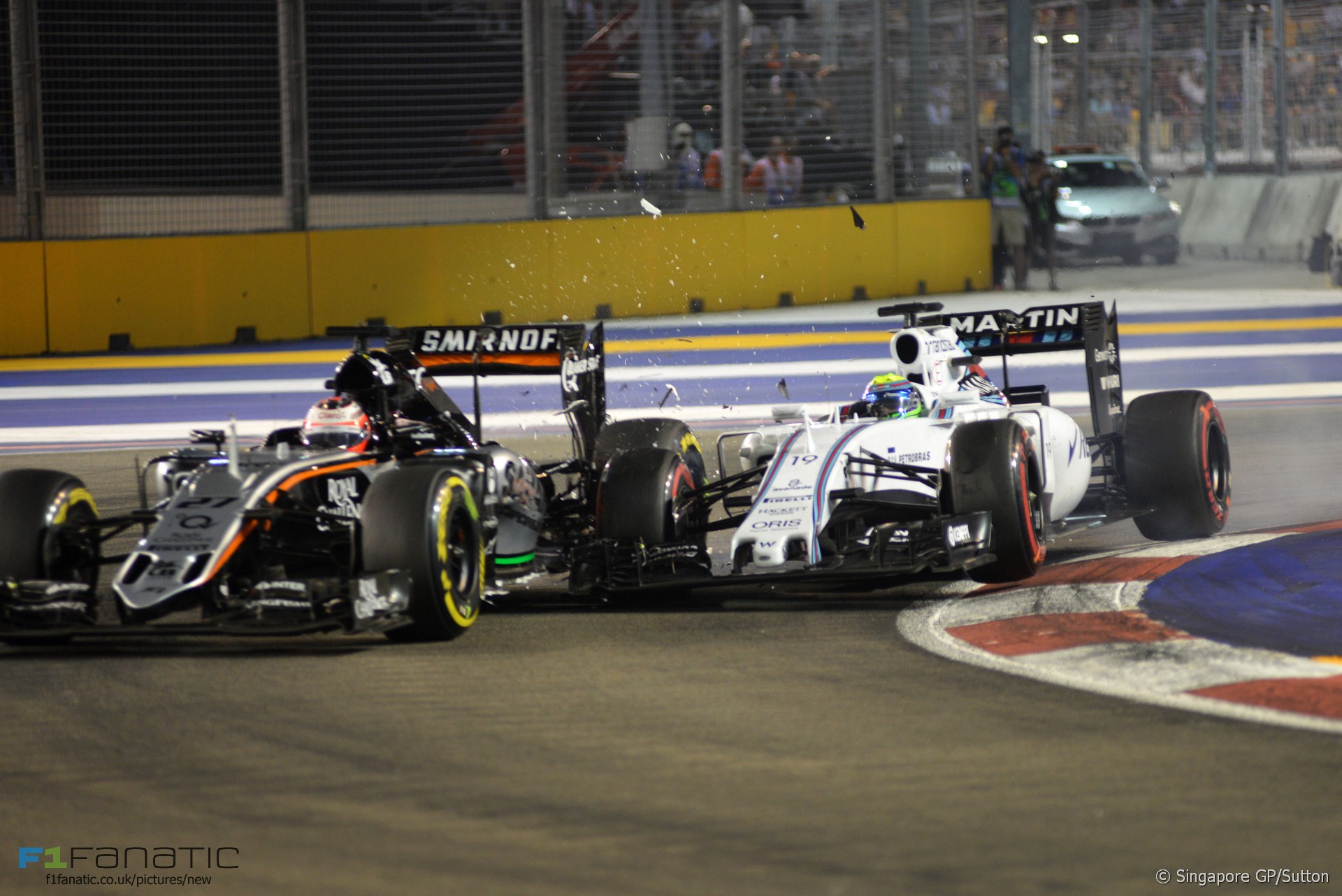 Nico Hulkenberg says he doesn’t understand why he was penalised for the collision with Felipe Massa that ended his race in Singapore.

Hulkenberg tangled with Massa at turn three as the Williams driver was leaving the pit lane. The stewards gave him a three-place grid penalty for the next race and penalty points on his licence, but did not hear from either driver beforehand.

“The accident with Felipe was very unlucky and I don’t understand why I’ve been given a penalty before there has even been the chance to discuss the incident in the stewards’ room,” said Hulkenberg.

“I saw Felipe coming out of the pit exit as I went through turn one, but I was ahead in turn three, I was on the racing line and I took the corner as usual. Then I felt the contact with my left rear and my race was over.”

“In my view it was my corner and I’m surprised Felipe backed out of it much too late, locking up just before he hit me.”

Team principal Vijay Mallya backed his driver. “We are surprised a penalty was given to Nico, especially considering that he was the one who ended up out of the race and with severe damage to the car,” he said.

“We’re even more surprised the drivers weren’t called to the stewards’ room to give their view on the events.”