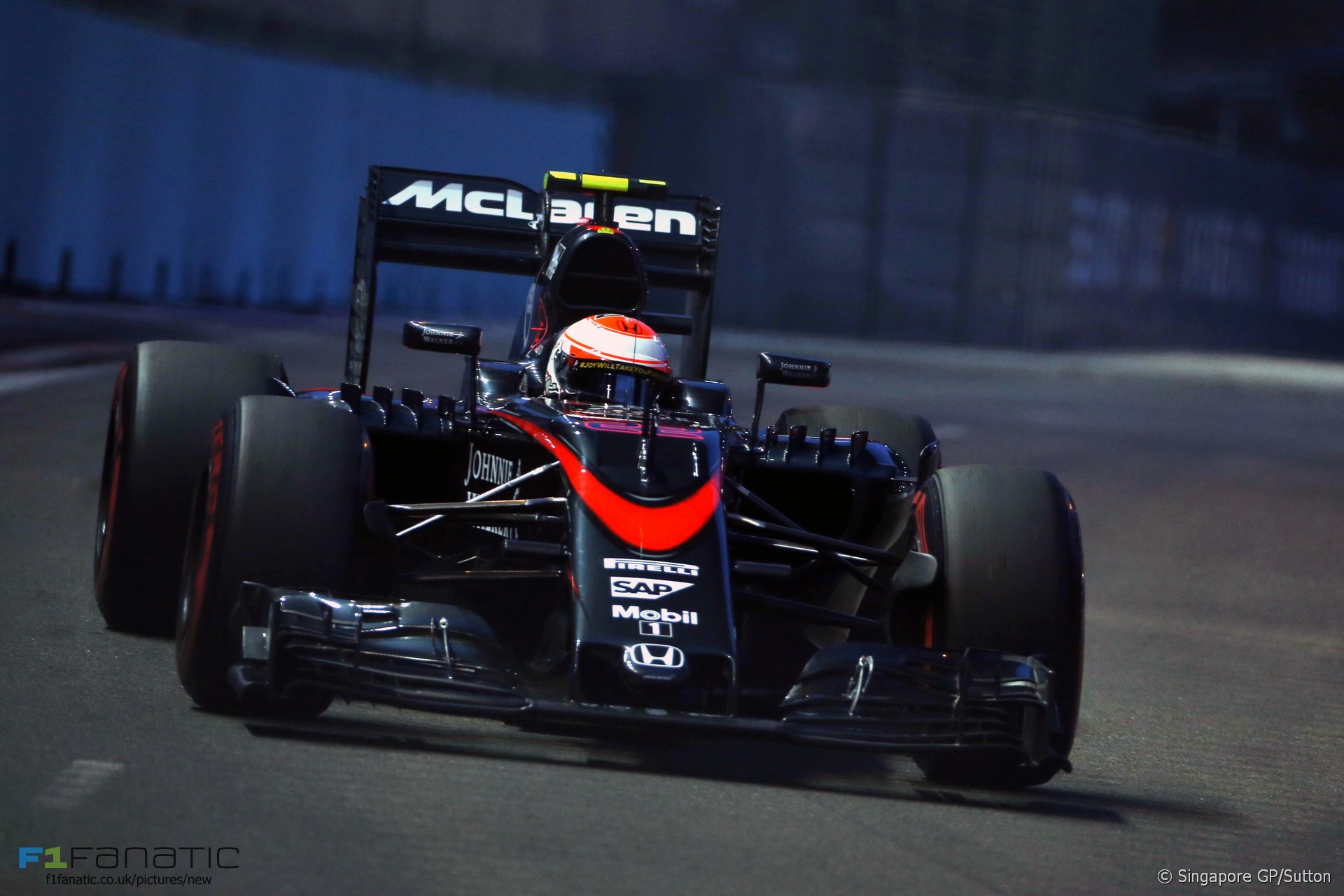 Jenson Button laid the blame for his collision with Pastor Maldonado in the Singapore Grand Prix at the Lotus driver’s feet.

The pair came to grief at turn 17 while Button was trying to pass his rival.

“I was in tenth behind the two Lotuses and they were unbelievably slow,” Button told reporters after the race.

“I hit the back of Maldonado – I can’t say any different – but I sort of expected him to touch the throttle out of the corner and he didn’t. So I don’t know what was going on there, but I found myself in the back of him.”

“But two corners before that I was on the inside of him and he just tried to drive me straight off the circuit and it’s like, you can’t do that in F1, especially around a circuit like this. But it’s not the last time he’ll do it.”

Button later retired with a gearbox problem, but prior to the collision he said he had been pleased with the car’s pace and his strategy.

“The Safety Cars – we were very lucky with both of them. We went very long on our strategy so obviously it opens up Safety Cars in a good way.”

“The first one we sat in the pits for 30 seconds trying to get the wheel on the front-right, so it didn’t help us, but the second one really helped us. And the actual pace was good considering the lengths we were doing.”