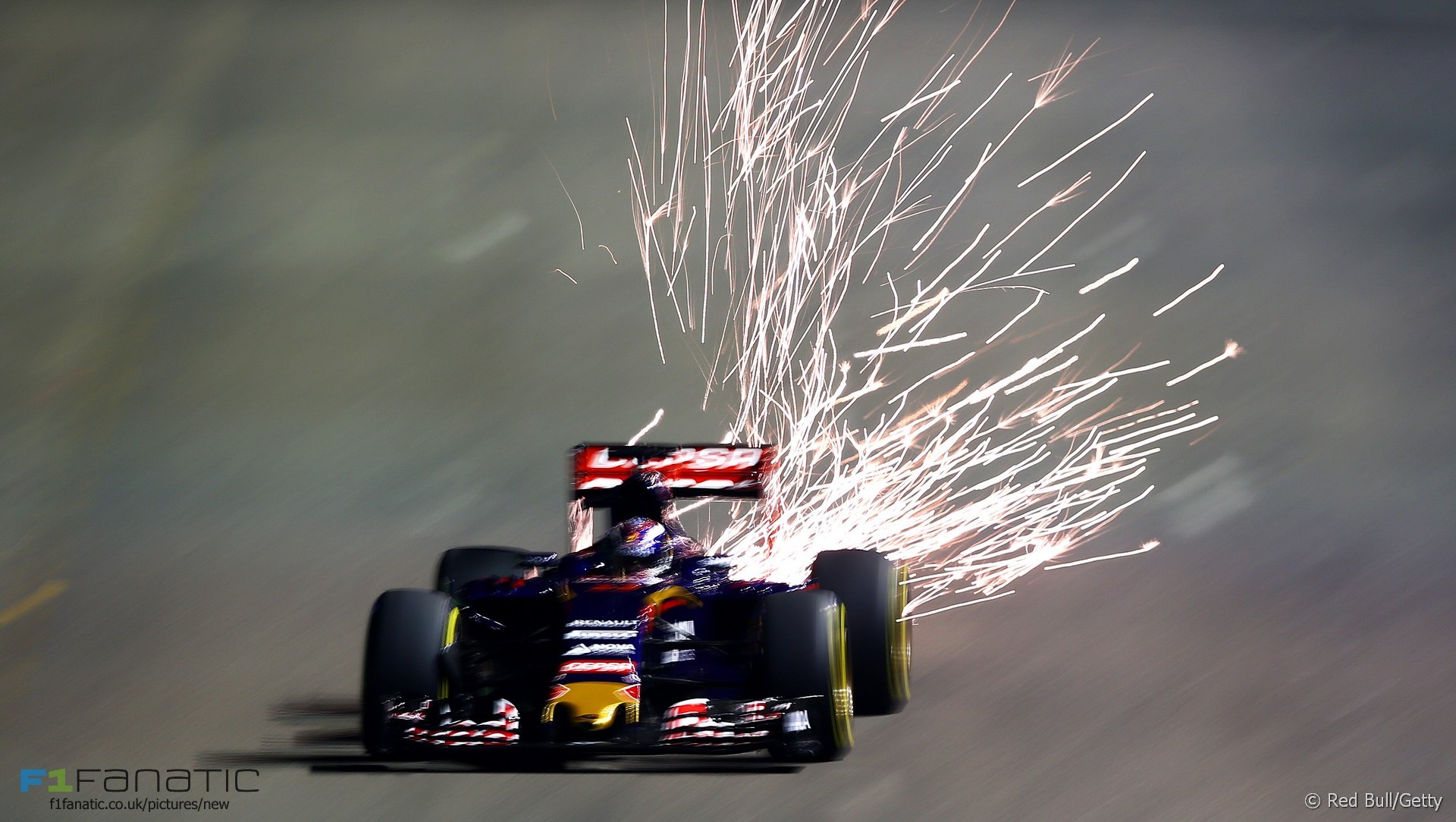 Max Verstappen disobeyed an instruction from Toro Rosso to let Carlos Sainz Jnr pass him in the closing stages of the Singapore Grand Prix – but the team later accepted that had been an unnecessary call.

Verstappen was trying to pass Sergio Perez in the closing stages of the race while being caught by his team mate.

“At the end of the race, we thought that Carlos would catch Max faster, because he had new [super-soft] tyres on, while Max had fitted used [softs],” explained team principal Franz Tost.

“Therefore, we calculated that Carlos could’ve had a better chance to attack Perez, but he didn’t close the gap to Max well enough to really demonstrate that he could do this, so there was no reason to end up swapping their positions.”

Verstappen had climbed from the back of the field to finish eighth. That was where he started before stalling his car on the grid.

“We have to find out what happened, because the anti-stall should have prevented this from happening,” said Tost.

The positions of each driver on every lap. Scroll to zoom, drag to pan, right-click to reset:

The time difference between each driver, relative to the leader’ average lap time. Scroll to zoom, drag to pan, right-click to reset: