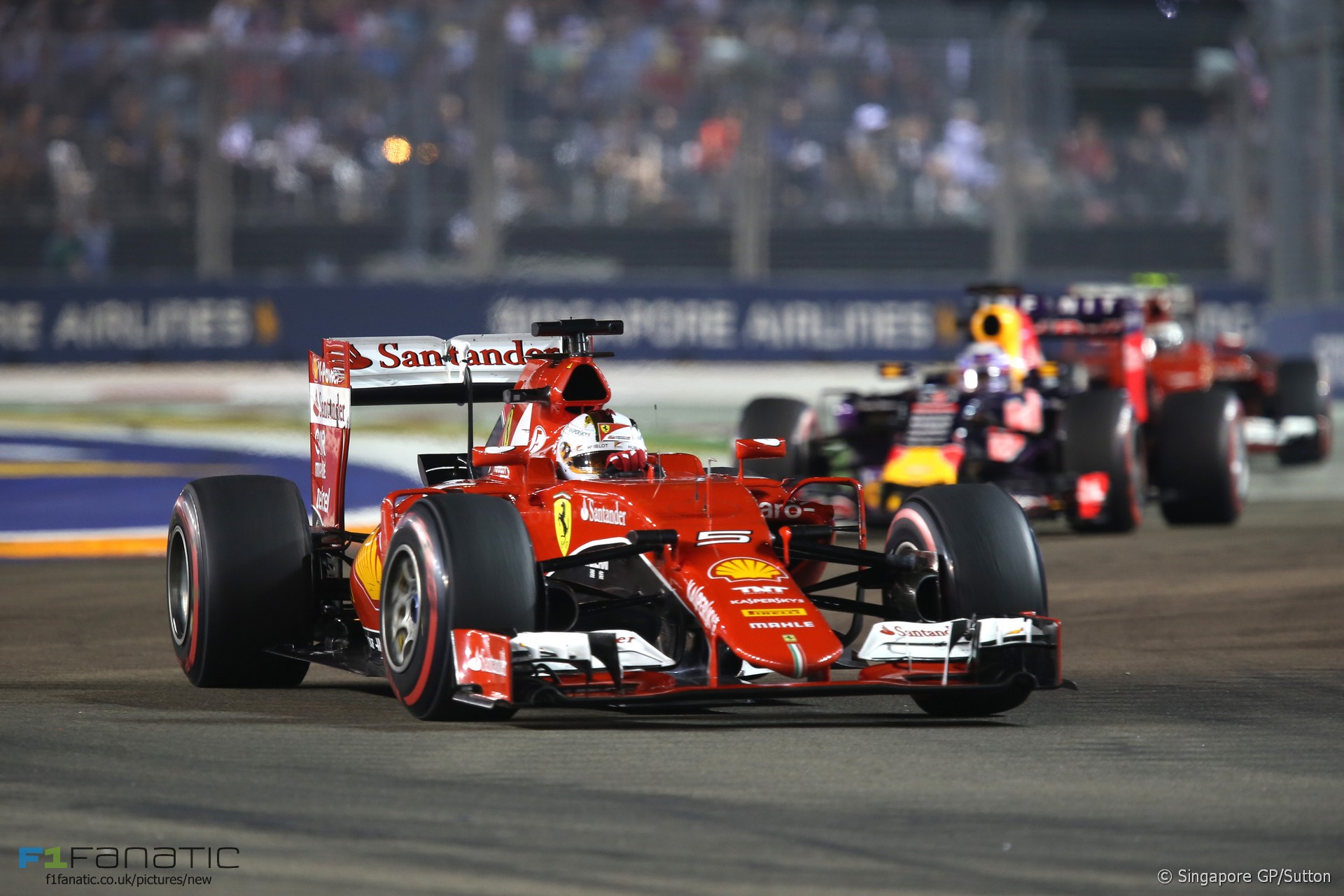 Sebastian Vettel won the Singapore Grand Prix which was interrupted twice by the Safety Car – once because a spectator had managed to get onto the track.

The invader caused the second Safety Car period of the race, the first of which came following a collision between Nico Hulkenberg and Felipe Massa.

Vettel made his pit stops under each of the Safety Car periods, Daniel Ricciardo shadowing his every move on his way to second place, following by Kimi Raikkonen.

Nico Rosberg finished fourth after points leader Lewis Hamilton retired with a throttle problem. Valtteri Bottas took fifth place despite being warned about a gearbox problem in the latter stages of the race. A similar problem affected several other drivers including the McLaren pair, who both ran in the points before dropping out.

Daniil Kvyat fell to sixth place after losing out during the first Safety Car period. Sergio Perez took seventh for Force India with the two Toro Rossos close behind him, both of which had been delayed during the race: Max Verstappen failed to get away at the start and Carlos Sainz Jnr’s car went into neutral after one of the Safety Car periods.

Felipe Nasr took the final point for Sauber after both Lotus drivers dropped back in the final stint due to tyre degradation.

29 comments on “Vettel wins after track invasion in Singapore”