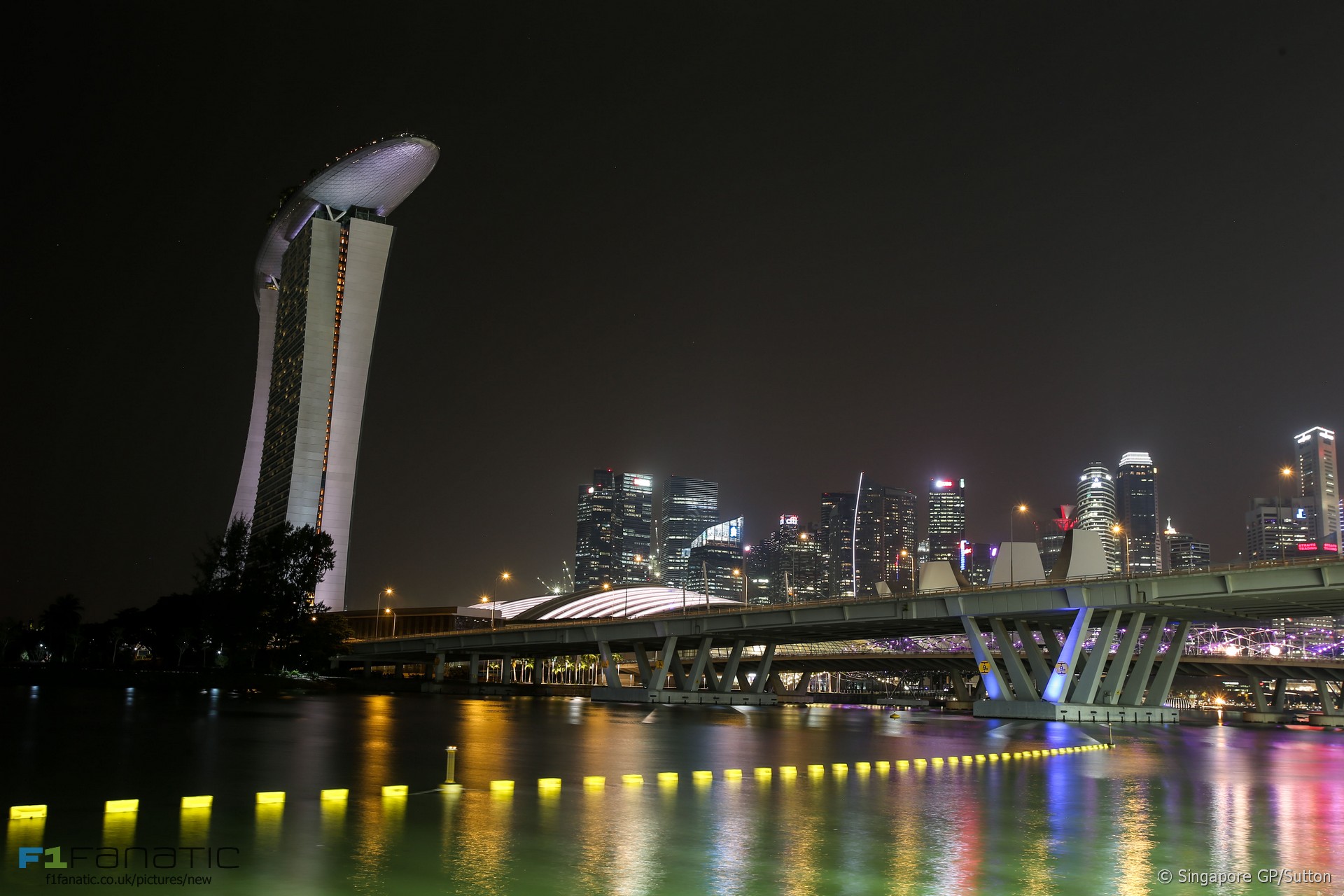 The Singapore Grand Prix organisers are considering “a substantial increase in the number of marshals” after a fan stayed onto the track during last Sunday’s race.

The FIA revealed it took just ten seconds for the person to gain access to the track. They did so via an Egress Point – a slot in the fencing normally used by marshals – and spent around 15 seconds on the track while the race was in progress.

According to the FIA, only half of the Egress Points around the circuit were manned, which is “common with most circuits”.

The track invader also had to scale a 1.1-metre high security fence to gain access to the track. The FIA also noted race organisers are “considering plans for the installation of higher spectator fences…” in the area round the Esplanade Bridge where the intrusion took place.

Following the track invasion during last weekend’s Singapore, the event Clerk of the Course, Gabriel Tan, was tasked with compiling a report into the incident.

Mr Tan’s report has now been received by the FIA and in examining events surrounding the invasion the following has been established:

• The person who entered the circuit did so via a designated Egress Point along the track on the driver’s right on the Esplanade Bridge.

• This type of EP is a horizontal slot through which personnel can slide through to gain access the track. This opening is secured in selected locations around the circuit outside of race operations periods by the installation of a locking gate.

• The individual climbed over a 1.1 metre high security fence, gained access to a protected 2-metre-wide Marshal Zone, crossed a carriageway and slid through the opening in the EP. He managed to enter the track in less than 10 seconds.

• The 1.1m fence in question is of a similar height to fencing used at a number of other F1 events.

• The individual crossed the track, walking in reverse race direction, and then exited the track approximately 15 seconds later via another EP to the drivers’ left.

• Upon exiting, the man was immediately apprehended by marshals who handed him over to the police who arrested him.

• As is common with most circuits, race officials man approximately half of the EPs or other access points located within marshal zones around the circuit. The remainder would have security personnel patrolling the areas and/or spectator fences as an additional barrier.

Following the compilation of his report on the incident, the Clerk of the Course made the following recommendations, which are welcomed by the FIA.

• The Singapore Grand Prix organisation is currently studying plans to increase security in identified areas. In the affected area where the intrusion occurred, it is considering plans for the installation of higher spectator fences. A substantial increase in the number of marshals in attendance at the event is also being evaluated. These marshals would work hand-in-hand with the security personnel in spectator areas.