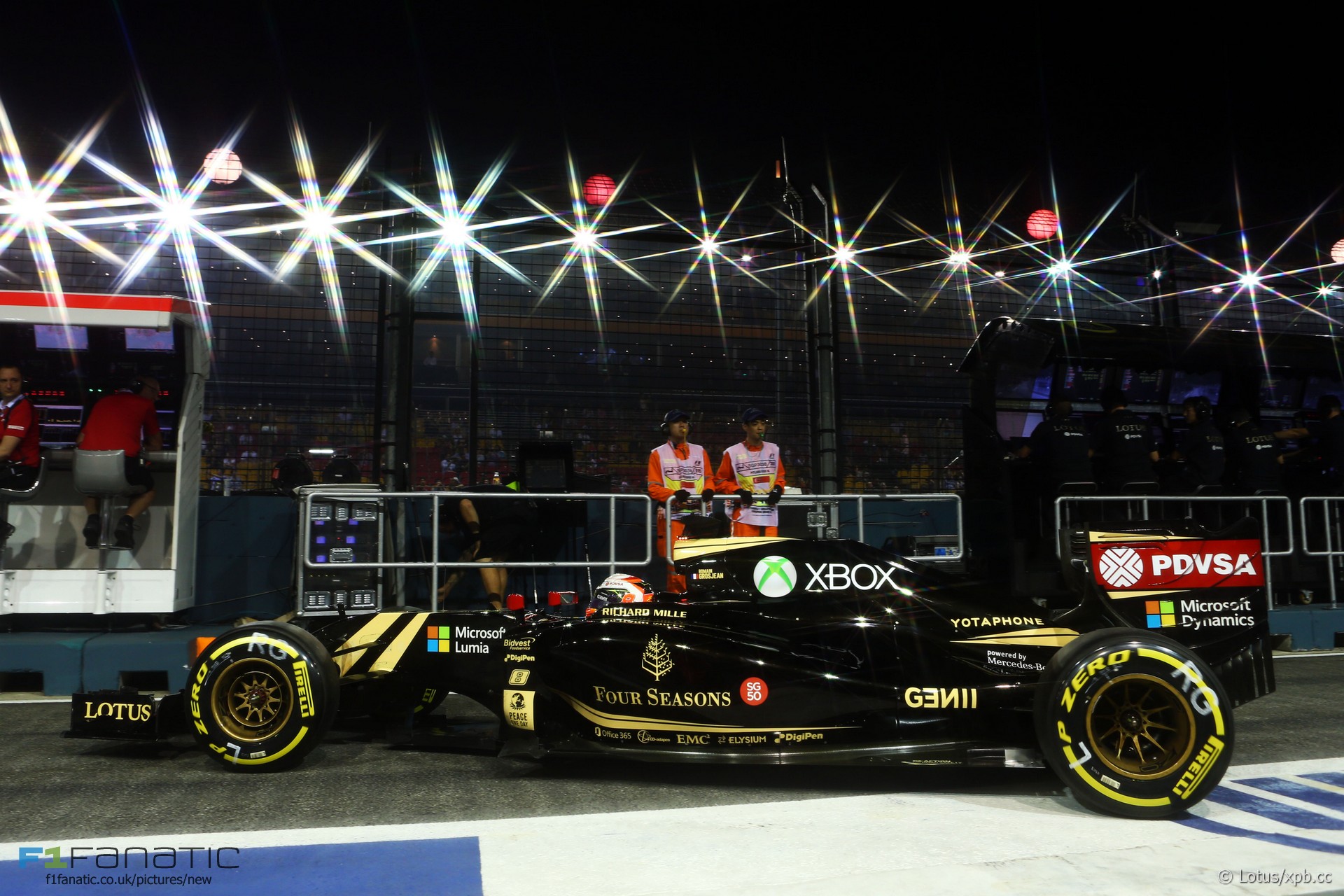 Singapore and Japan are two races where F1 teams often pick up regional sponsors as a one-off. But there was little sign of it happening this year – most of the teams had completely unchanged liveries for this Asian leg of the championship.

The prominence of sponsors’ logos was a talking point at Suzuka, where Bernie Ecclestone was reported to have objected to the branding teams used in their garages. It wasn’t just Mercedes who got the cold shoulder from FOM in Japan – we didn’t see much of the teams’ garages either.

Amid increasing financial concerns, Lotus nonetheless featured several changes in branding in Singapore. The Four Seasons Hotel was advertised on the E23’s sidepod alongside SG-50, a special logo designed to celebrate the 50th anniversary of Singapore’s independence.

The logo of games console and Microsoft owned brand Xbox appeared to mark the release of Forza 6, a racing game published by Microsoft Studios which features the team’s car.

Regular sponsor Saxo Bank advertised its online trading platform Saxo Trader Go on the side of the car during the Italian Grand Prix.

McLaren finally announced a new sponsor after the Japanese Grand Prix, revealing a partnership with sparkling wine producer Chandon, commencing from the 2016 season. Images released show its logo will replace the current Johnnie Walker logo on the side of the car next year.

As usual McLaren rotated its Segafredo Zanetti logo on its rear wing endplate with local brand Boncafe at the Singapore Grand Prix.

Ferrari, F1’s longest-running team, started its 900th race in the Belgium. The team marked the milestone with a commemorative logo on the nose of the SF15-T.

Force India paid tribute to Bharath Raj, the late President of the Federation of Motor Sports Clubs of India during the Belgian Grand Prix weekend with a logo on the side of the car.