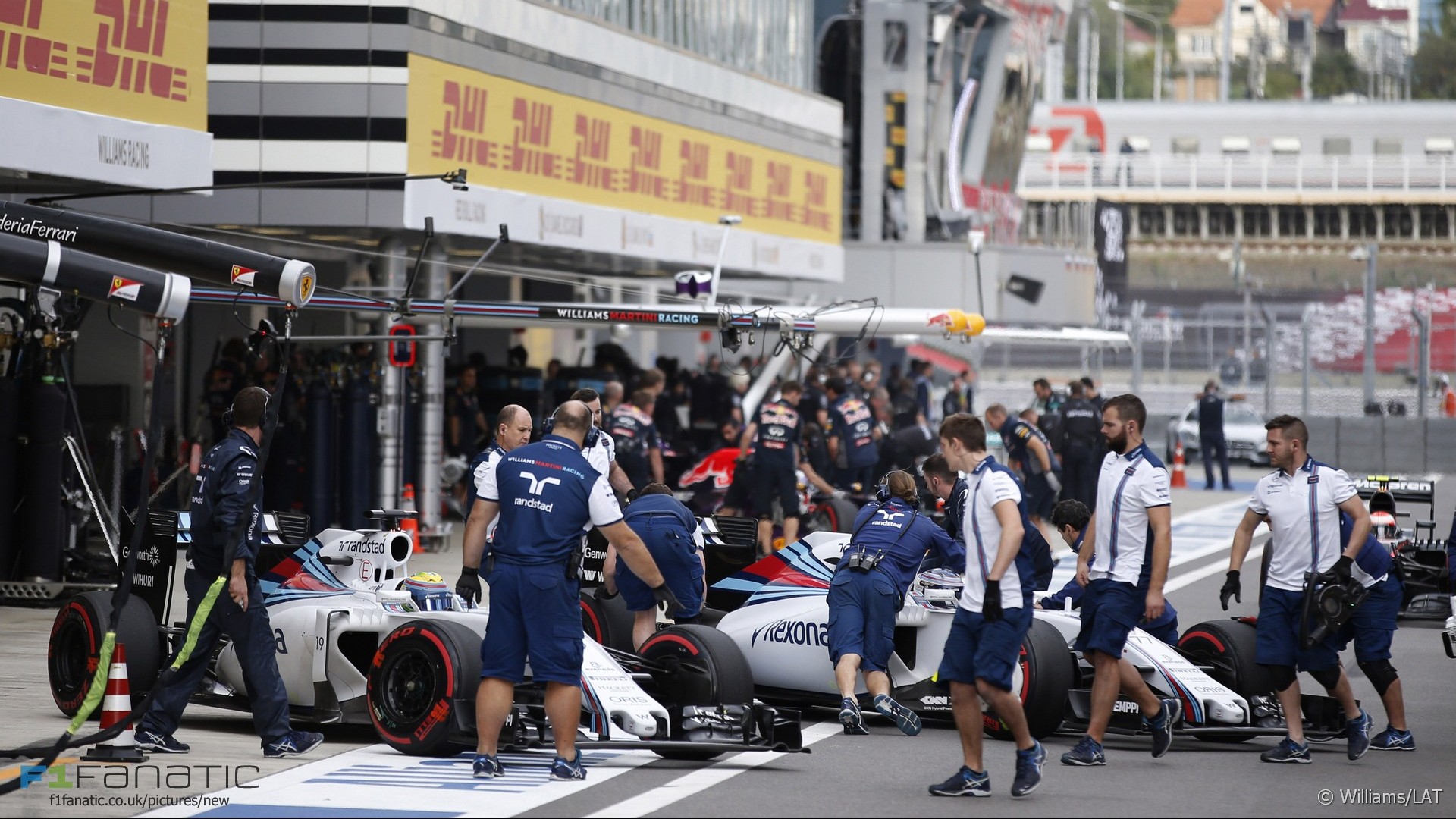 Felipe Massa admitted a driving error was the beginning of his problems in Q2 which ended with him dropping out in 15th place.

“I made a mistake at turn eight in my first timed lap in Q2,” said Massa, “and then in my final two attempts I came up against a lot of traffic which lost me a lot of time.”

“On my final run my tyres were gone at the rear and that was the end of my chances.”

The Williams driver will have to fight through the field in Sochi for the second year in a row – last year he qualified at the back due to a power unit problem.

“It’s a shame and I’m very disappointed,” he said, “but I have a quick car around here so we need to have a good strategy and use our pace to move up into the points tomorrow.”

team mate Valtteri Bottas qualified in third. Williams head of performance Rob Smedley said Massa “was definitely on for a second or third row position” but believes “we have the car to make our way through the pack and score some good points” tomorrow.

4 comments on “Massa owns up to error after qualifying 15th”