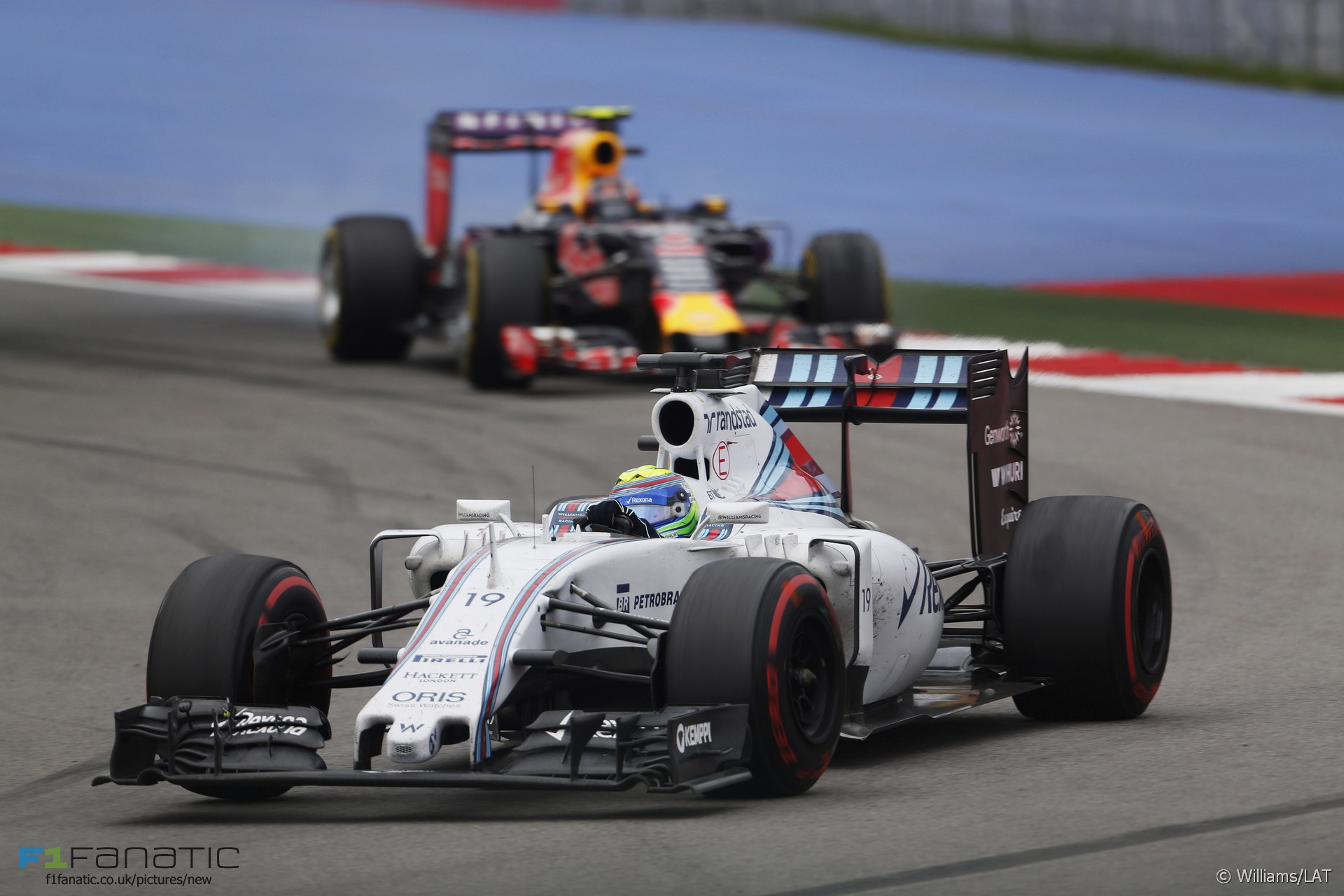 When Valtteri Bottas was taken out on the final lap of the race by Kimi Raikkonen, one of the first drivers to benefit was his team mate, who had patiently worked his way up from a lowly grid position.

Felipe Massa had lined up 15th on the grid but had made up nine places by the start of the last lap. One more came his way when he passed his team mate’s stricken car, and around the same time his race engineer told him to hurry up and catch Raikkonen, who was limping home with a puncture, before the chequered flag.

“I lost a bit of time behind slower cars at the beginning of the race because I was on harder tyres than those around me,” explained Massa, “but the pace was very good on the super-softs at the end.”

The other useful development for Massa was the two Safety Car periods, which ensured he did not lose too much time to those ahead of him. However he didn’t make his pit stop until after the second Safety Car period, following which he used his Williams’ straight-line speed to pass the likes of Daniil Kvyat on his way back through the field.

The positions of each driver on every lap. Scroll to zoom, drag to pan, click name to highlight, right-click to reset:

The gaps between each driver on every lap compared to the leader’s average lap time. Scroll to zoom, drag to pan, click name to highlight, right-click to reset: