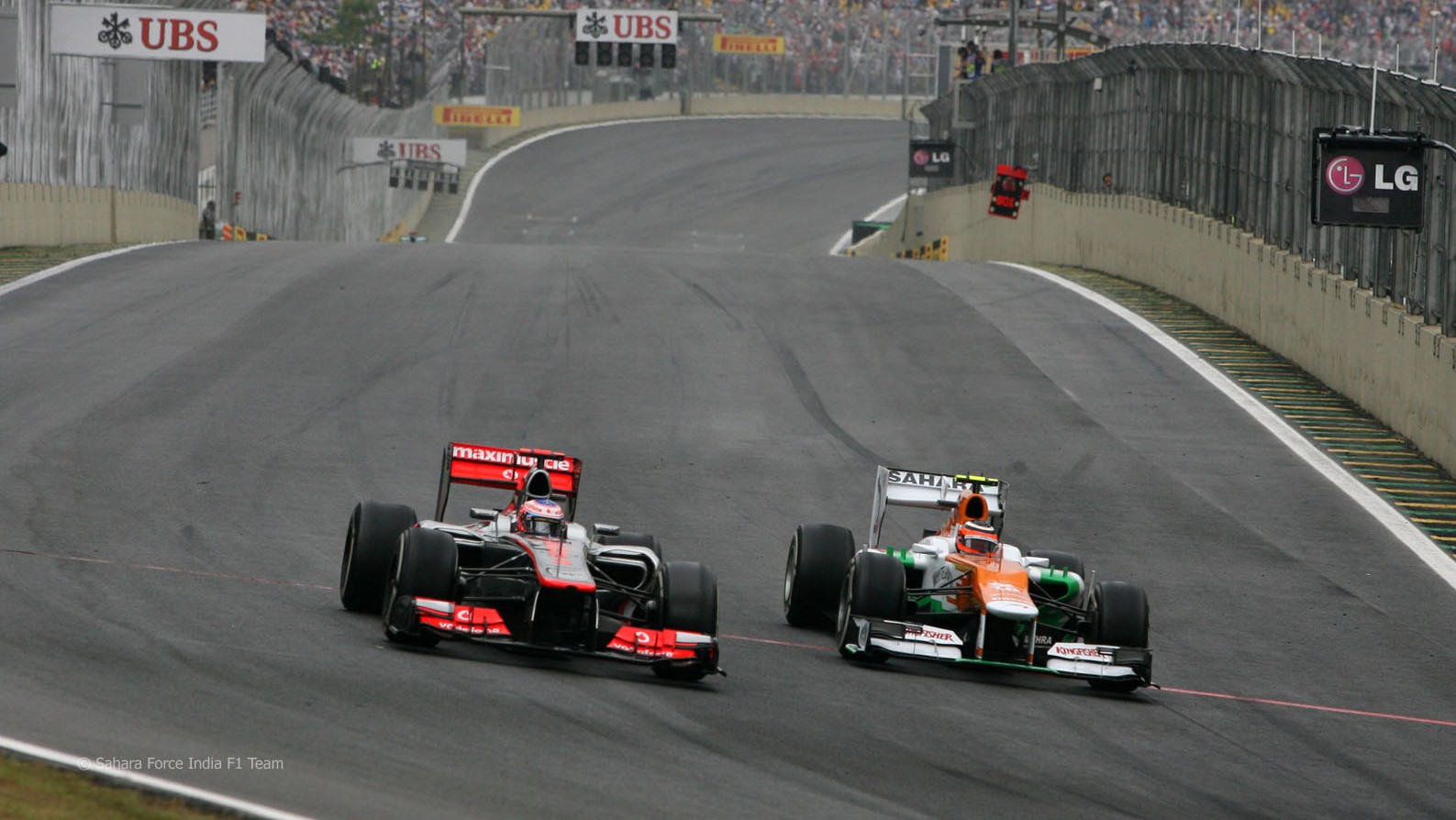 This was the first time a British driver has ever successfully defended a title – a surprising fact given there have been more champions from Britain than anywhere else. However there were consecutive British champions from 1962 to 1965 (Graham Hill, Jim Clark and John Surtees), 1968-69 (Hill and Jackie Stewart) and 2008-09 (Hamilton and Jenson Button).

Hamilton took the title with his 43rd career win, which moves him ahead of Sebastian Vettel as the most successful driver competing today in terms of race wins.

Coincidentally, Hamilton was the first F1 driver to clinch the championship in the USA since his team mate’s father Keke Rosberg in the Las Vegas Grand Prix which took place on this day 33 years ago.

However he missed out on pole position again, meaning he can no longer equal Vettel’s record for most pole positions in a season. Having taken seven in a row earlier this year, he’s missed the last four since then.

Rosberg notched up his 19th pole position and also set the fastest lap of the race: the 13th of his career, putting him level with Jacky Ickx, Alan Jones and Riccardo Patrese.

McLaren’s long wait for a win

Button took his best result of the season so far with sixth, but McLaren passed an unwelcome milestone as they are now in their longest ever win-less streak in terms of races. There have been 54 grands prix since Button took the team’s last win at Interlagos in the 2012 season finale.

That’s one more than the team’s 53-race win-less streak between James Hunt’s victory in the 1977 Japanese Grand Prix and John Watson’s in the 1981 British Grand Prix – albeit the latter was longer in terms of time. So was their gap between Ayrton Senna’s final win for them at Adelaide in 1993 and their next win courtesy of David Coulthard at Melbourne in 1997 – a 49-race interval.

Two teams celebrated happier milestones. Sauber marked their 400th race participation, including their 2006-2010 spell as BMW Sauber. They only started 397 of those races: the team did withdrew from the 1994 Monaco Grand Prix (after Karl Wendlinger’s crash in practice), the 2000 Brazilian Grand Prix (wing failures) and the 2005 United States Grand Prix (along with all the other Michelin runners).

Red Bull also marked their 200th start – and they were marking ‘starts’ rather than ‘appearances’. They have 201 if you include USA 2005.

Having taken a new Ferrari engine and incurred a grid penalty, Vettel took the 700th Ferrari-powered podium finish on Sunday. This also means Ferrari are now un-catchable in second place in the constructors’ championship.

Have you spotted any other interesting stats and facts from the United States Grand Prix? Share them in the comments.

Review the year so far in statistics here:

91 comments on “McLaren enduring their longest ever win-less streak”