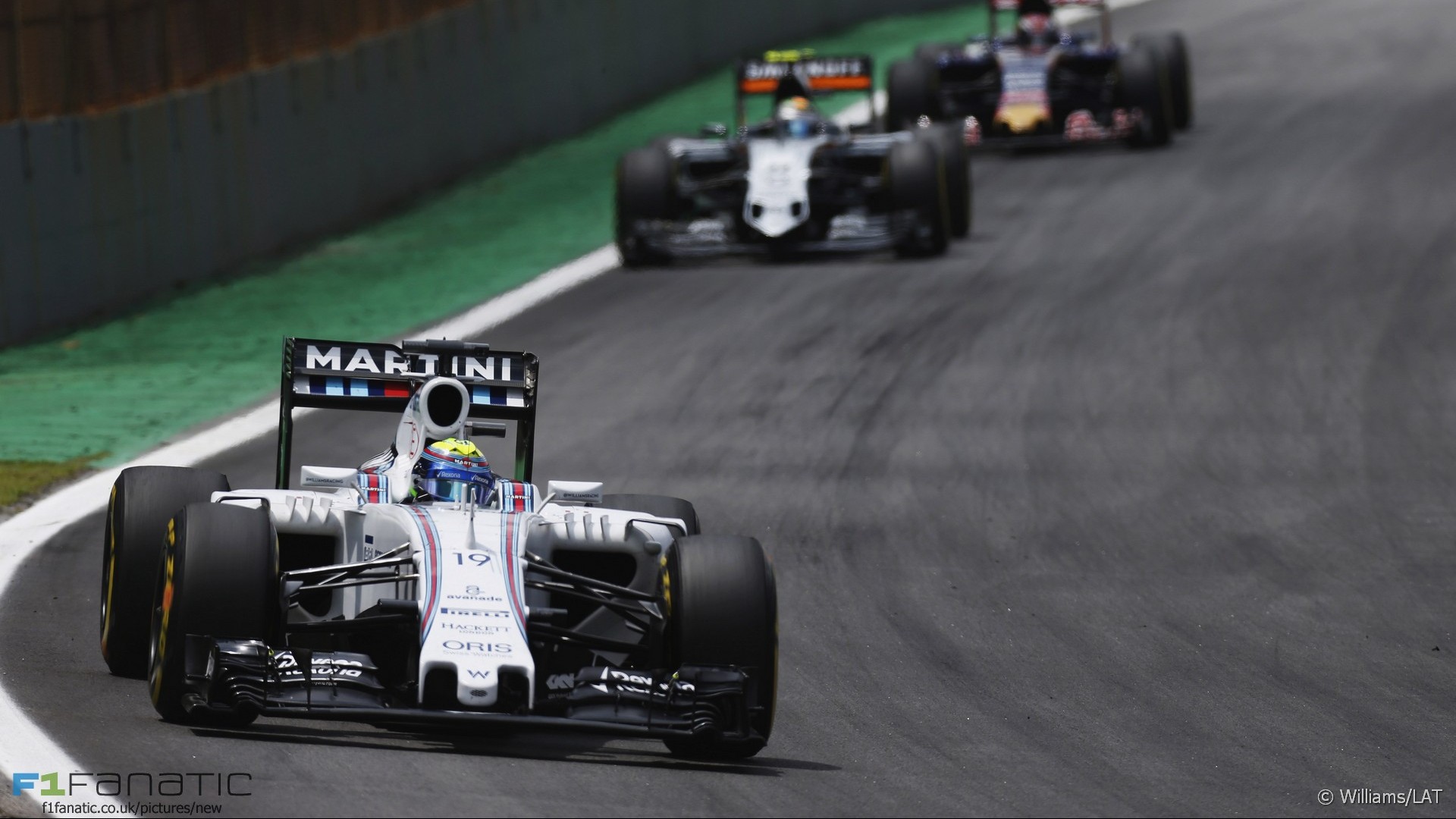 Williams has decided not to appeal against Felipe Massa’s disqualification from the Brazilian Grand Prix.

The team said on Thursday it will not continue with its appeal as the team does not stand to gain or lose in terms of its final constructors’ championship position – which determines how much revenue it receives from Formula One Management – whether or not the appeal is successful. Williams also said the time need for an appeal to be heard was also a factor in their decision.

“Following detailed consideration the team has concluded that despite not agreeing with the exclusion and believing it has sufficient evidence with which to successfully contest the ruling it will not formally appeal the decision as a hearing date is unlikely to be available until after the end of the season impacting a time when the team wishes to turn its attention to its 2016 campaign,” said the team in a statement.

“Given the financial climate of the sport, and the fact that the decision does not impact the team’s constructors’ championship position, it has been decided that this would be an unnecessary cost to endure.”

Williams noted that the stewards’ point of dispute over the legality of Massa’s car in his home race concerned only the temperature of one of his tyres and not its pressure.

“According to the FIA’s measurement on the grid, the right rear tyre on Felipe’s car did not comply with the maximum tread temperature as specified by Pirelli, the official tyre supplier, after the “5-minutes” signal was given.”

“The temperature measured on the tread of the right hand side rear tyre was reported to be 137 °C, 27 °C above the maximum tread temperature of 110 °C allowed by the official tyre supplier. The corresponding tyre pressure at 137 °C was 20.6 psi, 0.1 psi above the minimum starting pressure therefore the only point in question is the tyre temperature.”