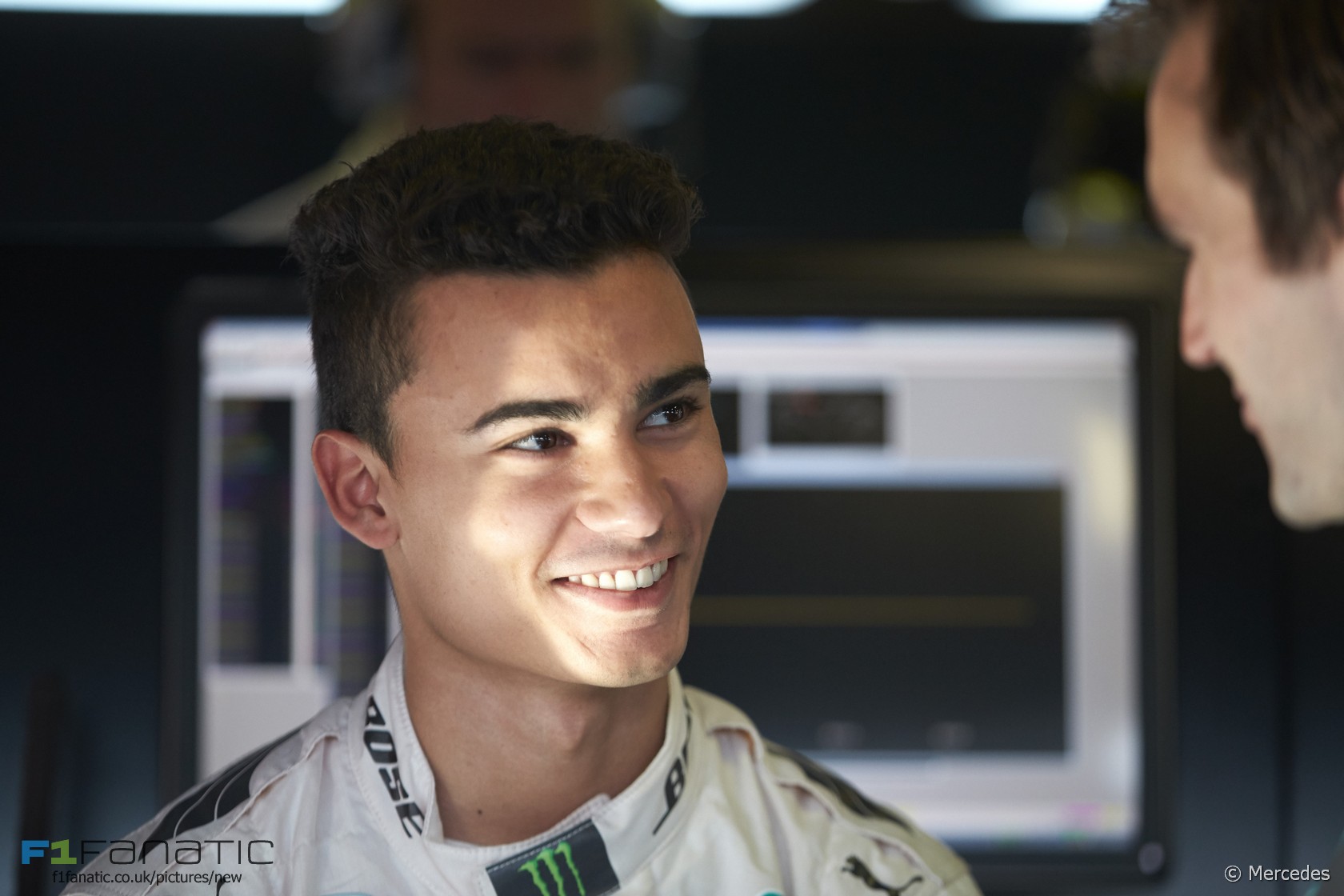 Pascal Wehrlein will occupy one of Manor’s two race seats for 2016, the team has confirmed.

The Mercedes-backed 21-year-old hasn’t raced a single-seater since 2013. Wehrlein has spent the last three years racing in the DTM championship, which he won last year.

However he has tested Mercedes’ F1 car extensively in the simulator, leading to his appointment as reserve driver in 2014. Manor is using Mercedes power units for the first time this season.

“Though it’s my first F1 season my aim is to help Stephen [Fitzpatrick] and the guys achieve their goals,” said Wehrlein. “It will be a tough challenge but I think we should be able to challenge for points along the way.”

Wehrlein has 16 FIA F1 superlicence points. That leaves him short of the 40 required to qualify a licence, however the FIA has relaxed its rules allowing drivers who previously obtained a superlicence to hold one this year. In 2014 Wehrlein covered over 500km in a 2012-specification Mercedes F1 car, which was enough to earn a superlicence at the time.

“We’re a small team up for a big challenge this season, so we’ve chosen a driver with the talent and hunger to match our own on-track ambitions.”

Will Stevens, Roberto Merhi and Alexander Rossi raced for Manor in 2015, but GP2 driver Rio Haryanto has been linked with the other place in the team’s line-up.