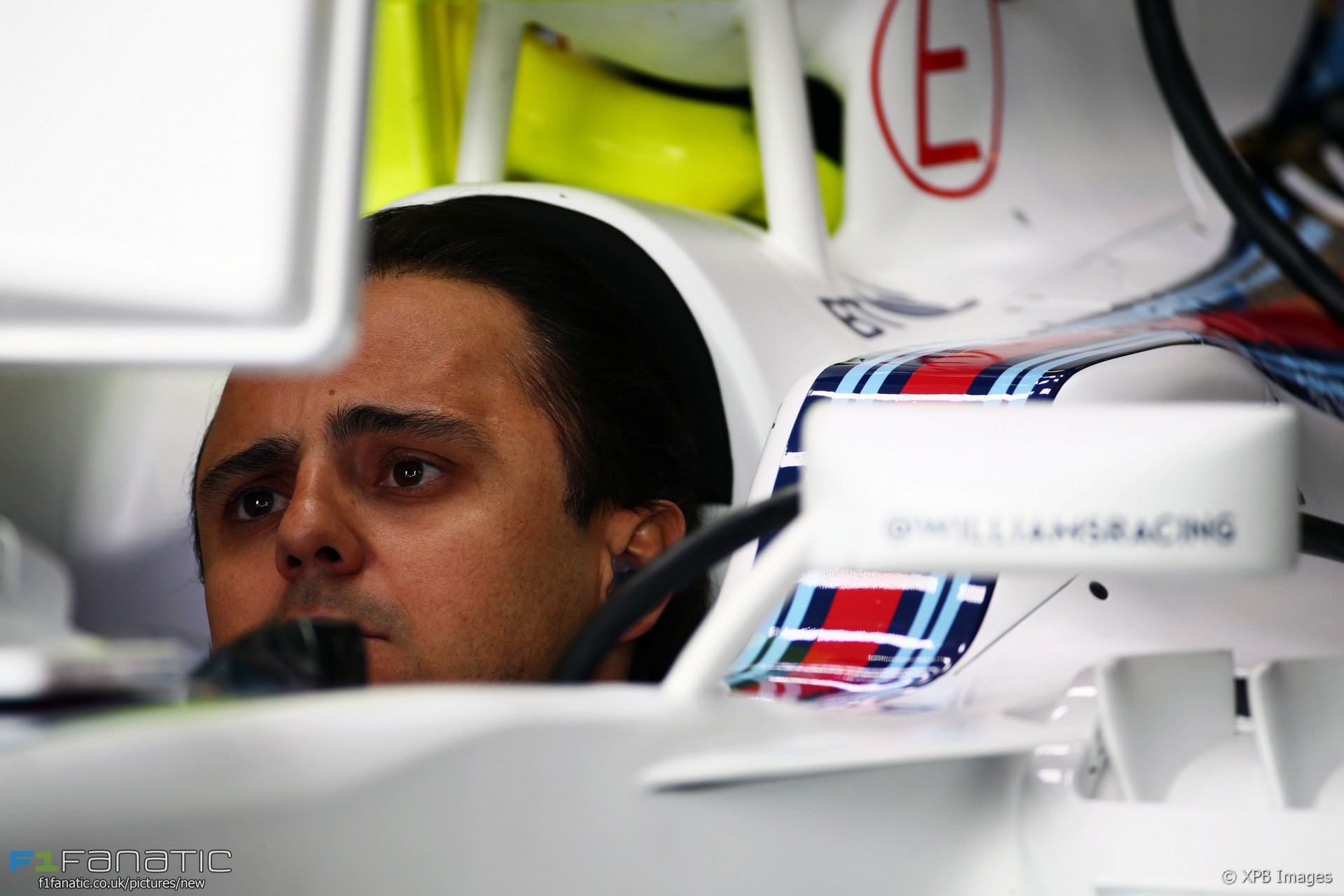 Felipe Massa believes his two tyre failures during first practice for the Chinese Grand Prix were caused by contact with his car’s bodywork.

The Williams driver suffered two separate left-rear tyre failures in just four laps of running during the first practice session. On both occasions smoke could be seen coming from the left-rear of the car shortly before the tyres deflated.

“We had two punctures,” Massa told Sky. “Why, I don’t know. We are investigating why we are having this problem.”

“For sure something is touching the tyre or the wheel or whatever. So we need to understand.”

Massa said the team sent him out for a second run because they were unsure what caused the original failure.

“We had no idea why we have this first problem,” he said. “So we checked this car, everything was OK, so we went again.”

“And then we had the same problem again on the out-lap which I was slow so for sure something is touching the tyre which we don’t understand why.”

The session was red-flagged after both of Massa’s punctures and the track was checked carefully for debris following the second. Kevin Magnussen also suffered a left-rear tyre failure around the same time, prompting concerns the track might have been contributing to the problem.

Massa is confident the team can get to the bottom of the failures. “I’m sure we’re going to have enough time now to check and understand any problem,” he added.