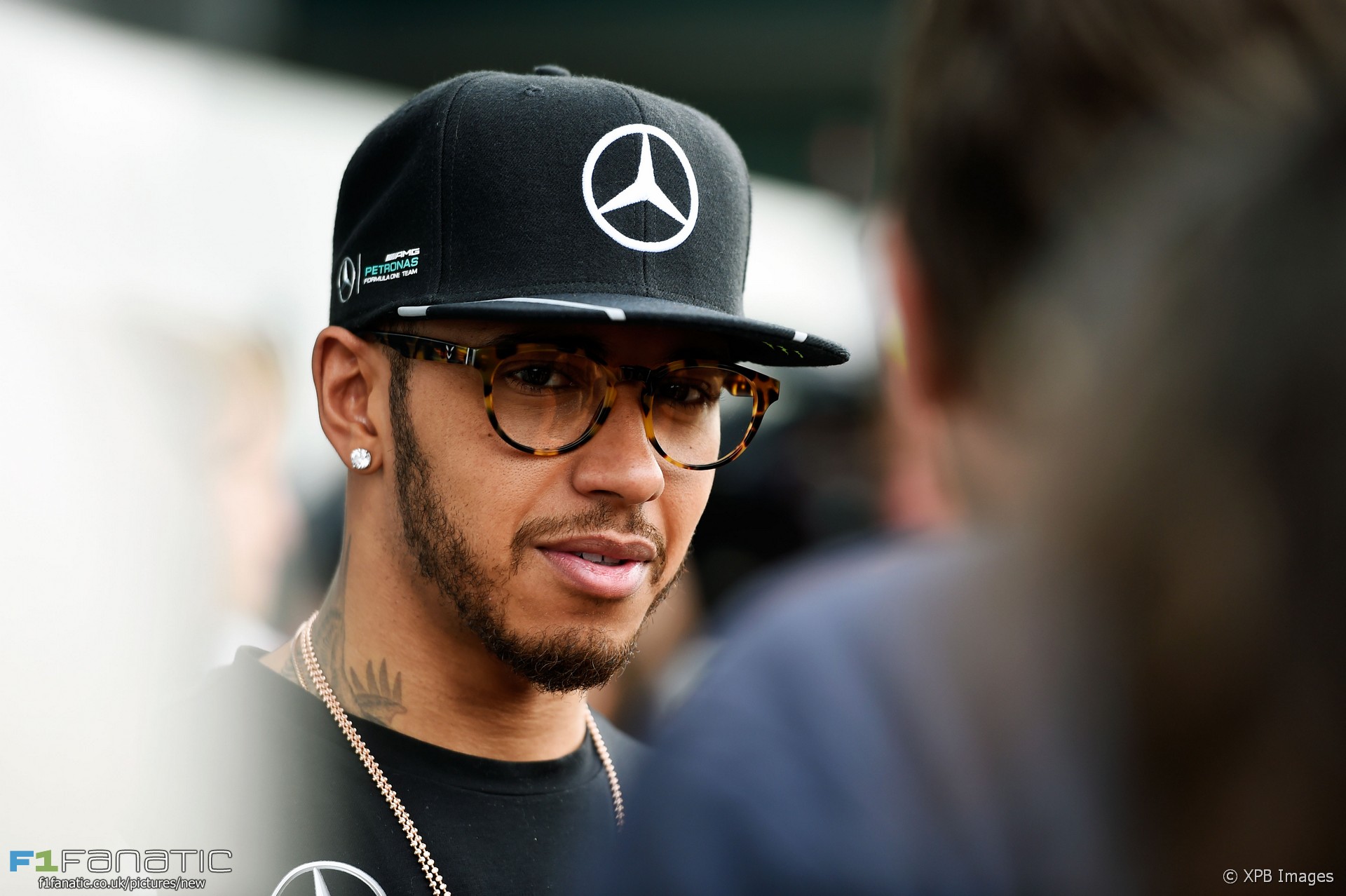 Lewis Hamilton says he does more to promote Formula One than his rivals do – and doesn’t feel he owes the sport anything.

In an interview with CNN (see video) Hamilton said he has “very little” say on the decisions taken about the sport but is “not really” interested in having a greater say.

Asked if he felt any responsibility towards the sport Hamilton said: “No.”

“So I don’t feel like I have any more responsibility. I’ve got some incredible fans and I give as much time as I can to motivate them and energise those who do follow me. So I don’t know what else I have to give to it. I’ve been there for ten years, love the sport, given my blood, sweat and tears for the sport. So no, I don’t feel like I owe it anything.”

Hamilton lags 36 points behind team mate Nico Rosberg in the championship but says he is reassured by how well he has been able to recover in the first three races.

“People make things look at lot worse than they are,” he said. “Of course I’m 36 points behind so that number in itself is quite big, that’s not a positive.”

“But if you look at Melbourne, the things that we learnt in Melbourne, the way I came back from seventh back to second. And still even in Bahrain drove from the issue I had back up to third. And in the last one it’s even worse again but still I had 18, 19 overtakes which is more than most and hopefully still showed that fighting spirit that I’ve always had since I was a kid.”

Hamilton said Rosberg has “done a great job” to win the opening three rounds of the championship.

“I’ve not been there to really be in the fight. So he’s had pretty much a breeze for the last three races. Good for him, enjoy it while it lasts because you never know how long it’s going to last.”

138 comments on “Hamilton: I do more to promote F1 than any driver”