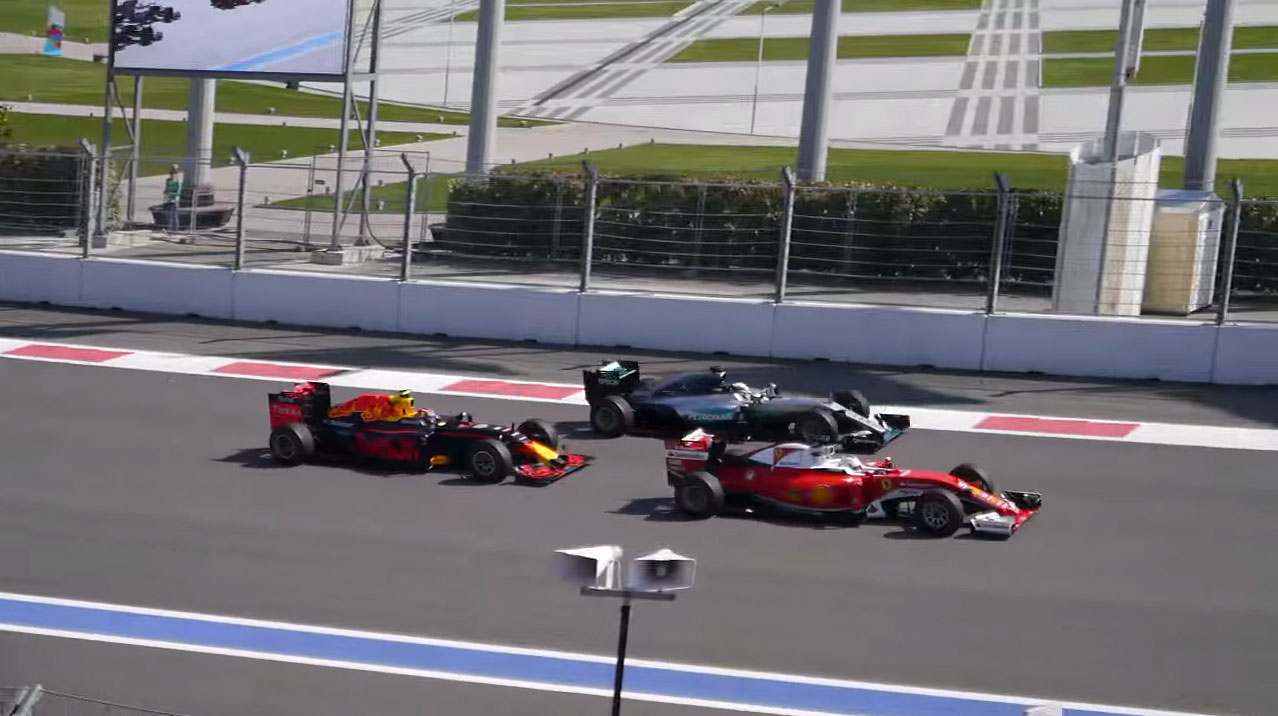 Footage shot by a fan at Sochi Autodrom shows the moment Sebastian Vettel’s race came to an end when he was hit for a second time by Daniil Kvyat.

Kvyat had already run into Vettel at turn two and as the pair rounded turn three Vettel slowed, possibly due to a damaged tyre sustained during the initial contact with Kvyat and the other Red Bull of Daniel Ricciardo.

The second hit from Kvyat at turn three, which the video shows, pitched Vettel into a spin which sent him into the tyre wall.

The video also shows how close Max Verstappen was to being involved in the incident. The Toro Rosso driver rounded the outside of Kvyat’s car at speed moments after Kvyat struck Vettel. The other Toro Rosso of Carlos Sainz Jnr also had to take avoiding action as the Ferrari and red Bull tangled.

Kvyat was given a ten-second stop-go penalty and three penalty points for causing the collision, which he accepted responsibility for.