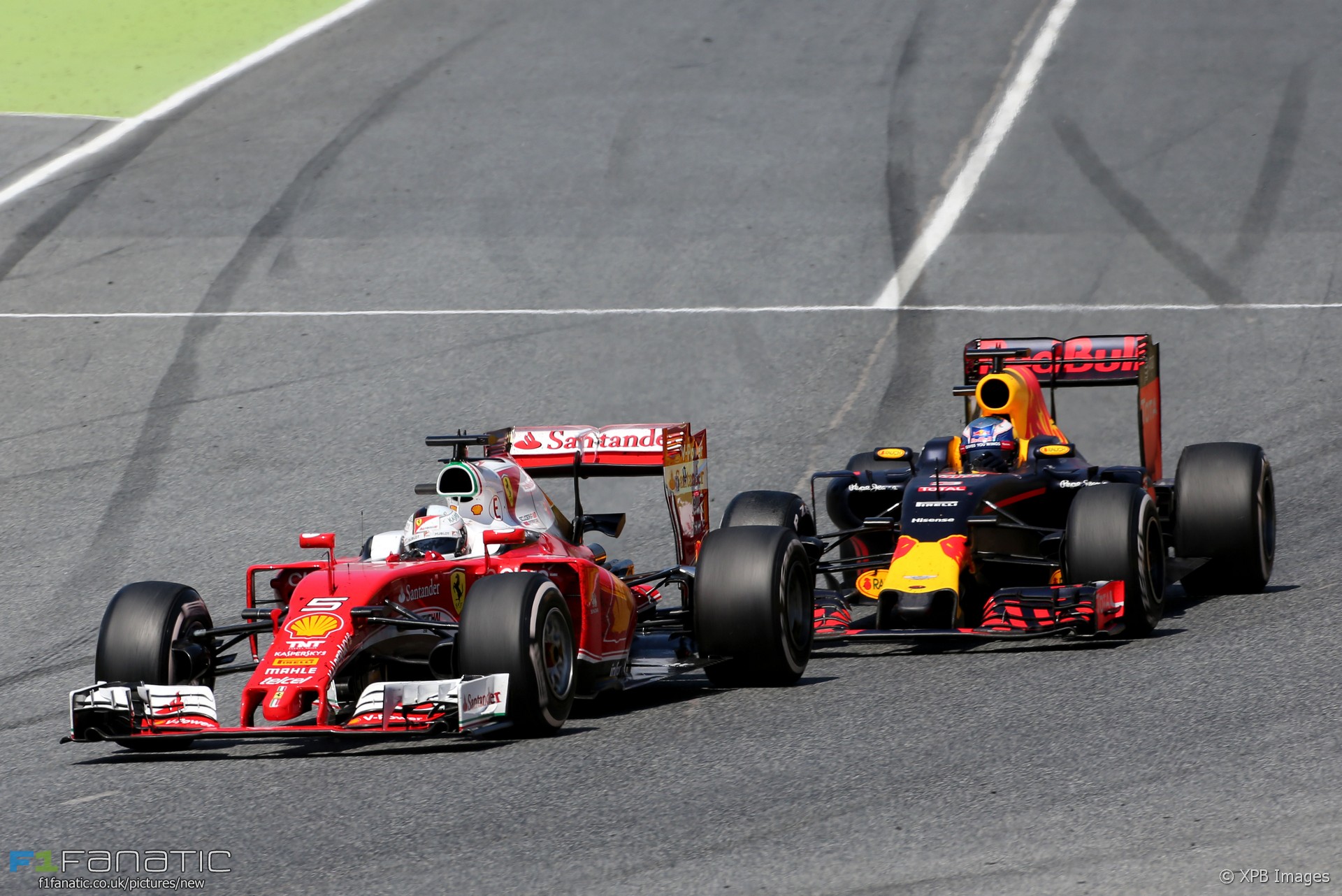 On lap ten in Melbourne it seemed the 2016 season has begun very well for Ferrari.

Sebastian Vettel led the field and the team’s other car was two-and-a-half seconds behind. Kimi Raikkonen had the leading Mercedes of Nico Rosberg covered, and the second silver car belonging to Lewis Hamilton was boxed in behind Max Verstappen’s Toro Rosso.

Had it not been for a slip-up in the pits, Ferrari could have converted that strong start into a victory in the opening round of the championship. But six races later that flying start has been largely forgotten. There has been little sign of Ferrari’s Mercedes-rivalling pace we glimpsed in Melbourne since then.

Vettel’s move to Ferrari last year seemed perfectly timed. He enjoyed a honeymoon season, taking three victories in what otherwise would have been a Mercedes rout. We quickly became accustomed to his exuberant shouts of ‘grazie ragazzi’ on the team radio.

But recently the Ferrari radio has been characterised by explosive bursts of frustration from Vettel as instead of taking the fight to the silver cars he has increasingly found himself fighting his former team.

In Russia a gearbox change penalty left him in the firing line of Daniil Kvyat’s RB12 at the start. In Spain a clear victory opportunity went begging and Vettel was left fending off Daniel Ricciardo for the final spot on the podium.

The cause of Ferrari’s slide is no mystery. The team has been unable to extract the maximum grip from Pirelli’s fickle tyres during qualifying. It was as much a problem for them on soft tyres at the abrasive Circuit de Catalunya as it was on the new ultra-soft compound at the low-grip Monte-Carlo track. And most troubling for the team, a rare opportunity to work on the problem during a two-day test in Spain appears not to have solved it.

That has allowed Red Bull to capitalise. In three of the last four races they have been closer to Mercedes’ pace than Ferrari – and at the last round in Monaco they even out-qualified the team which has been F1’s pace setters since 2014.

This was arguably a very significant moment. It was only the third time Mercedes have been out-qualified since V6 hybrid turbo era began, and on the two previous occasions mitigating factors were involved. Williams beat them in Austria in 2014 after the Mercedes drivers made mistakes on their laps. And Ferrari took pole position in Singapore last year on a weekend when Mercedes were bafflingly off-form.

Red Bull, however, demonstrated genuine Mercedes-beating pace – albeit on a highly unusual circuit:

The result is instead of Ferrari taking the fight to Mercedes, they’re looking over their shoulders at the Red Bulls which are closing on them rapidly. In the constructors’ championship Ferrari only nine points ahead of Red Bull. Had Kvyat not wrecked the points-scoring chances of both Red Bulls in Russia the team might already be ahead.

What happens in the coming races will be crucial in deciding how this battle is resolved. Red Bull delivered at the Circuit de Catalunya and Monte-Carlo, tracks where the RB12’s superior cornering was always going to give them an advantage. The Circuit Gilles Villeneuve and Red Bull Ring place a far greater premium on horsepower.

The arrival of Renault’s potent new engine upgrade is therefore very well-timed for Red Bull. If Ferrari can’t get on top of their qualifying problems soon they may find their time as ‘best of the rest’ has been brief.