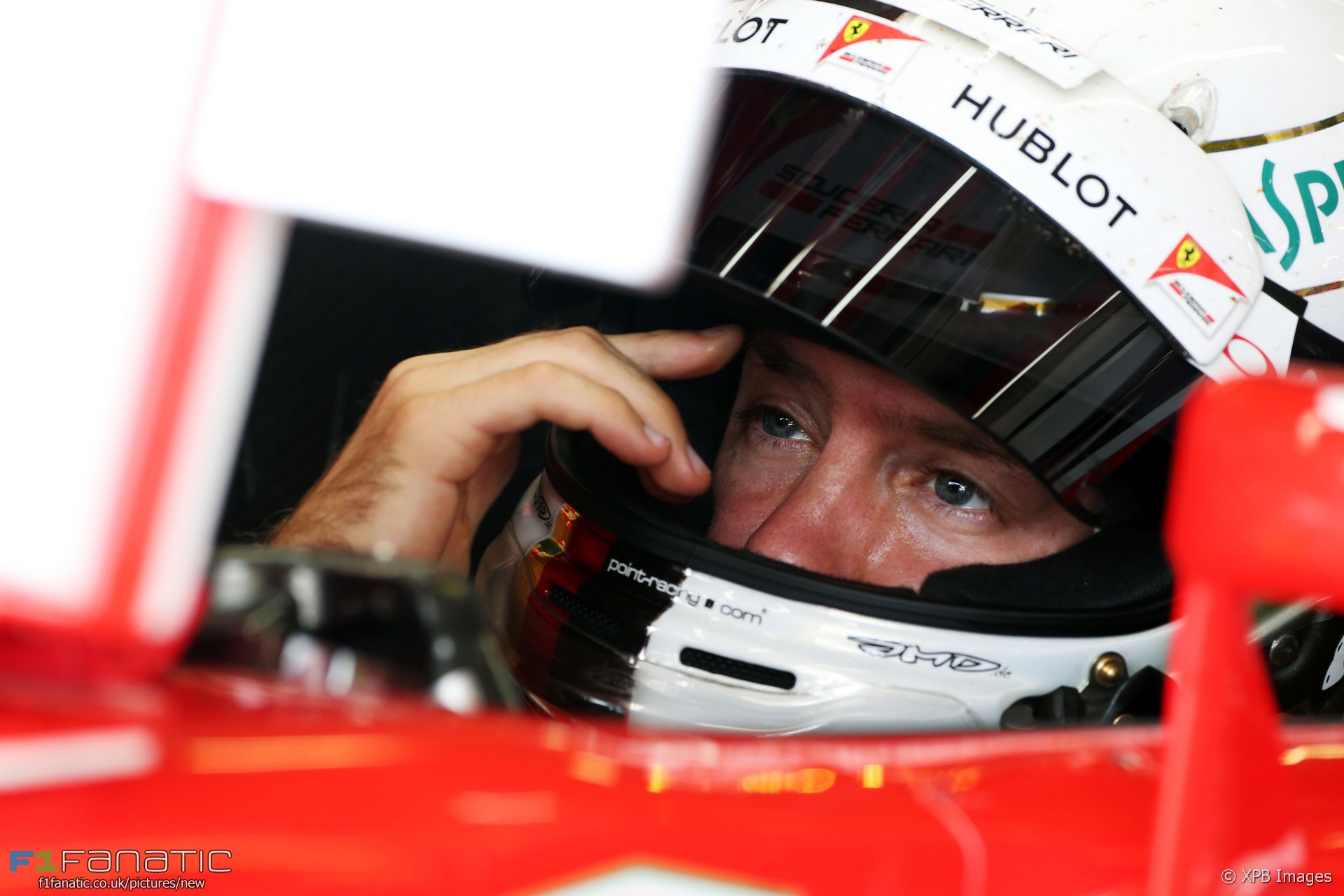 Sebastian Vettel disagrees with his penalty for forcing Felipe Massa of the track.

The Ferrari driver believes he should have gone unpunished as he did not intend to force the Williams wide while overtaking it at Village during the race.

“I don’t think it was necessary,” he told reporters after the race. “It’s not like I was purposefully trying to squeeze him out.”

“Obviously for him it’s bad because I don’t know if he had as little grip at that point as I had. For him it looks like I’m just forcing him off the track but I couldn’t go anywhere else. If I was picking that line on my own why do I go off-track?”

The stewards gave Vettel a five-second time penalty and two penalty points on his licence – the only two he has so far.

Vettel could only finished ninth after starting eleventh. He made an early change to slick tyres but lost time with a spin.

“I think the call to come in was right but then obviously I lost a lot of time when I spun,” he said. “So all the advantage was lost again and from then it was quite difficult to pass and move ahead.”

“So I think overall not our day, not quick enough, simple as that.”