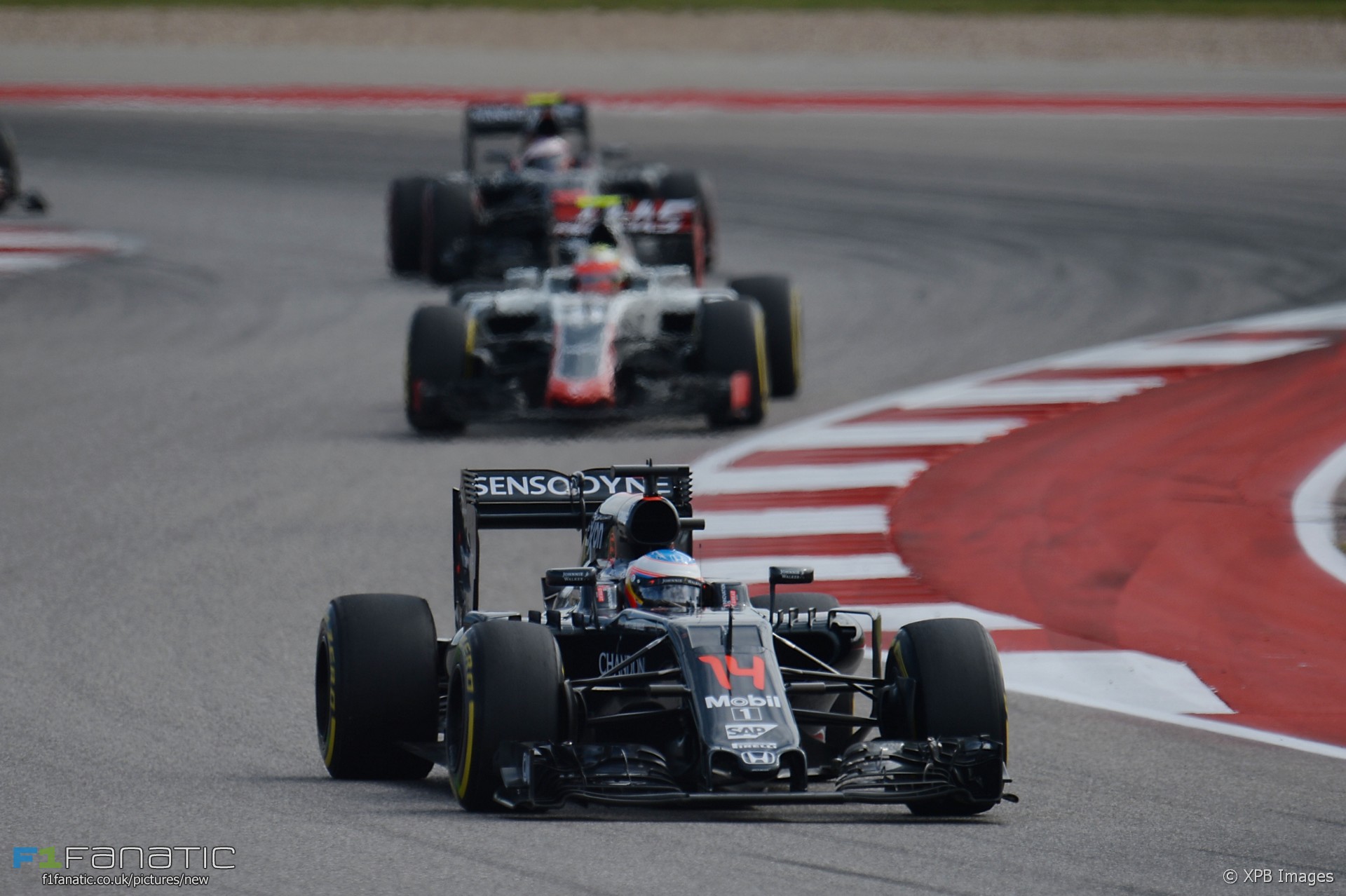 Fernando Alonso’s fifth place in the United States Grand Prix has been confirmed as the stewards have taken no action on his collision with Felipe Massa.

A statement issued by the stewards said they had “examined the evidence and concluded that no driver was wholly or predominately to blame for the collision”.

Before the ruling was announced Alonso told media at the circuit the collision had been a “racing incident”.

“I think that I was side-by-side with him, it’s not that I was coming from behind or any crazy thing. I was already side-by-side so it was not the space for him to come in. But the stewards will decide. Hopefully everything remains like a race incident.”

However Massa said the incident was “a little bit different” to how Alonso described it.

“I was doing the corner and he just dived completely inside. I was already entering the corner, he just hit my car and I had a puncture and destroyed the opportunities I had in that moment. So I think yes, for sure, it’s his responsibility.”