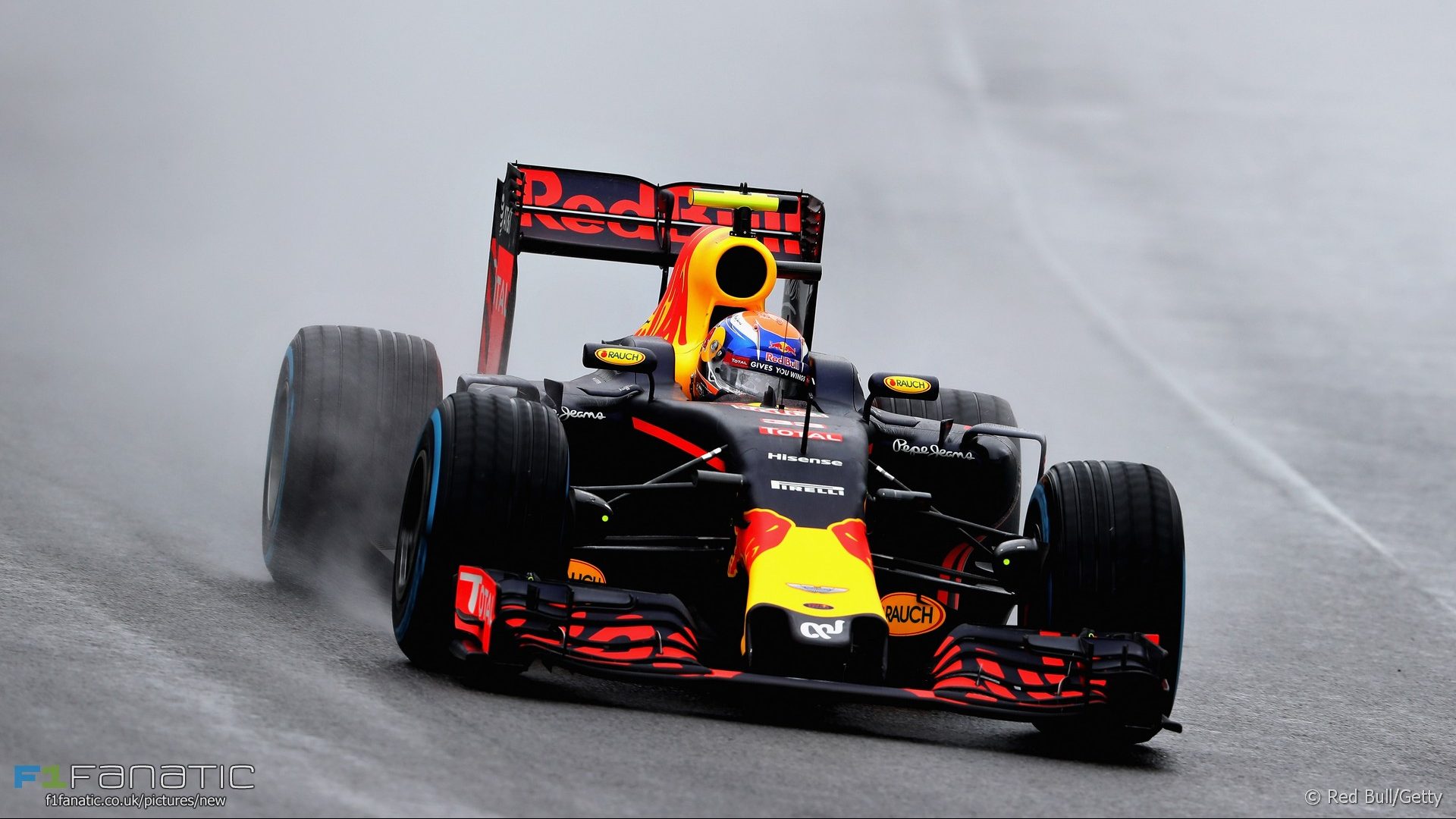 From Lewis Hamilton and Nico Rosberg colliding in Spain to Max Verstappen’s immense save in Brazil, here are ten of the best F1 fan videos from 2016.

Daniil Kvyat’s home race turned out to be his final start for Red Bull. Having already knocked Sebastian Vettel into the team’s other car at the first corner, he then rammed the Ferrari out for good at turn four. Kvyat’s loss soon proved to be Max Verstappen’s gain.

Round five and Lewis Hamilton was desperate to stop Nico Rosberg taking his eighth victory in a row. This crash meant he succeeded, but not in the manner he would have preferred.

Despite strong warning from Mercedes to avoid a repeat of what happened in Spain, just four races later the pair clashed again. This time it was on the final lap at the Red Bull Ring and both drivers were able to make it to the finish, though Rosberg dropped out of the podium places.

With Hamilton at the back of the grid Rosberg looked vulnerable to Verstappen and the Ferraris on the grid at Spa. But the trio took themselves out of contention with this first-corner collision.

If there’s one thing they like to see at Monza it’s red cars passing silver ones. Another poor start for Hamilton allowed the Ferraris to get ahead, though it proved only temporary.

All seemed lost for Rosberg when he became the latest driver to be involved in a first-lap collision at Sepang. But Hamilton’s retirement with an engine failure later in the race swung the championship balance in his favour.

The controversy in Mexico began with the run-off area at turn one which three drivers cut during the race. Verstappen was the only one of the three to pick up a penalty. In an unprecedented move, race director Charlie Whiting joined the drivers for a press conference to explain the reasoning behind the decisions:

In pouring rain at Interlagos, Kimi Raikkonen’s Ferrari aquaplaned into a barrier. With the field blinded by spray Manor’s Esteban Ocon missed him by what he described as “millimetres”.

Max Verstappen went on a charge at the end of the Brazilian Grand Prix, passing car after car in treacherous conditions. But he was fortunate to still be on the road following this incredible save while chasing Hamilton for the lead. The crowd clearly appreciated his efforts.

After a nerve-shreddingly tense final race, Rosberg finally clinched the 2016 world championship and celebrated with a few doughtnuts.

Find more videos shot by fans at races this year and share your own via these links: