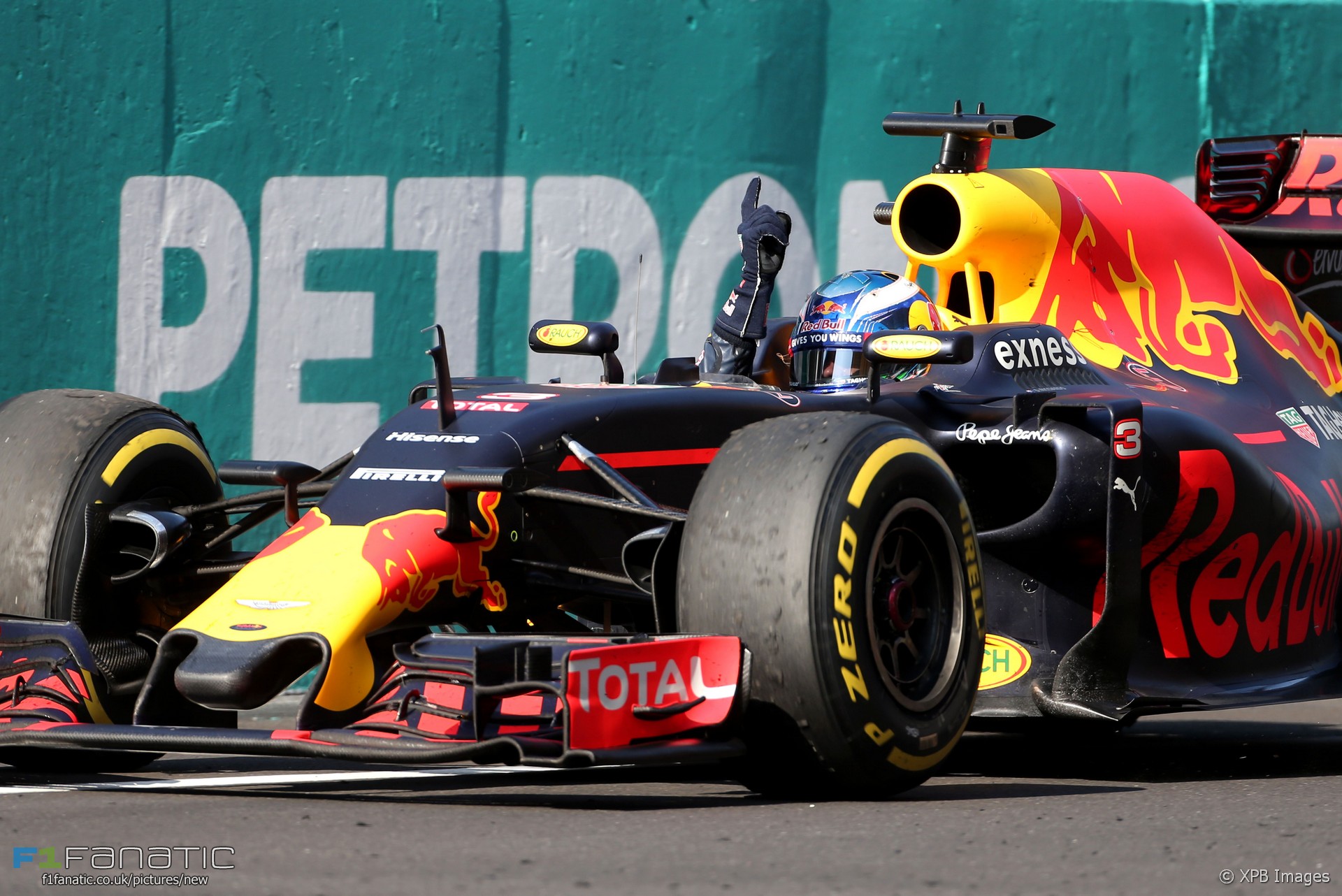 Red Bull spent the 2015 season repeatedly threatening to quit Formula One as they struggled with an uncompetitive Renault engine.

In 2016 all was forgiven and forgotten. The Renault was more competitive, the team took a pair of wins and regained second place in the constructors’ championship. Their former talk of quitting was quietly ignored.

Renault power unit upgrades and Red Bull’s enviable pace of aerodynamic upgrades brought the RB12 into victory contention. But it was an upgrade to their driver line-up which provided one of the year’s most surprising stories.

Despite minimal running in the RB12 Verstappen hit the front after the two Mercedes drivers took each other off the track. He and team mate Daniel Ricciardo had the two Ferraris bearing down on them, Red Bull split their strategies to ensure all options were covered, Verstappen ended up on the better one and the 18-year-old made history.

Monaco should have been their second victory in a row. Ricciardo flew through the streets of the principality and became the only non-Mercedes driver to start a race from pole position. But the team fumbled his final tyre stop, caught in two minds about which compound to use, and a likely victory was thrown away.

Ricciardo eventually got his win in Malaysia. However merely being in contention for victories had come as a surprise according to team principal Christian Horner.

“We came into the year thinking, ‘you know what, to get into the top five will be difficult’. But the guys have produced a great car. The people at Renault have done a good job with the engine over the winter. Our season has just grown stronger and stronger.”

Yet arguably Red Bull’s greatest success all season long came off the track. In 2015, despite enjoying the strong support of Bernie Ecclestone, they had been unable to overthrow F1’s engine regulations in favour of a formula which suited them better.

But their lobbying for a radical change in Formula One’s aerodynamic rules, allowing them to capitalise on their key strength as a team, was successful. It could prove the final piece in the puzzle which restores them to being championship contenders.

With an improving Renault engine and arguably the best driver line-up in F1 today, next year promises to be even better for Red Bull.