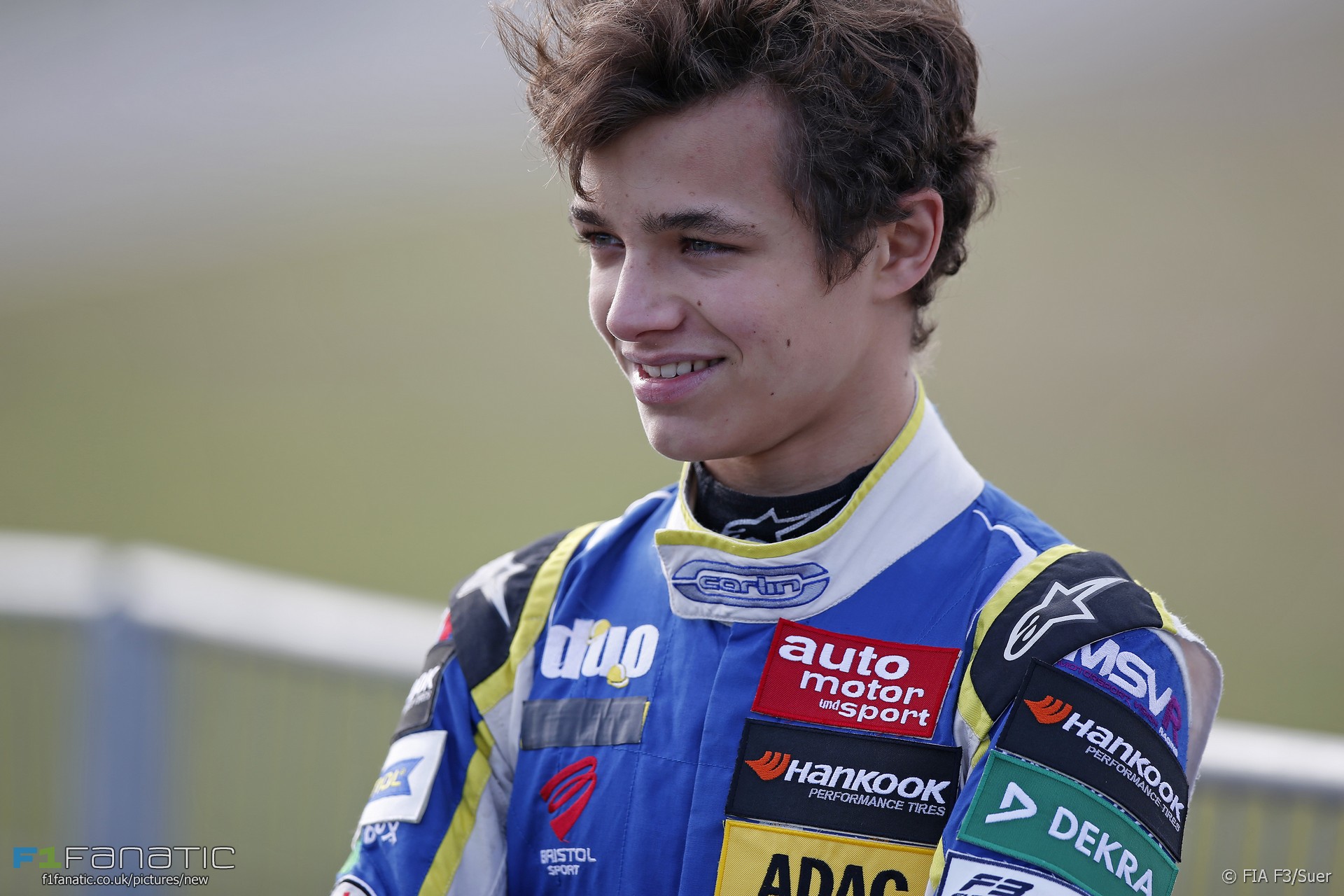 He also won the McLaren Autosport BRDC Young Driver of the Year Award, earning him the chance to test a McLaren F1 car. Norris will race in the European Formula Three championship this year.

Stoffel Vandoorne will become the latest graduate of McLaren’s young driver programme to start a full season for the team in 2017.

Nyck de Vries remains a part of the scheme alongside Nobuharu Matsushita. The latter will continue in GP2 this year while De Vries is yet to announce his plans.

“It’s a grand testament to the success of our Programme that first Kevin [Magnussen] and now Stoffel have succeeded in their ambitions to become grand prix drivers.” said racing director Eric Boullier.

“And, although the Programme is a relatively recent creation, in truth we’ve been nurturing and developing the careers of up-and-coming drivers for many decades.”

McLaren executive director Zak Brown, who has worked with Norris previously, described him as “a fabulous prospect”

“He blew the doors off his rivals in not one but three highly competitive race series last year, then capped that by establishing himself as the clear winner of the McLaren Autosport BRDC Award.

It was an impressively mature performance, and we’ll be developing him this year as part of our simulator team, whereby he’ll be contributing directly and importantly to our Formula One campaign at the same time as honing and improving his technical feedback capabilities.