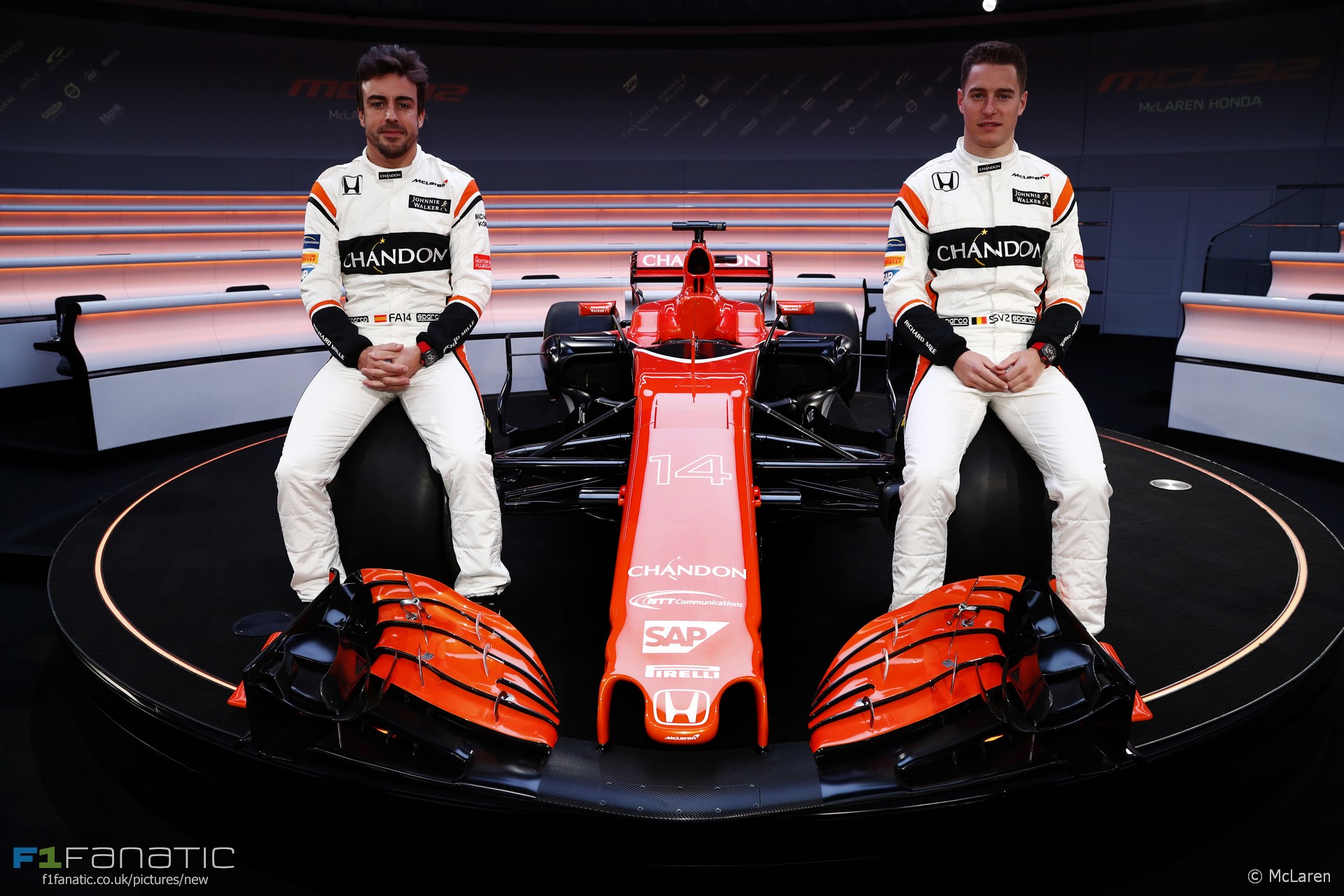 The first pictures of the new McLaren MCL32 for 2017 have been revealed.

The team unveiled their car for the first time at the McLaren Thought Leadership Centre in Woking.

McLaren say their new racer “follows in the evolutionary footsteps of its two immediate predecessors, MP4-30 and MP4-31, but it has been overhauled in every area as the design team has looked to capitalise on a series of new aerodynamic regulations introduced for 2017.”

They describe the MCL32 as “an extremely elegant but aggressive-looking race car, fitted with Honda’s latest-generation power unit, the RA617H, which has been thoroughly revised by the company’s team of talented engineers.”

The car’s livery marks a departure from the black designs used for the past two seasons and a return to McLaren’s heritage orange colouring.

McLaren’s executive director Zak Brown explained this was in response to demands from the team’s supporters. “We went through a variety of designs and ultimately it was in response to fans,” he said. “We’ve had so much outreach from the fans, ‘we want to have some orange’.”

McLaren has gone four seasons without winning a race and Brown stopped short of saying this will be the car that ends their drought.

“We’re going to get there,” he said. “This team’s highly frustrated that we’re not winning races. We’ve got a new package and with these things it takes a little bit of time.”

“2015 was obviously a very difficult year, ’16 wasn’t a great year by McLaren standards but it was forward progress. And I think that’s what we want to see in 2016 is that forward progress and once we get there we’ll be pretty hard to knock back down.”