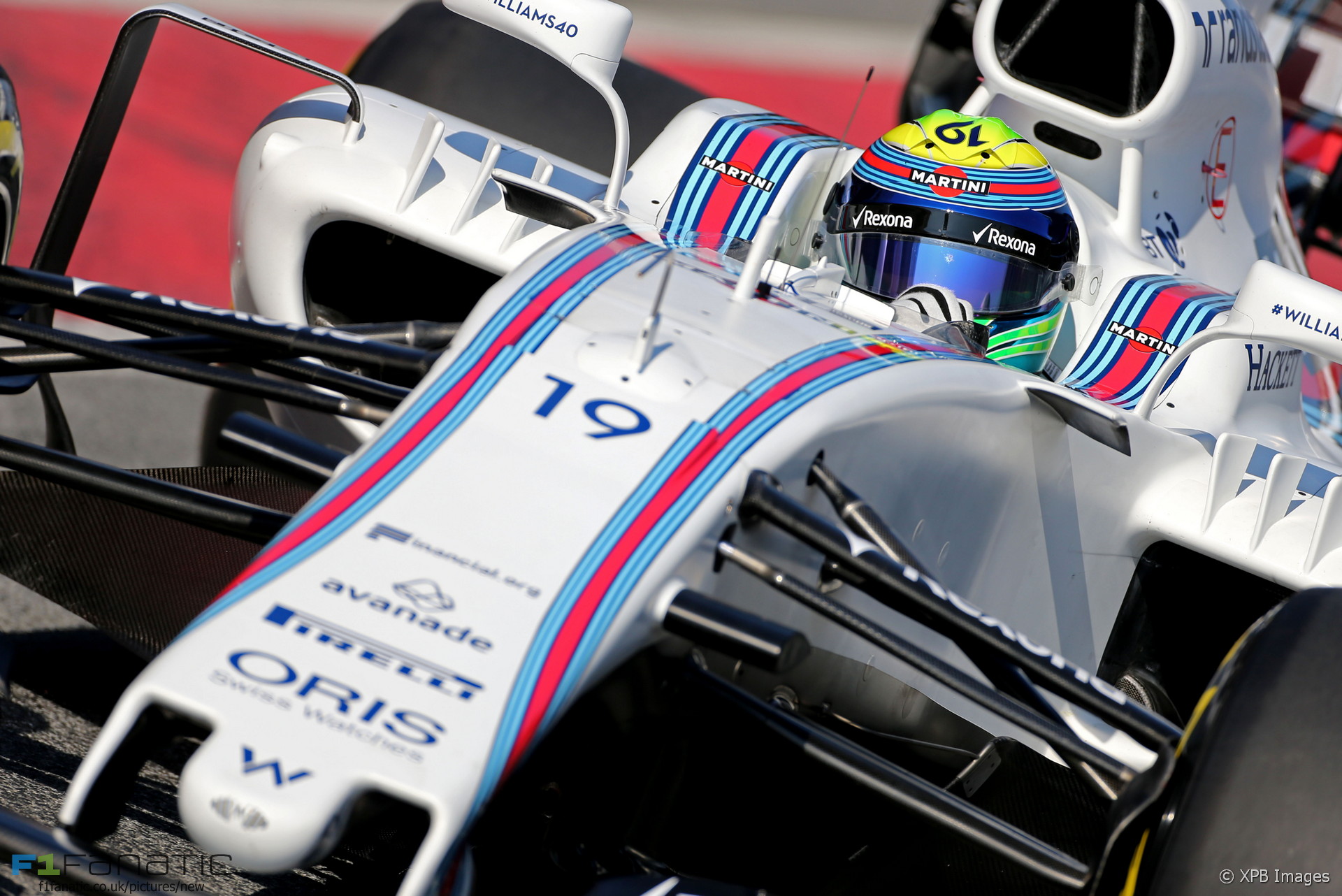 Felipe Massa revealed the discussions which led to him cancelling his F1 retirement began to just days after he said farewell to Williams at the team’s Christmas party.

Speaking after the first day of testing for his 15th season in F1, Massa explained how Nico Rosberg’s shock retirement led him to cancel his.

“I didn’t call anybody,” said Massa. “If anybody wants to talk to me they need to call me. So that’s exactly what happened.”

“I was just waiting and trying to see, following the media, and then it happened. Actually it happened two days after I had the Christmas party with the team saying ‘bye-bye’ to everybody.”

“And then I received first of all an SMS from Claire [Williams]. She was just writing if I would accept to stop my retirement. And I said ‘I think we need to talk’. And then she called me straight away so we spoke.”

“Then I took the plane to England to speak with her. We had a very long conversation. It took a little bit of time to be a hundred percent clear which was not just due to myself but because there were so many things around with Mercedes, with Valtteri [Bottas], with me.”

Massa said he would only have accepted returning to F1 with a competitive team.

“I was for sure not ready to carry on in Formula One just to be part of the grid,” he said. “If I work somewhere I need to work in the place that I feel important, that maybe I can be competitive.”

“It’s impossible to say for the moment where we are and how it’s going to be this season. I took this decision to carry on because I found the possibility to stay in the professional direction.”

Massa said his family fully backed his decision, joking “you guys have the wrong idea about my wife!”

“I remember when I told her I was going to stop she was a little bit surprised because normally that’s what I did all my life, so what are you going to do now?”

However he admitted to having some reservations about coming back following his emotional departure from the sport at the end of last year.

“I never saw a driver that had an amazing retirement like me. Everything that happened in Brazil, even in Abu Dhabi, so I had a lot of nice feeling from the people. So then I said ‘OK I did my retirement, now I’m coming back’ so it was not easy for me.”

15 comments on “I came back to be competitive – Massa”